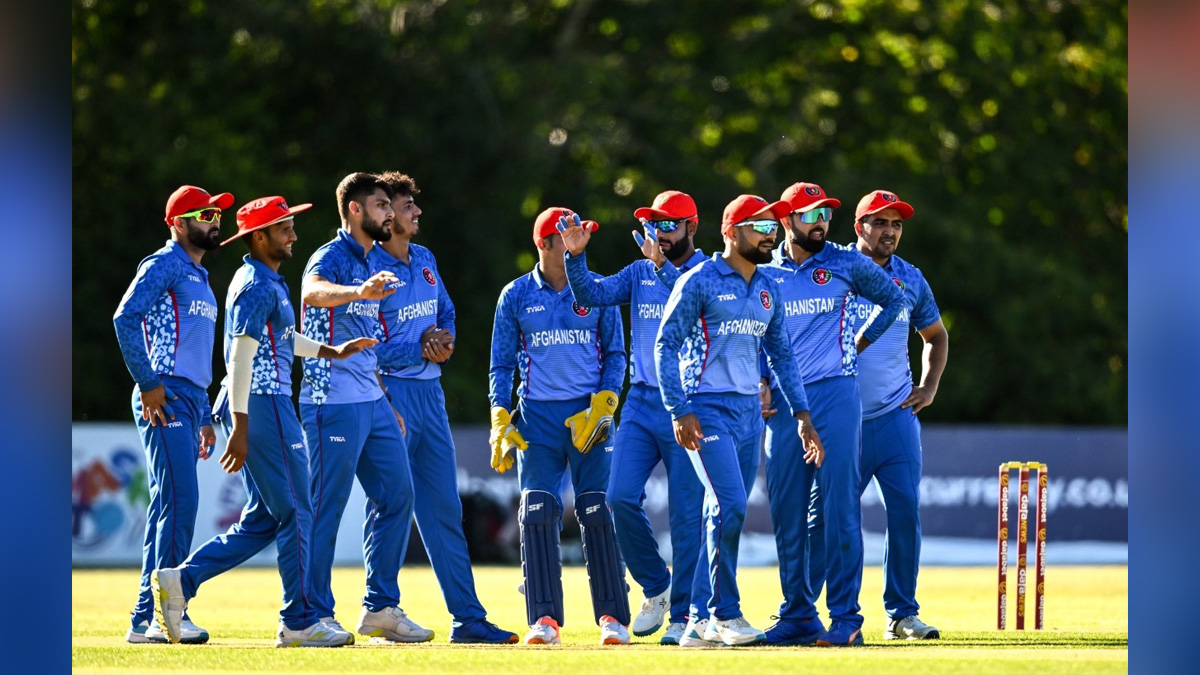 Belfast (Ireland) : Ireland’s middle-order batter George Dockrell struck his maiden T20I half-century but the hosts still ended up losing the third game by 22 runs as Afghanistan clawed back after two successive defeats to finally taste success in the five-match series on Saturday (IST).

The touring side’s top four batters delivered to put up a strong total of 189/5, and Ireland were quickly reduced to 36/4 in their run chase.The hosts looked down and out at 85/7 in the 13th over, but Dockrell (58 not out off 37 balls) and debutant Fionn Hand (36 off 18) kept Ireland’s hopes alive with an eighth-wicket partnership worth 74 just six runs short of a world-record eighth wicket stand in T20I cricket, according to Cricket Ireland.

In the end, though, Afghanistan held on to celebrate their first win of the series to make it 1-2 after three games.Afghanistan were quick to put aside a difficult performance with the bat in the second T20I 11 runs from Mark Adair’s opening over set the base for a 90-run opening partnership between Rahmanullah Gurbaz and Hazratullah Zazai.

Gurbaz was the more expansive presence at the top of the order, hitting eight fours and a six on his way to a 31-ball half-century, the landmark reached from the final ball of the 10th over.

Ireland were finally able to celebrate in the 12th over, when Gurbaz slashed hard at Josh Little the ball met the edge of the bat, ballooning up high and eventually into the safe hands of Adair at short third man.

A couple of overs later Hand was able to celebrate his first international wicket, with Zazai finding Paul Stirling at short third, who took a fine tumbling catch low to his right.But the loss of the openers didn’t hinder Afghanistan, with Ibrahim Zadran stepping up in an enterprising cameo he smashed a quick-fire 36 before an attempted stroke down the leg-side saw him guide a Little delivery to the wicketkeeper.

Set a steep target of 190, Ireland were in trouble quickly in their chase, losing Stirling for a duck in the first over the right-hander couldn’t take advantage of a full toss, hitting Fazalhaq Farooqi to Usman Ghani at cover.

A couple of overs later Farooqi was celebrating the wicket of the other Irish opener Balbirnie also fell victim to a full toss, slashing a wide delivery to backward point to depart for 1.

It’s not that easy making a comeback after injury or layoff : Maninder Singh on KL Rahul’s return