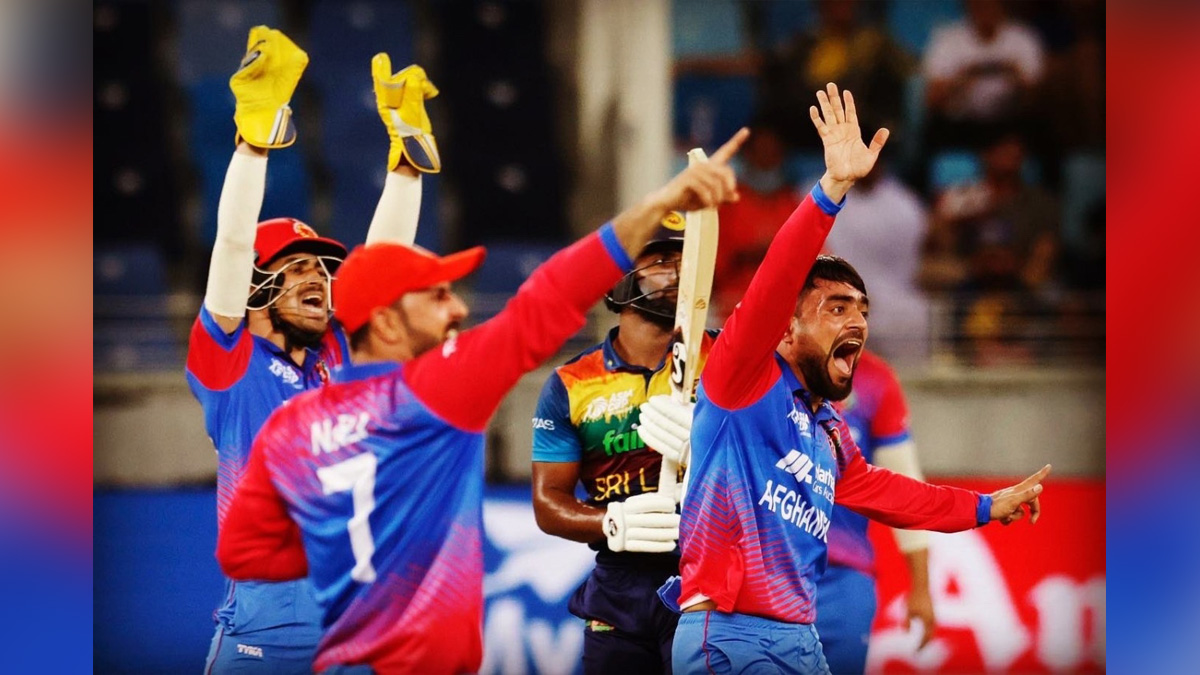 Dubai : Charismatic Afghanistan spinner Rashid Khan believes the fact his country’s cricketers play in various domestic leagues across the world and bring that experience back into the side is perhaps the reason for the team doing well in the shortest format of the game.

Afghanistan began their campaign in the Asia Cup in the UAE, thrashing Sri Lanka by eight wickets in Group B on August 27, signalling they cannot be taken lightly with a wealth of talent in the side.

Opener Hazratullah Zazai and Rahmanullah Gurbaz gave a rollicking start to the chase after left-arm pacer Fazalhaq Farooqi had grabbed three wickets to demolish the former Asia Cup champions to 105 in 19.4 overs.

As Afghanistan look set to take on Bangladesh in their second Group B match in Sharjah later on Tuesday, Rashid, who has also honed his batting and bowling skills playing in various T20 leagues across the world, including the Indian Premier League, said to ESPNcricinfo that the lack of experience in Test cricket is compensated by playing in the T20 leagues.

“We don’t play a lot of longer format cricket. It is about the FTP (Future Tours Programme), and not in the players’ hands. We want to play a lot of international cricket, so that our youngsters can understand the environment to improve their skills.

If there’s international duty, you have to be present. It is always first priority. But we are hopeful of playing more international games in the coming years,” Rashid, who played a key role in guiding Gujarat Titans to victory in IPL 2022, was quoted as saying in the report.

Rashid felt whoever is able to handle pressure better in the Asia Cup clash later on Tuesday will have the advantage.”We have more youngsters now than before. Most of the guys enjoy this short format. We are playing in Sharjah after a long time, but at the same time, our cricket remains the same.

We know our roles. We are playing Bangladesh away for the first time since Dehradun, so it has been four years. At the same time, whoever plays better cricket and controls their nerve in the big game, they will do the best. As a team, we will prepare well and go with a fresh mind and enjoy the cricket.”

Playing in CWG final would have been huge but bronze too is a major achievement : Deep Grace Ekka