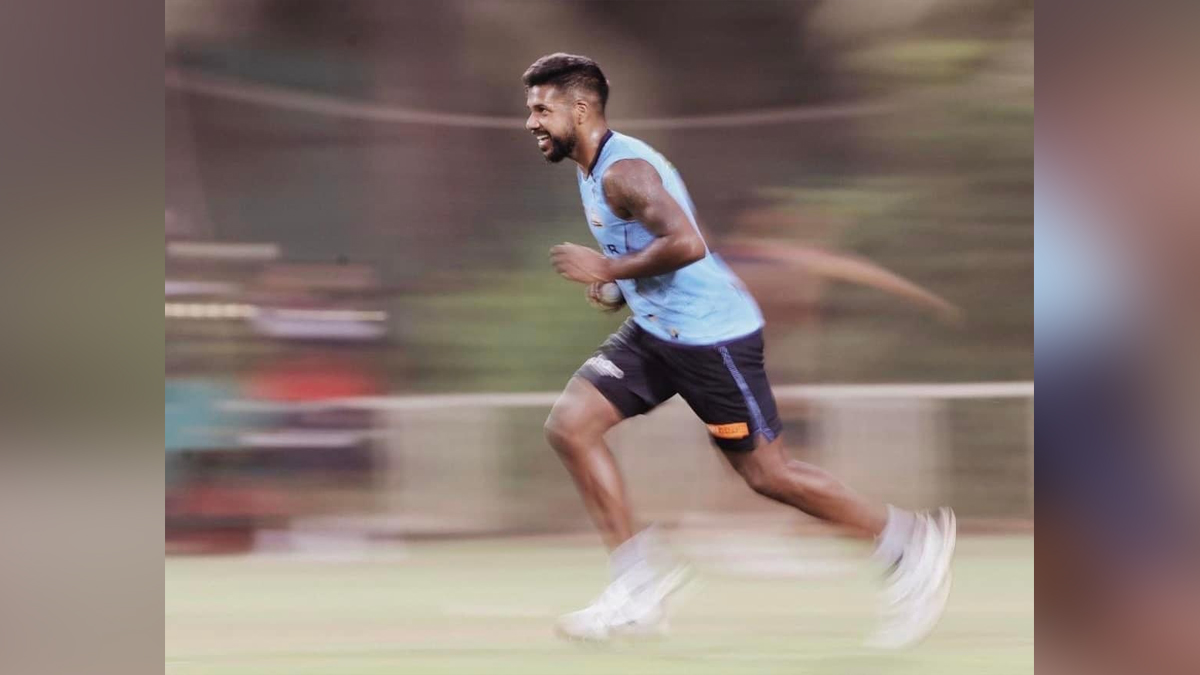 New Delhi : After playing for Jharkhand for 14 long years, Indian fast bowler Varun Aaron has parted ways with his state side and is keen to challenge himself at a new setup in Baroda in the upcoming 2022-23 season of domestic cricket.

The 32-year old pacer made his debut for Jharkhand in 2008, and also led the side on many occasions. However, he is now set to represent Baroda and win matches for them.

“I’ve been playing for them for a very long period of time and such offers have come up previously as well, but I could just never take them because I’ve been playing with them for so long and connected with the people in Jharkhand, with my teammates, everybody in the association,” Varun told IANS in an exclusive interview.

“But this year felt a little different because Jharkhand is going through a change in the administration. Even Amitabh Chaudhary passed away this year and I also wanted to challenge myself and play for a different state, different setting altogether.

So it just felt like the right time to make this move and I wanted a breath of fresh air and to play for a different state,” he added.For Varun, the decision to leave Jharkhand, with whom he has seen the highest of highs and the lowest of lows and made some incredible friends, wasn’t easy.

According to the pacer, his teammates and state association, understood the reason behind his decision.”There was initial disappointment that I’m leaving, but after I explained my reasons, they were a lot more accepting and they were like, Yeah, I mean, taking this call for the right reasons.

And at the end of the day, I’m motivated to play at the highest level and this decision to change state definitely comes from there,” he said.One of the fastest bowlers of India, Varun’s career had been marred by injuries time and again deflating his innate talent.

The constant injuries have been frustrating, forcing the pacer to be in and out of teams. However, with his best possible fitness and hard work, he is hopeful about his future.”Injuries are frustrating, there’s no two ways about it.

But that’s part and parcel of being a fast bowler, especially when you’re demanding so much from your body over a long period of time. These things tend to happen, but, but I have always tried to work on it, find different ways to combat injuries,” the pacer said.

“I had a really good period between 2018 and 2020. In 2021, I wasn’t injured, but I got a really bad case of laryngitis (infection in the larynx), which bothered me for a year. But otherwise my body’s been pretty good, it hasn’t been that troublesome.

“And, I’m working with a great set of trainers and coaches to combat injuries. But like you asked me, how does it feel, it certainly doesn’t feel good. Every cricketer loves to be injury free and doesn’t want to take breaks constantly from the game.

But, I’ve just accepted it the way it has been. I hope in the future, with the amount of hard work I am putting in and working with the right people, I don’t think I should have constant injury in the future,” he added.

Asked whether any expert, specialist or coach tried to make any changes to his bowling action to avoid injury, Aaron said it wasn’t required since he has a very clean action. Despite the injuries, the pacer never compromised with his pace.

“Not exactly. My action is very clean and there is not too much wrong with it. Actually, when I was younger, I had a lot of stress fractures in my back. So, once you fracture one bone in your back, it snowballs into a lot of other things.

“But, I didn’t want to slow down, the easiest thing for me was to slow down and reduce my pace and I wouldn’t have been injured at all. The thing is once you have back surgery, once you have certain complications, you just have to work that much harder.

You just got to do that much more to play the game. And I feel that’s what’s happened, but like I said, I don’t think it should be a problem anymore.”The Jharkhand-born cricketer has also added few new things in his armoury and not just relying on his sheer pace as he feels that having different variations is the need of the hour.

In today’s day and age, you really have to come up with a lot of variations apart from your strength (my strength is pace).So, it’s a mix of everything,” he said.Talking about his goal for the upcoming Ranji Trophy season, the veteran bowler said his only aim is to win matches for Baroda.

“My only goal is to win the team games. I am somebody who keeps the team before me and feels the only way of winning team games is obviously getting wickets and bowling in crucial times and getting those breakthroughs.

I’ve come to Baroda this year to help them win games, and I feel the more games I win, the better it will be for me,” he said.