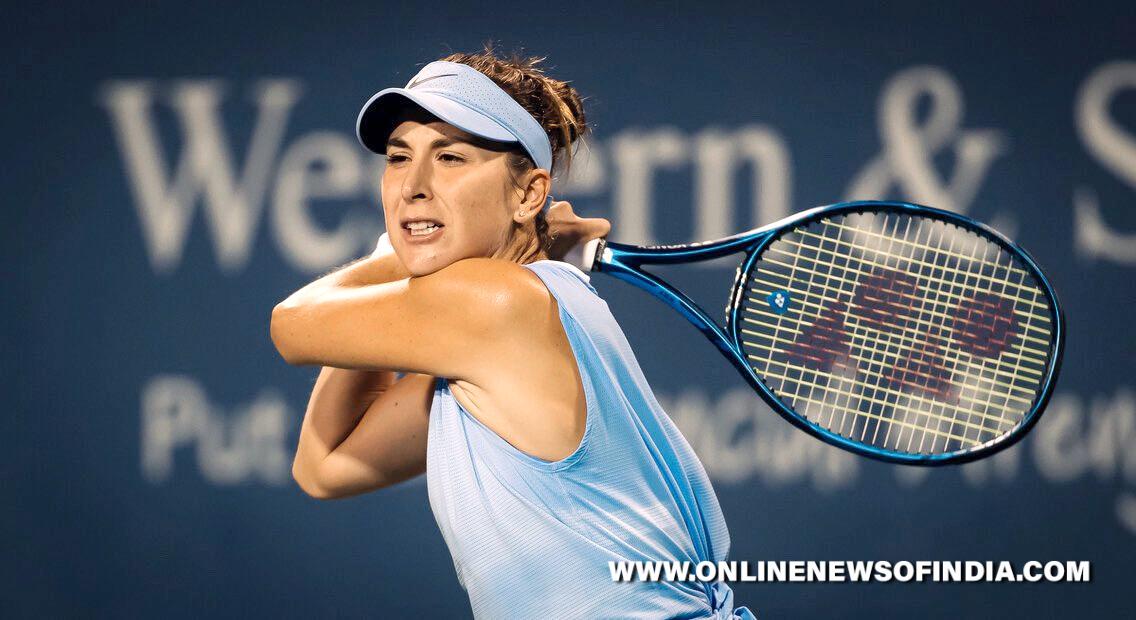 After Olympic triumph, Bencic secures QF berth at US Open

New York : Swiss tennis player Belinda Bencic’s continues to be on a roll as after winning the Tokyo Olympic Games gold, she defeated Poland’s seventh seed Iga Swiatek in the fourth round to book a place in the US Open quarterfinals late on Monday evening.No.11 seed Bencic saved four set points in the first set before defeating Swiatek 7-6(12), 6-3 in two hours and seven minutes.The 84-minute opening set culminated in the longest tiebreak (by points played) of the US Open so far, outdoing Romanian Simona Halep’s 7-6(11), 4-6, 6-3 third-round scoreline against Elena Rybakina of Kazakhstan. The result puts Bencic into the last eight in Flushing Meadows for the third time in her career, having reached the quarterfinals as a 17-year-old on her 2014 debut and the semifinals in her most recent appearance in 2019.Bencic has enjoyed a career surge this summer. Capturing the gold medal at the Tokyo Olympic Games has rejuvenated the former world No.4’s game, and her confidence was apparent in the contrast between this match and her last encounter with Swiatek.In the Adelaide final in February, Bencic only lasted 67 minutes in a one-sided 6-2, 6-2, rout by the Polis player. She could only muster six points on return. Seven months later, she had outdone that total before Swiatek had finished her second service game, and for most of the first set was in great form as she turned the tables on her opponent.

Swiatek was broken in the first game, and spent the rest of the set barely clinging on to avoid the double break.”I definitely had an idea what she was going to do, what her plan would be. And also I was telling myself I improved a lot in certain areas of my game (after the Adelaide loss), which then makes the tactic for her a little bit different again. And then she kind of had to adjust that mid-match. I was kind of prepared for this, so I’m happy that worked well,” Bencic told wtatennis.com.”You can never really rely on the past result for the next match.””For sure, you want to take the experience from the last match (in Adelaide), you know how it feels to play her. But then you don’t really want to take the result as how it’s going to be, because you can never really rely on the past result for the next match. It’s always up and down, the conditions is different. Every match is just different, and it can be one week and then the next week and it’s a complete different match.”Talking about her Adelaide victory, Swiatek said, “In Adelaide she just made mistakes. I was really solid. I just gave back some balls so she can make a mistake. Also, I had more winners. I mean, it felt like I had more winners there because I was in control.”But here (at US Open) in really important moments, she backed out and she also was pretty solid. Like, last two balls of the match, I was the one who missed the last ball. So that was pretty frustrating, because I know that I can play really long rallies with a lot of topspin. She puts all the pressure on the opponents.”Bencic will meet the winner of the match between teenage qualifier Emma Raducanu of the UK and the last home hope, unseeded Shelby Rogers. Bencic has yet to play Raducanu, but holds a 4-1 head-to-head lead over Rogers, including a 7-6(1), 6-1 victory in Cincinnati three weeks ago.

US Open: French Open champ Krejcikova gets past Muguruza