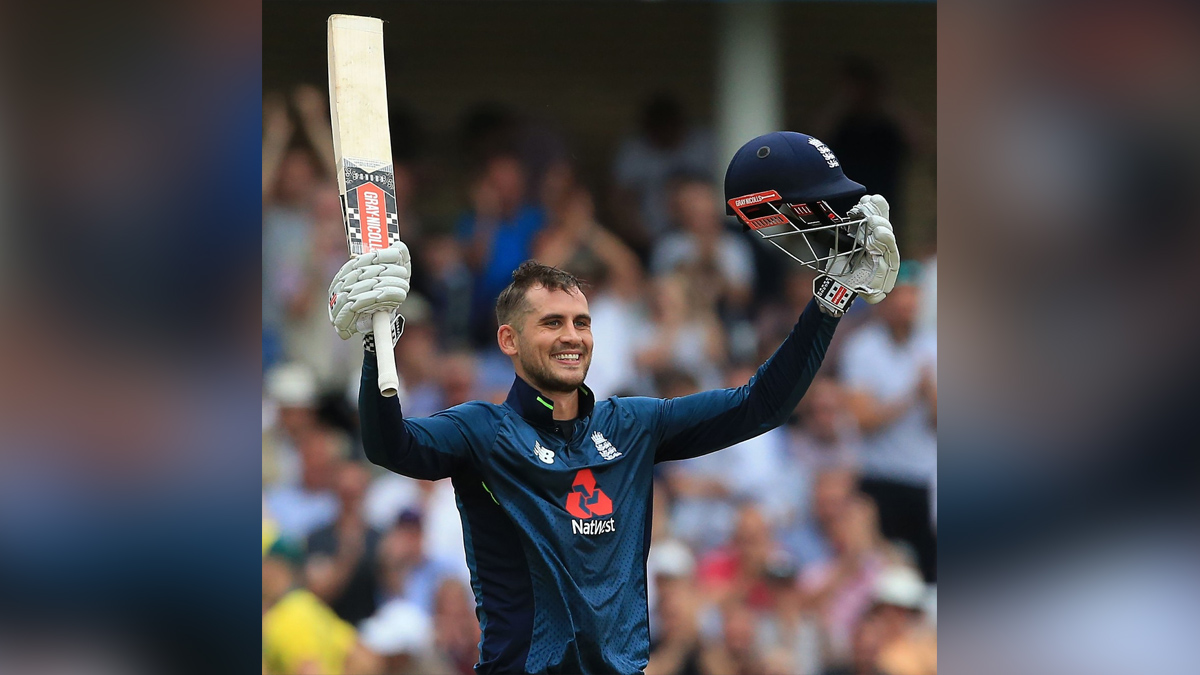 Alex Hales has been one of the best two or three T20 players in English cricket over last five years : Nasser Hussain

London : Former England captain Nasser Hussain has suggested the side should consider including Alex Hales in the squad for the Men’s T20 World Cup in Australia in October-November.

Hales has not played for England since failing a second recreational drugs test in 2019, resulting in him being left out of the ODI World Cup-winning squad at home and hasn’t played international cricket since then.

Hales, now a most-sought after name in T20 franchise cricket due to his impressive performances, including 251 runs in eight matches for Trent Rockets in The Hundred 2022, had kept him on the radar for a England comeback after nearly three years.

But Friday’s non-selection and then a freak lower-limb injury to Jonny Bairstow meant there is hope for Hales to come back into consideration for England ahead of the T20 World Cup, which Hussain firmly believes in.

“I’ve been very consistent with Alex Hales. If you are asking me, who has been one of the best two or three Twenty20 players in English cricket over the last five years, it has been Hales. We’ve all had issues in the past, you try and forget.

He did the crime, he’s served the time, he’s a wonderful player,” said Hussain on Sky Sports.Hussain further elaborated on why he sees Hales in England’s squad for Men’s T20 World Cup.

“I reckon the meeting probably took about three hours to decide what to do with Roy.Also they don’t have (Eoin) Morgan. They’ve got injuries to Buttler and (Liam) Livingstone.

So do we need to leave out yet another experienced player?””They’ve taken the plunge and left out an experienced player.Then Jonny Bairstow slips on a golf course, is gone in the leg, and they’re now thinking can they go back to Roy.

(Dawid) Malan (can open). We’ve seen what Malan has done. I’d go Malan, but the one lad they shouldn’t rule out is Alex Hales.”On Friday, England men’s managing director Rob Key had revealed that Hales had called him up and was making a case for his recall into international cricket through Men’s T20 World Cup selection.

“From what we’ve spoken about, it’s never been an issue really as far as we were concerned.We were able to just talk about form. And look, I spoke to Alex Hales.

He rang me actually, and he argued why he wasn’t there and I think quite right too.””I much prefer when these people pick up the phone and say, ‘come on then, why wasn’t I there?’

I’ve a huge amount of respect for that as opposed to people who go behind the scenes moaning about why they’ve not been picked for something.You look and it’s just an unfortunate time where there’s a hell of a lot of very good players.”

“People say it’s a good problem to have but it’s not straightforward with who you pick as a batter in this format of white-ball cricket because there’s so many good options.There’s a lot of people who have also missed out who quite rightly could have said ‘how come I’m not in?’.”