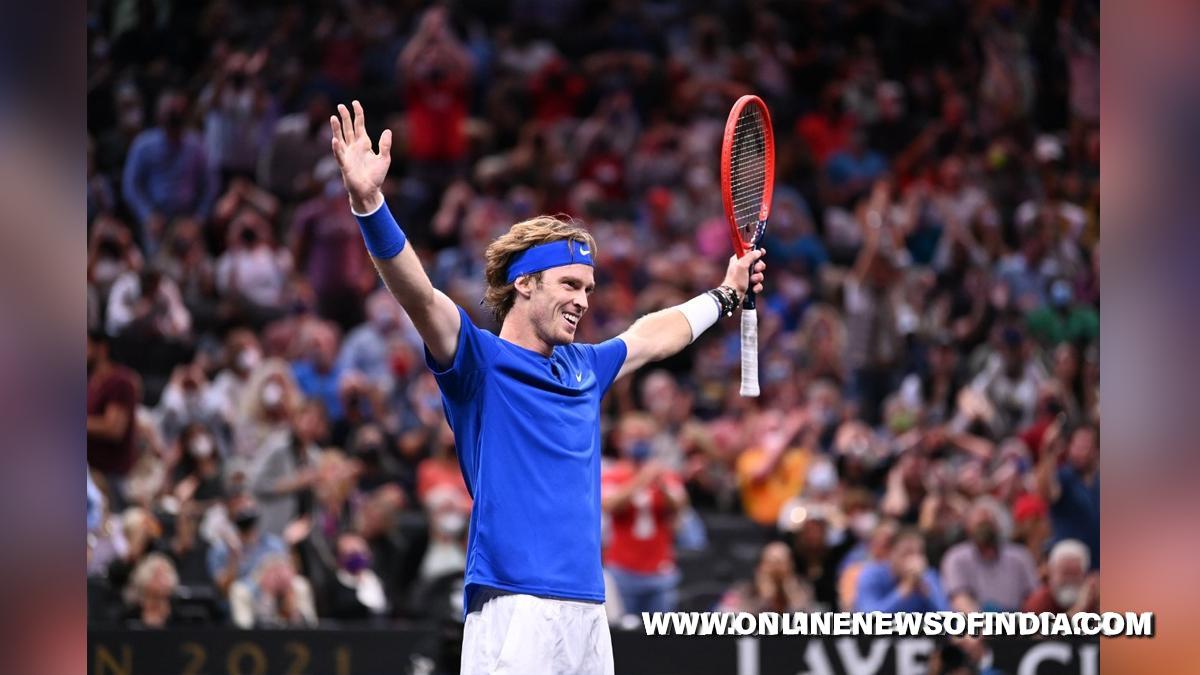 Turin : Russia’s world No. 5 Andrey Rublev stormed back to his winning ways, defeating Greece’s world No. 4 Stefanos Tsitsipas 6-4, 6-4 in the ‘Green Group’ of the elite year-end Nitto ATP Finals here.Rublev, who arrived for the year-end tournament in Turin struggling to regain his form in recent weeks, was at his heavy-hitting best as he didn’t face a break point on way to defeating Tsitsipas in an hour and 30 minutes.”I think these are the moments that we are practicing for, that we are living for: to be here and to enjoy this atmosphere, to play great tennis and for the spectators to enjoy,” Rublev told atptour.com on Monday evening. “(All) I could do my best today, I did and I’m really happy.”Rublev dominated the contest with his strong serves, winning 90 per cent of points behind his first delivery. Thanks to his booming first serves, the Russian rarely allowed the Greek opponent a look at his vulnerable second serve.

“When you serve good, it’s always the key,” Rublev said. “But it was not even just the serve. I was returning really aggressive, from the baseline I was also really aggressive. Today I played a great match and I’m really happy.”The victory for Rublev ties Serbian world No. 1 Novak Djokovic at the top of the Green Group, with each player level at a win apiece.Meanwhile, Djokovic was awarded the year-end ATP Tour No. 1 trophy here following his opening win at the Nitto ATP Finals against Casper Ruud.This is the seventh time the Serbian has earned the honour, passing Pete Sampras for the most year-end No. 1 finishes in the history of the ATP Rankings (since 1973). Djokovic has also achieved the feat in 2011-12, 2014-15, 2018 and 2020.

“It feels amazing and it feels even better when you win a match and then get your hands on the trophy that I have been blessed to lift seven times. (I have won) one more than Pete Sampras, who was my childhood hero. He was the one that got me into tennis. He was also an inspiration to me and I dreamt of being a Wimbledon champion and World No. 1 like he was,” Djokovic said.”Fast forwarding to today, it is quite amazing to be in this position. I am very grateful. It is something I am very much appreciating and not taking for granted.”Djokovic is pursuing a record-tying sixth ATP Finals trophy this week, which would level him with Roger Federer for most victories at the season finale. The top seed last triumphed at the year-end championships in 2015 at The O2 in London.