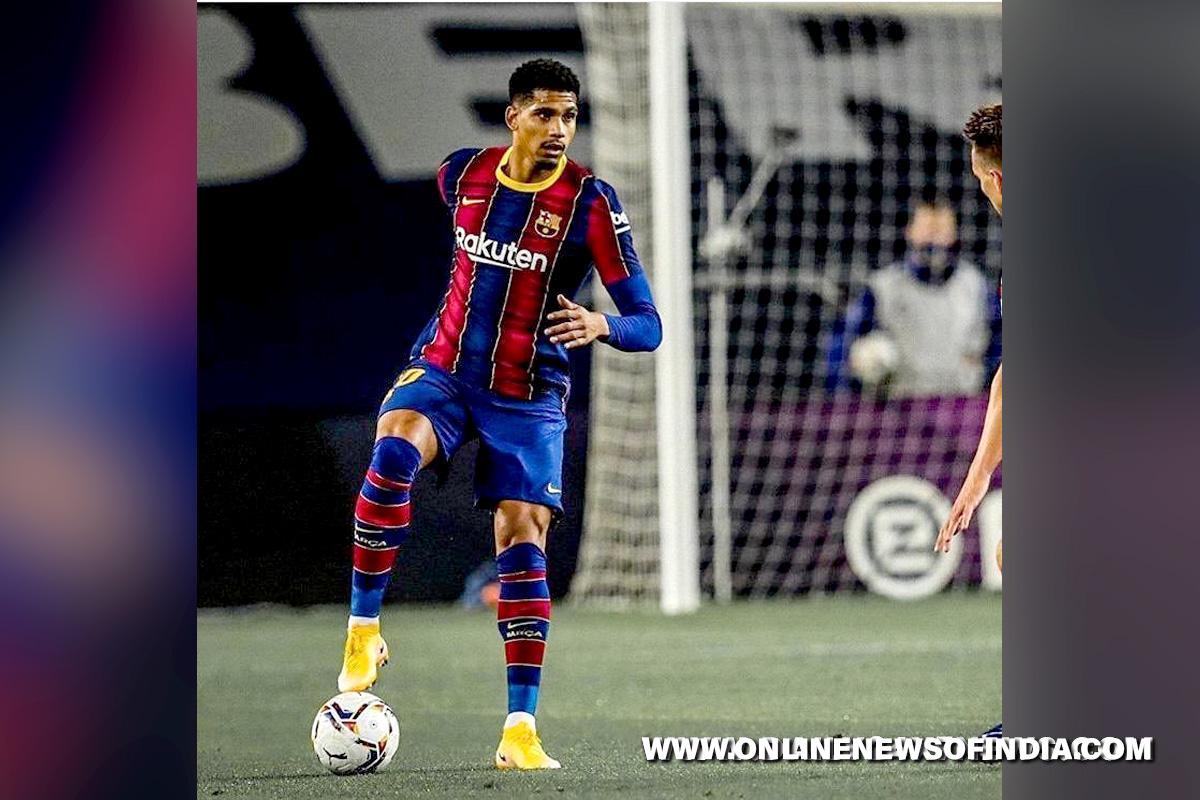 Madrid : FC Barcelona defender Ronald Araujo headed home an 89th-minute equaliser for his side to save a 1-1 draw at home to Granada, but the goal and an excellent performance from the Uruguayan does little to hide the fact that Barca are a club desperately struggling for form and confidence.Under pressure after his side’s 3-0 defeat at home to Bayern Munich six days ago and with a host of injuries in his squad, Barca coach Ronald Koeman gave starts to B-team players, Yusuf Demir and Alejandro Balde, who covered for the injured Pedri and Jordi Alba respectively.Barca needed a good start to the game but got just the opposite after just 90 seconds when Granada left-back Sergio Escudero crossed for Domingos Duarte to head home unopposed at the far post.

The goal made an already nervous Barca more nervous and they were close to falling 2-0 behind when Jorge Molina volleyed just over in the 11th minute, Xinhua reports.Sergi Roberto hit the post for Barca with a snap-shot following a corner in the 11th minute, but Barca were struggling to find any fluency against a rival that looked to waste time at any opportunity and the visitors again went close when Marc Andre Ter Stegen produced a flying save to deny Monchu.Barca’s best chance of the first half came through an Araujo header which was denied by a flying save from Granada keeper Luis Maximiamo, but prior to that Koeman drew the ire of the crowd by replacing Balde (who appeared to be suffering from a back problem) with Oscar Mingueza.

Luuk de Jong replaced Sergi Roberto at the start of the second half as Barca looked for an equaliser, but although they were pegging Granada back, their only chance was an effort from Memphis Depay that went over the bar.17-year-old midfielder Gavi replaced Philippe Coutinho just before the hour, but Barca were so lacking in creativity that with 15 minutes left to play, central defender Gerard Pique came on to play in attack.To fans used to seeing Leo Messi lead the Barca line, seeing the veteran defender used as a target man must have been a painful reminder of how things have changed over the past two years.De Jong headed over when he should have scored and Mingueza hit the top of the bar with a cross from the right, but the sensation in Barcelona’s play was one of desperation. Even Araujo’s equalising header from a Gavi cross in the last minute will do little to ease the feeling that this is a club in crisis.