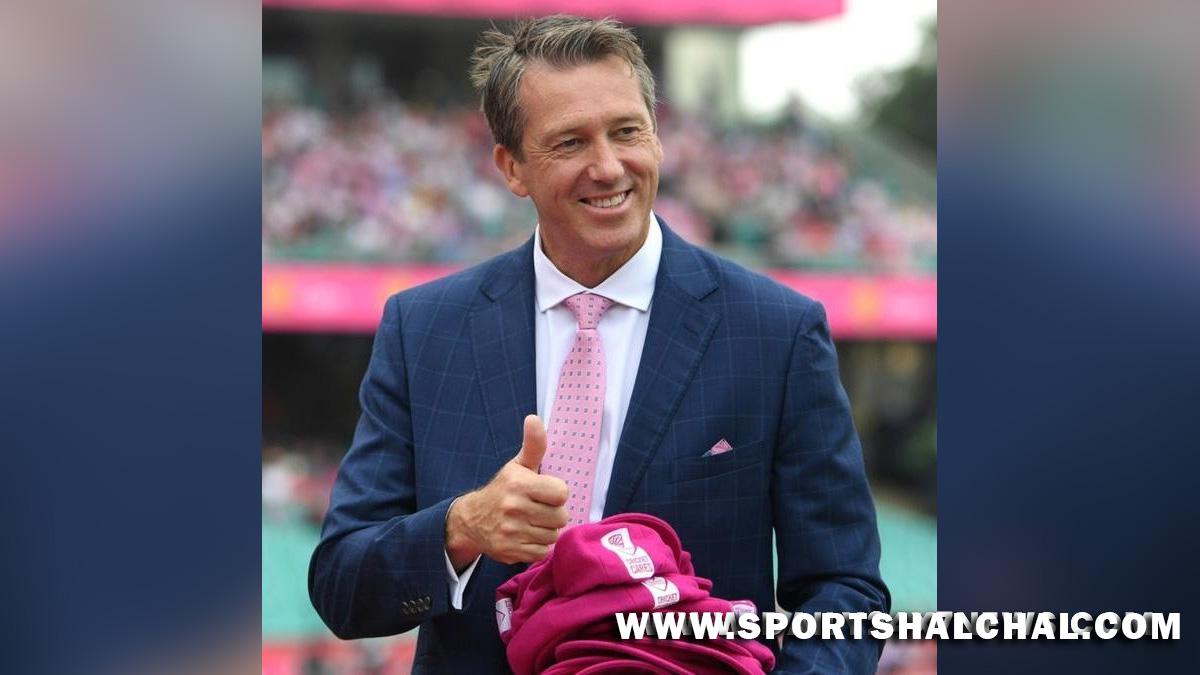 Sydney : Former Australia pacer Glenn McGrath has tested positive for COVID-19, just three days before the Pink Test in the Ashes starts at the Sydney Cricket Ground (SCG). The Pink Test is played annually at the SCG in memory of McGrath’s late wife Jane, who died of breast cancer in 2008.The year-opener Pink Test in Australia serves as a major fundraising initiative for the McGrath Foundation to help families of those suffering from the dreaded disease and the nurses supporting them. The third day of the Pink Test is known as ‘Jane McGrath Day’ and it is yet to be known if McGrath tests negative in time to attend the third day at the SCG. As of now, McGrath will have a virtual presence when both Australia and England will be presented with pink caps.

“Glenn has had a PCR test which unfortunately returned a positive result. We wish Glenn and his family good health. We are hopeful Glenn will remain well and return a negative result in time to attend Day 3 of the Pink Test, now known as Jane McGrath Day on 7 January.”We are grateful to our partners at Cricket Australia and the SCG. As well as the England cricket team and the broadcasters for their ongoing support for the Pink Test and look forward to still making this the ‘pinkest’ Ashes,” said McGrath Foundation chief executive Holly Masters.Australia have already retained the Ashes by taking an unbeatable 3-0 lead in the five-match series. The hosts won’t have the services of middle-order batter Travis Head, who tested positive for COVID-19 and is isolating in Melbourne with his partner.