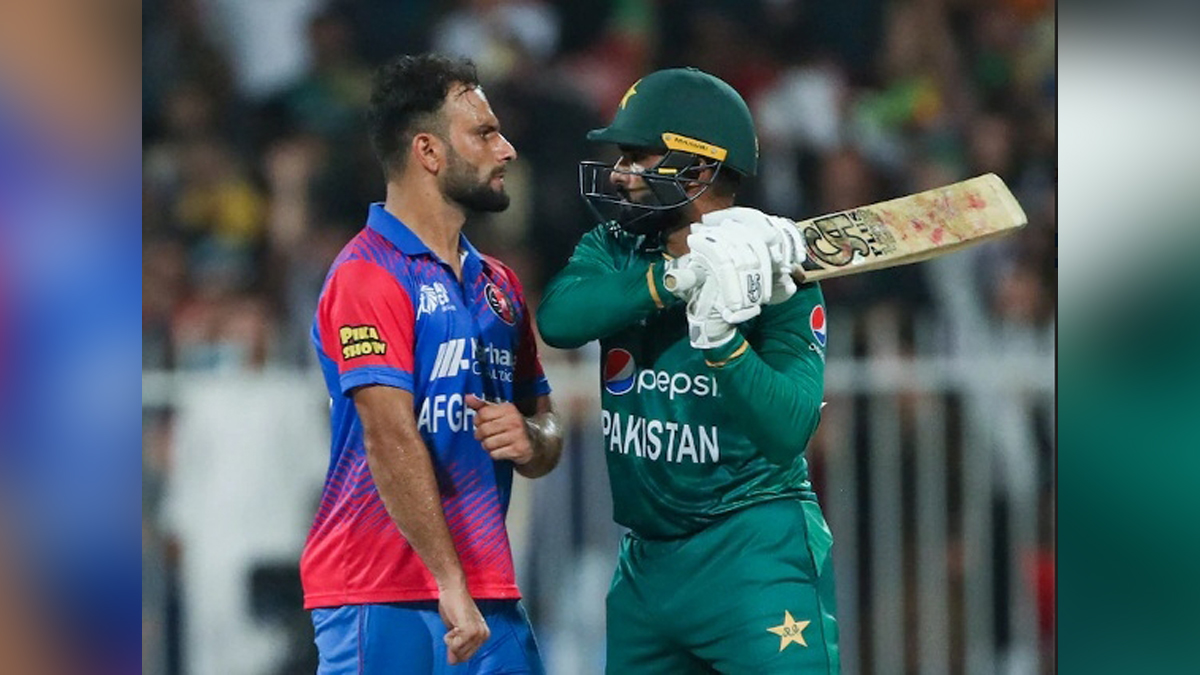 Dubai : Pakistan batter Asif Ali and Afghanistan fast bowler Fareed Ahmad on Thursday have been fined 25 per cent of their respective match fees for breaching Level 1 of the ICC Code of Conduct during the Super Four match in Asia Cup 2022 at Sharjah on Wednesday.

Asif was found to have breached Article 2.6 of the ICC Code of Conduct for Players and Player Support Personnel, which relates to “using a gesture that is obscene, offensive or insulting during an International Match”.

On the other hand, Fareed was found to have breached Article 2.1.12, which relates to “inappropriate physical contact with a Player, Player Support Personnel, Umpire, Match Referee or any other person (including a spectator) during an International Match.”

In addition to this, one demerit point each has been added to the disciplinary records of the players, both of whom did not have any previous offence in a 24-month period.The incident occurred in the 19th over of Pakistan’s innings, when Fareed came up and made inappropriate physical contact with Asif after dismissing him.

Asif had reacted to Fareed with an aggressive gesture of the bat in the penultimate over, visuals of which went viral on social media.It took for on-field umpires and the Afghanistan players to come in and separate the two.

Both players admitted their offences and accepted the sanctions proposed by Andy Pycroft of the Emirates ICC Elite Panel of Match Referees, so there was no need for formal hearings.

On-field umpires Anil Chaudhary and Jayaraman Madangopal, third umpire Gazi Sohel and fourth umpire Raveendra Wimalasari levelled the charges.Level 1 breaches carry a minimum penalty of an official reprimand, a maximum penalty of 50 per cent of a player’s match fee, and one or two demerit points.