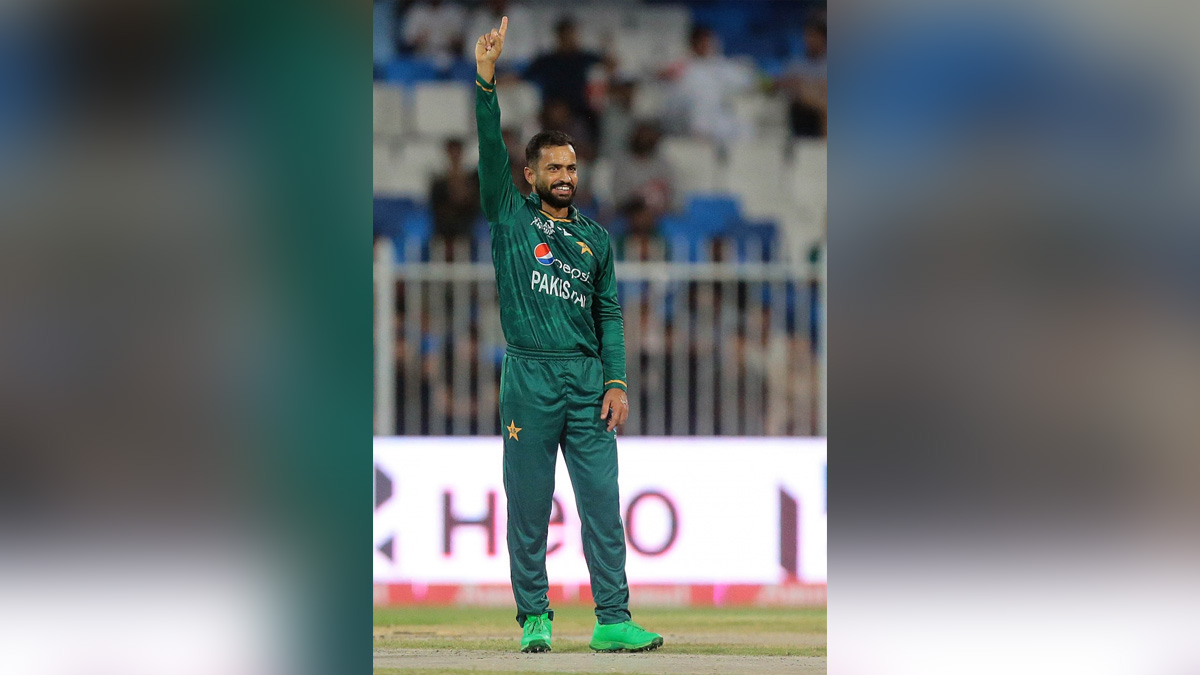 Asia Cup 2022 : Mohammad Nawaz was sent up as he could succeed against two leg-spinners : Babar Azam

Dubai : In Pakistan’s thrilling five-wicket win over India in Super Four match of Asia Cup 2022, where fortunes swung wildly, left-arm spin all-rounder Mohammad Nawaz played a decisive role in getting his side to victory.

With his four overs, Nawaz conceded just 25 runs and took out Suryakumar Yadav in a tight spell which applied brakes on India’s innings after Rohit Sharma and KL Rahul came out all guns blazing in a 54-run opening stand.

Then in chasing 182, Nawaz was given a promotion to number four. He rose to the occasion by striking 42 off 20 balls, including six fours and two sixes, giving a much-needed impetus to Pakistan’s successful chase with a ball to spare.

Credit goes to the team for the effort they put in. I thought they had an edge after the way they utilised the PP. But the bowlers came back to restrict them. I didn’t fire today but Nawaz and Rizwan’s partnership was outstanding.

I thought Nawaz could succeed because they had two leg spinners operating so we sent him up. Our spinners and fast bowlers at the death set the stage for us,” said Azam in the post-match presentation ceremony.

Nawaz, rightfully adjudged player of the match for his all-round show, showed honesty in his strategy with both bat and ball. “For a left arm spinner, it’s important to stick to the basic line and length. If one or two balls turn, that puts doubt into the batters’ minds.

After that, I try and stick to line and length.””We needed 10 runs per over when I walked in to bat so I knew I had to attack every chance I got. My mind was clear that I’d hit out at every ball in my zone. I didn’t try and overplay, which you sometimes can when you’re under pressure.”

Wicketkeeper-opener Mohammad Rizwan, who anchored the chase with a 51-ball 71 and shared a crucial stand of 73 with Nawaz, revealed that his plan was to stay as long as possible at the crease for long during the chase.

“The whole world is watching this match. This game is as valuable as a final. Every player will try to go give his 100 per cent. The plan, as always, was to score against the new ball with one of us (himself and Babar Azam) batting long.”

“I tried to stay till the end. We know our strengths, we have depth in our batting, we have power-hitters who are capable of hitting around 45 runs off the last four overs. So we didn’t panic.”

Only MS Dhoni texted me after I left Test captaincy : Virat Kohli