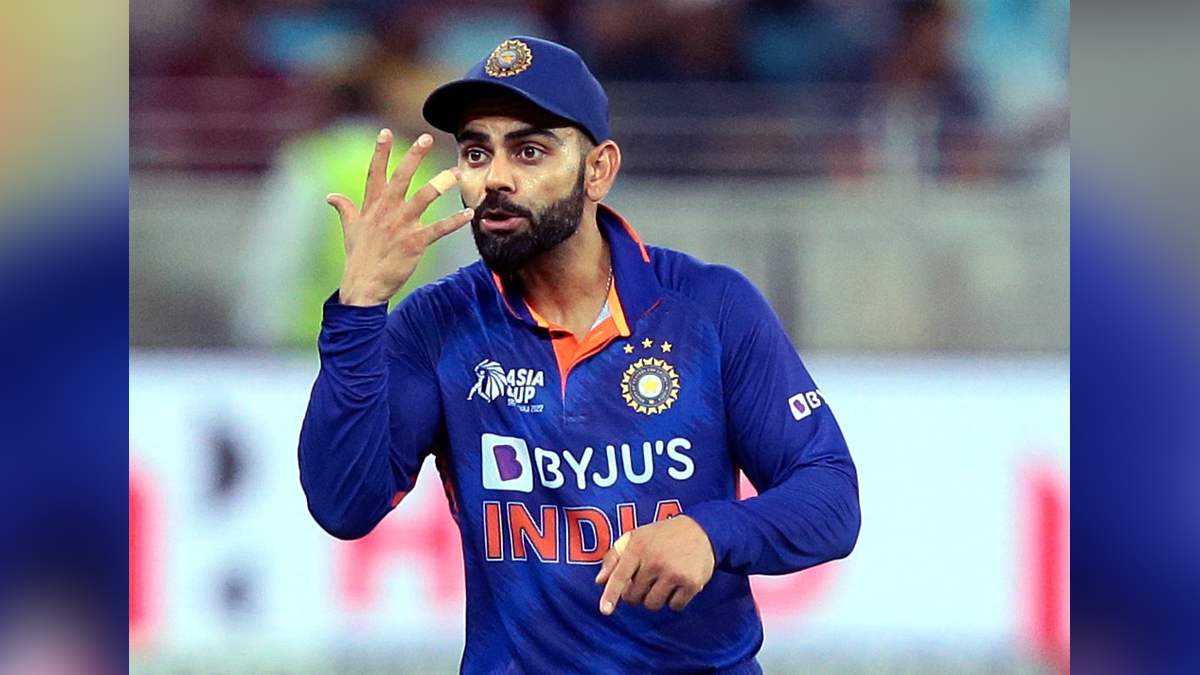 Dubai : Virat Kohli’s maiden T20I hundred, a sensational career-best 122 off just 61 balls, laced with 12 fours and six sixes, at a strike-rate of 200, and his 71st overall in international cricket, was pivotal in India signing off from Asia Cup 2022 with a 101-run thrashing of Afghanistan.

After being given Player of the Match award, Kohli had no qualms in admitting that going back to the drawing board in his one-and-a-half months away from the game led to him coming back fresh and excited.

The unbeaten 122 against Afghanistan was Kohli’s first international century since scoring one in India’s first-ever pink-ball match against Bangladesh in Kolkata in November 2019.”What actually surprised me was my 60s became failures, which was very shocking for me.

I was batting pretty well and contributing, but it didn’t seem to be good enough. But as I said, God has blessed me with a lot of good times in the past, and that’s why I’m in this position where these things can be spoken about.

I have absolutely no shame in admitting that God is blessing us all with everything in our destiny, we just have to work hard.””So I went back to the drawing board, came back fresh, came back excited. The team management have also had great communication with me through these times, they’ve kept my perspective right.

When I came back there was not much information coming my way, they just said ‘you bat and enjoy yourself’. So it was just a matter of getting back into the space of enjoyment,” said Kohli.

After a rollicking opening stand of 119 off 76 balls, with stand-in captain KL Rahul making 65 of those runs, Kohli accelerated amazingly from 59 off 40 balls to get his next 63 runs off just 21 balls to score a long-standing 71st international century, surprising himself in the process.

I wasn’t desperate to prove anything to anyone – in a very real sense, not in a way that ‘I’ve done everything’ – it’s just about enjoying the game, understanding what God has blessed you with already and then just being humble and going out there and doing the grind all over again.

Today I think was just a build up of the last few games – I actually batted out of my skin to be honest, I surprised myself.””I have had many suggestions, lot of advice has come my way. People were telling me I was doing this wrong, that wrong, I picked out all the videos from the best times I had.

It was the same initial movement, same approach towards the ball and it was just what was going on inside my head I wasn’t able to explain it to anyone,” elaborated the right-hander.Kohli went on to thank his wife, actor-producer Anushka Sharma, for helping him overcome his battles and getting him back to his best self.

“Firstly I am grateful for how the day went today. Time away from the game gave me a good chance to sit back and observe a lot of things about me. I mentioned one special person – Anushka – who stood by me through these tough times and I mentioned her as she has seen the absolute raw side of me throughout all these months.”

“She was the one putting things in perspective for me, kept giving me the right kind of guidance, right kind of vision moving forward and I came back into the system a very relaxed person. At the end of the day you know as an individual where you stand, and what you have to do for your journey, and people will have their opinions.”

“But they cannot feel what you’re feeling. I have felt these last few months in a very different way, which is a very special time in my life. I’m very grateful for that time, my perspective had to change for me to move forward in cricket.”