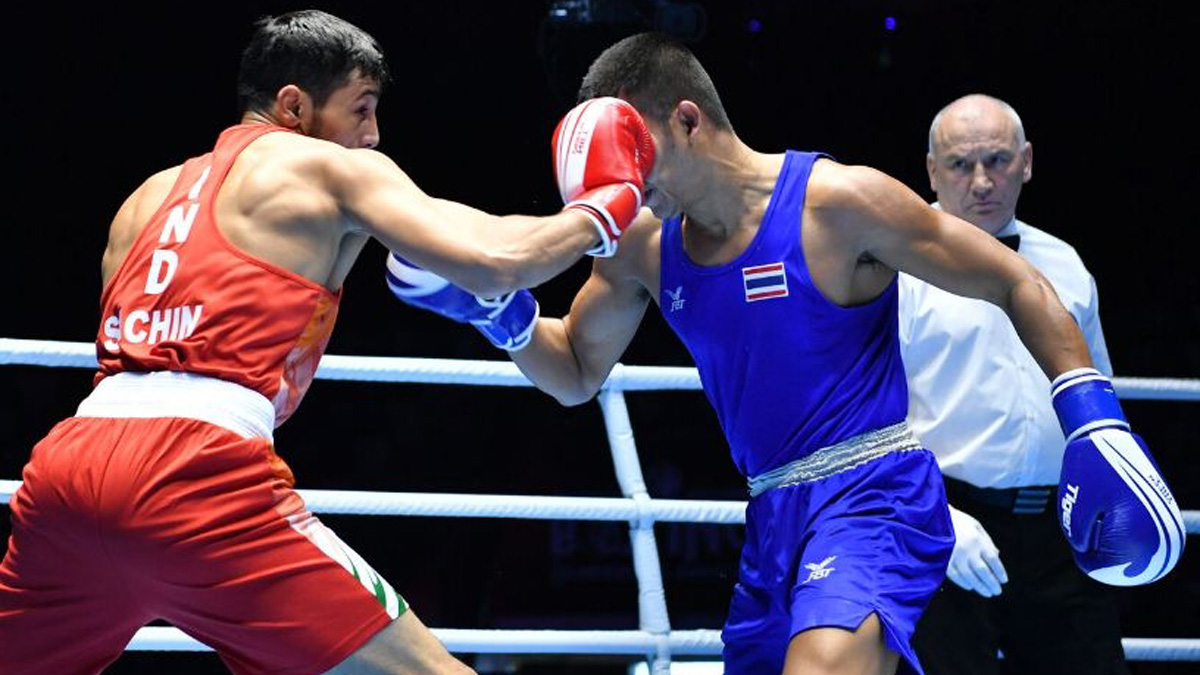 Amman (Jordan) : Five-time Asian Championships medallist Shiva Thapa along with Sachin and Amit Kumar progressed to the quarterfinals of the ASBC Asian Elite Boxing Championships here on Friday.Thapa (63.5kg) was up against Mongolia’s Byambatsogt Tuguldur in the pre-quarterfinal bout.

Both boxers went toe-to-toe from the beginning with their aggressive approach and landed some heavy blows on each other making it a very close contest.In the end, it was the seasoned Indian boxer’s experience and quick movement that helped him prevail over the opponent and secure a 3-2 victory by split decision in this fiercely-contested bout.

Kumar (67kg) faced Chinese Taipei’s Zheng-Rong Huang and the Indian was dominant throughout the game, showcasing high technical ability and tremendous confidence as he cruised through to the next round with a unanimous verdict.

Sachin (71kg) went down in the first round against Thailand’s Peerapat Yeasungnoen but produced a stunning comeback in the next two rounds to secure a 5-0 win in a nail-biting finish.Thapa will take on the winner of the bout between Haidara Alasaly and Minsu Choi in the quarterfinals.

Kumar will square off against Muydinkhujaev Asadkhuja of Uzbekistan while Sachin will face Kazakhstan’s Aslanbek Shybergenov in the next round, the Boxing Federation of India informed in a release on Friday.

Later on Friday night, Ananta Chopade (54kg) and Etash Khan (60kg) will be in action against Japan’s Tanaka Shogo and Thailand’s Khunatip Pudnich respectively in their pre-quarterfinals bout.Seven Indian women pugilists including Tokyo Olympic bronze medallist Lovlina Borgohain will be kicking off their campaign from the quarterfinal stage on Saturday.

Lovlina, who has changed her weight category from 69kg, will be appearing in her first international tournament in the 75kg weight category as she takes to the ring against the 2016 World Champion, Valentina Khalzova of Kazakhstan.

There is no doubt that Kane Williamson has always been solid at number three : Danny Morrison