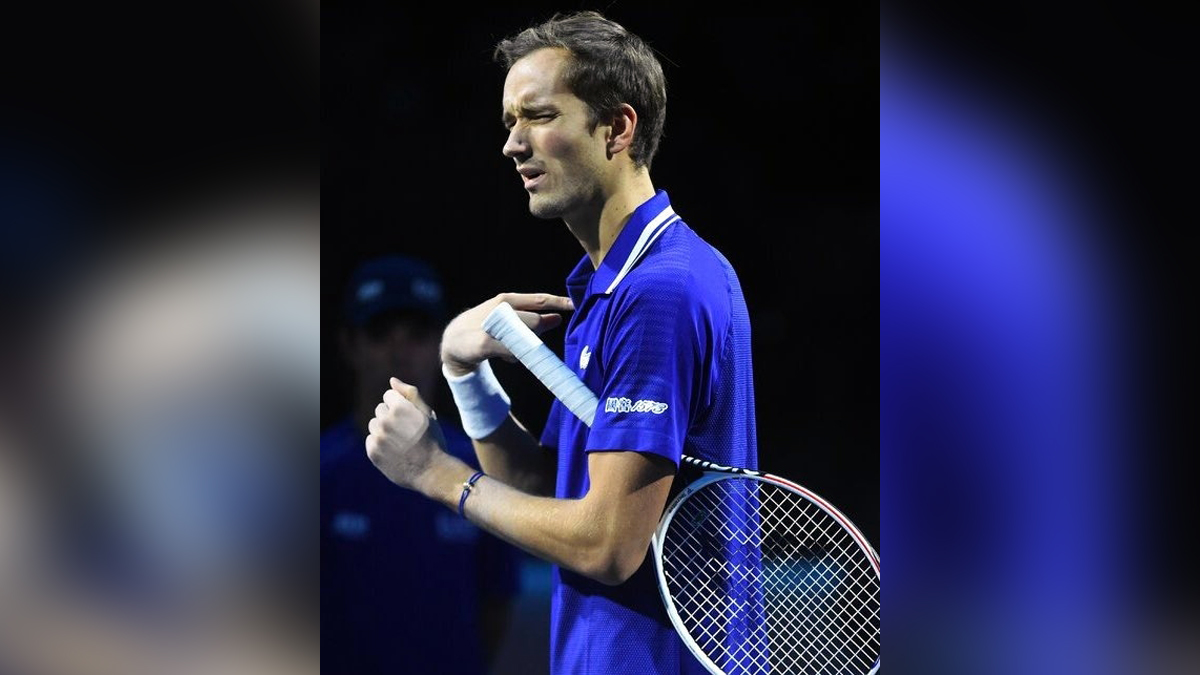 Astana (Kazakhstan) : Daniil Medvedev registered a 6-3, 6-1 win against Albert Ramos-Vinolas in the first round of the Astana Open here on Tuesday.The 26-year-old made a nearly flawless debut at the Kazakhstani ATP 500, ousting the former Top 20 player in 79 minutes.

Medvedev saved the only break point he faced in the match and won 48 per cent of his return points.In a clash that featured many lengthy rallies, Medvedev showed great patience to frustrate the Spanish lefty. Ramos-Vinolas even tried to come into the net often to take the second seed out of his comfort zone, but the World No. 4 was undeterred.

Medvedev remained consistent throughout and used a number of drop shots to successfully change the rhythm of points. That helped him break Ramos-Vinolas’ serve four times and set a second-round encounter with Sofia champion Marc-Andrea Huesler or Finland’s Emil Ruusuvuori.

The 2020 Nitto ATP Finals champion is also next in line to qualify for the season finale, currently fifth in the Pepperstone ATP Live Race To Turin. Medvedev is trying to earn his place in the year-end championships for the fourth consecutive year.

Rafael Nadal, Carlos Alcaraz, Casper Ruud and Stefanos Tsitsipas have already qualified for the event, which will be held at the Pala Alpitour from November 13-20.