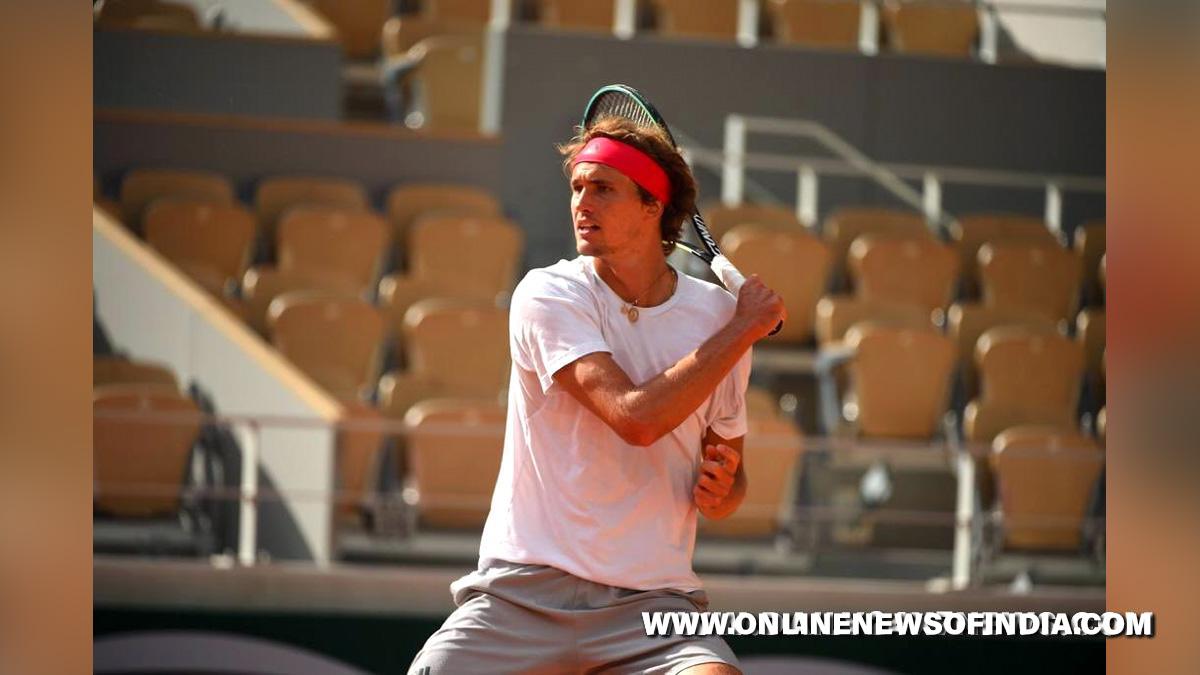 Turin : Germany’s Alexander Zverev came up some of the best tennis of the season in front of a cheering crowd as he defeated world No.1 Novak Djokovic of Serbia in three sets to set up a title clash with Russian Daniil Medvedev at the Nitto ATP Finals in a late Saturday night match here.Producing high-quality tennis, the 2020 Tokyo Olympic Games gold medallist edged Djokovic 7-6(4), 4-6, 6-3 in the year-end elite tournament to raise hopes that he could finally break the jinx of not winning a major when the Australian Open commences in January next year.The German, who beat Djokovic in the 2018 season finale championship match in London, played bravely and hit with depth in the crucial moments against the Serbian, who was crowned the world No.1 for a record seventh year recently. Zverev saved a set point in the first set and closed the net effectively throughout to advance after two hours and 29 minutes in an thrilling match.The 24-year-old hit 35 winners at the Pala Alpitour and reduced his ATP head-to-head deficit with Djokovic to 4-7.

“Every time we play it takes hours,” Zverev said in his on-court interview. “I have not spent more time on court with anybody other than him (Djokovic) this year. I am happy with the win and happy to be in the final here and to give myself the best chance for the final,” Zverev told atptour.com.With this victory, Zverev avenged his US Open semifinal loss to Djokovic. It is the second time the 18-time tour-level titlist has beaten the top seed this year, after upsetting him en route to clinching the Tokyo Olympic singles gold.Zverev, who went 2-1 in Red Group action at the Nitto ATP Finals to qualify for the last-four, will face Medvedev in the final later on Sunday after the Russian cruised past Casper Ruud 6-4, 6-2. Medvedev leads Zverev 6-5 in their ATP head-to-head, having defeated the 24-year-old in a third-set tie-break in the round-robin stage earlier this week.Zverev will now try to do what he did in 2018 when he won the title by reversing a round-robin loss to the player he’s meeting in the championship match.”I lost 8/6 in the third in the group stage, so I am just looking forward to the match as I think it will be a great one,” Zverev said. “There is only the best here, so it takes a lot to win this tournament.”I am looking forward to having another chance and we are in the final and I am happy to be in the final. He is one of the best players in the world right now, so It is going to be a difficult match no matter what.”The world No. 3 has now earned 58 tour-level wins this season. The German triumphed at ATP Masters 1000 events in Madrid and Cincinnati, while he also lifted trophies in Acapulco and Vienna.

Feel frustrated the scandal has been aired in public : Tim Paine’s wife