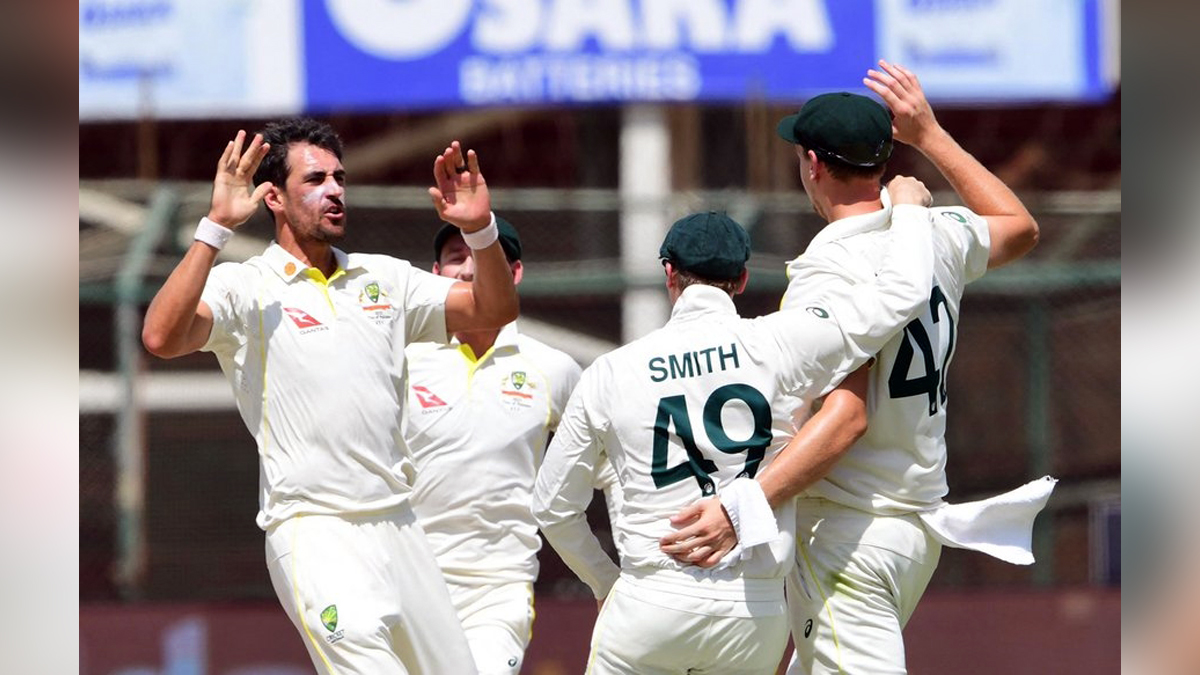 Brisbane : By castling South African batter Rassie van der Dussen on Day 2 of the first Test at the Gabba with a trademark inswinger, left-arm pacer Mitchell Starc on Sunday claimed his 300th Test victim, becoming the seventh Australian bowler to achieve the mark.

Starting the first Test against South Africa with 296 wickets, Starc claimed 3-41 in the first innings and then added 2-26 in the second to cross the 300-victim mark. The pacer is the seventh Australian and the 37th bowler to take 300 or more wickets in Test cricket.

Poised on 299 after South Africa’s first innings, Starc struck in the fifth delivery of his fourth over in South Africa’s second innings. He produced a magnificent ball which swung back into van der Dussen, zipping through a huge gap between bat and pad and demolishing the stumps.

“It was nice to pull a nice ball out. I said to Patty [Cummins] I felt like I could get him that way, the way he’s set up. I’ll definitely take that as a nice ball to bring it up with.It’s something to be proud of. It’s something I will reflect on later.

Just really pleased to have a good Test match win,” Starc said. “I’m not sure I’d get one wicket let alone 300,” Starc had said in the lead-up to the Test. “It’s been an interesting but very enjoyable journey. Hopefully, there’s a bit more left in it,” he added.