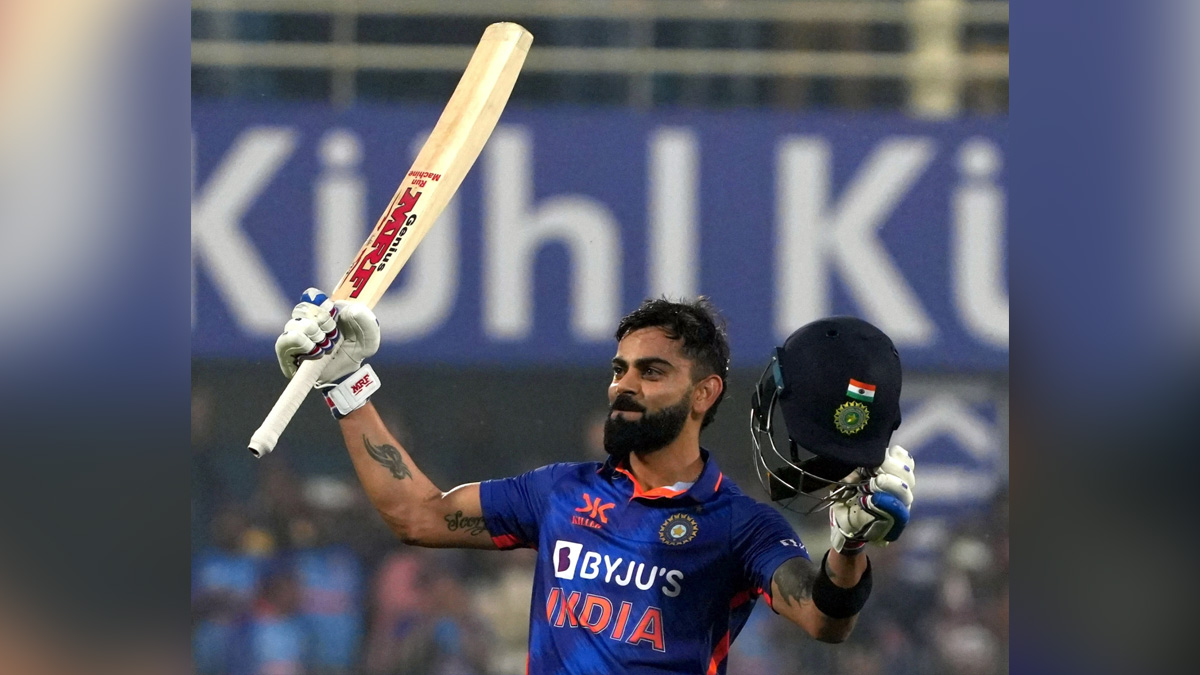 Dubai : Australia’s star performers from their Test series win against South Africa have been richly rewarded in the latest ICC Men’s Test Player Rankings released on Wednesday while India stalwarts Virat Kohli and Rohit Sharma were also the big gainers in the ODI section.

Usman Khawaja was the biggest mover, following his stunning century in the third and final Test against South Africa in Sydney — he moved up to 8th in the Men’s Test batters’ rankings.
Khawaja was unbeaten on 195, missing out on his double ton as skipper Pat Cummins declared to force a result in a rain-curtailed contest. Khawaja’s exploits saw him gain four spots and break into the top 10.

Performers from the drawn Test between Pakistan and New Zealand also made big gains, with Tom Latham, Devon Conway and Saud Shakeel making big moves. Latham scored 71 and 62 in the second Test in Karachi and has gained a place to move to 19th.

Conway’s century in the first innings also saw him move up three spots to 21. Shakeel, who scored his maiden Test ton, has gained twenty spots to move to 30. Marnus Labuschagne continues his reign at the top of the rankings chart in the batters rankings.

In the bowling charts, Josh Hazlewood, who made a comeback in the Sydney Test, is the biggest mover. He scalped five wickets in the contest, which saw him gain six spots to move to No. 10.
Cummins continues to remain the top-ranked Test bowler. Meanwhile, Virat and Rohit moved up in the ODI batting rankings. Kohli, who scored a stunning century in India’s victory against Sri Lanka in the first ODI in Guwahati, has moved up two spots to 6th.

On the other hand, Rohit also scored an aggressive 83 and has gained a spot to sit at 8th. Sri Lankan skipper Dasun Shanaka scored a fighting ton despite his side losing and has gained 20 spots to move to 61.

Meanwhile, in the bowling charts, Mohammed Siraj is the biggest gainer after scalping two wickets in the first ODI, moving up four spots to 18. In the T20I rankings charts, Suryakumar Yadav continues his reign at the top of the batting charts, driven by his brilliant century in the third T20I against Sri Lanka.

Shakib Al Hasan remains the top-ranked all-rounder in the shortest format, while Wanindu Hasaranga is displaced by Rashid Khan as the top-ranked bowler following his struggles in the series against India.