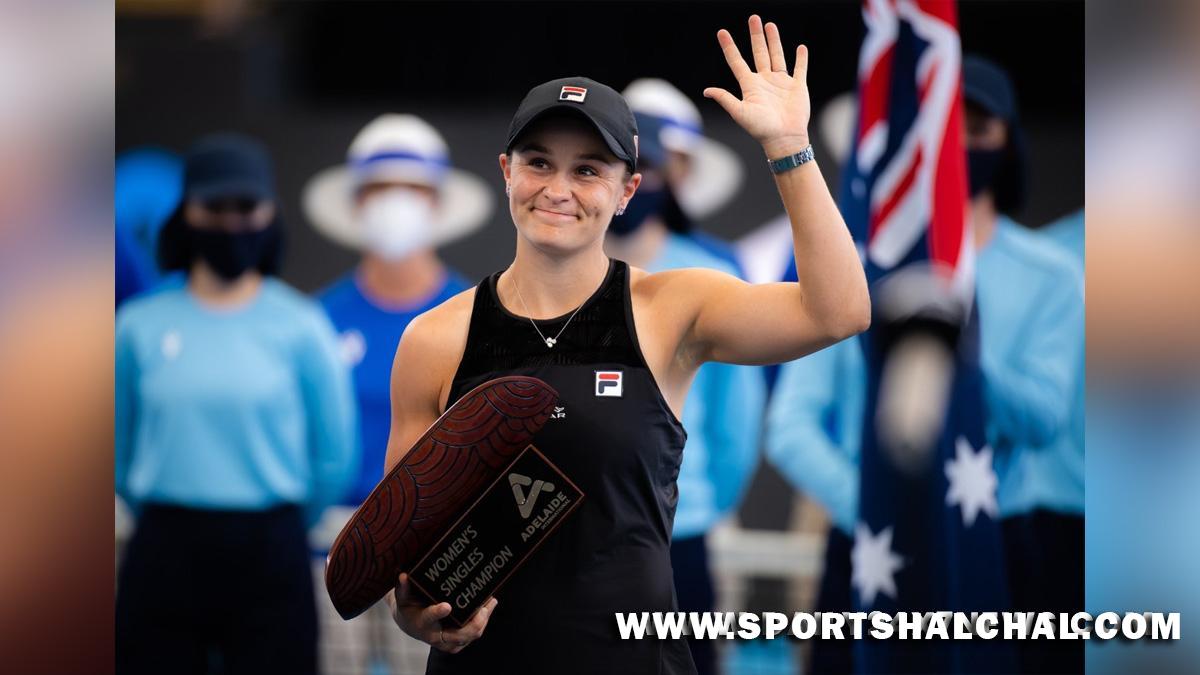 Melbourne : World No.1 Ashleigh Barty sealed a second win at the Australian Open in under an hour, defeating Italian qualifier Lucia Bronzetti 6-1, 6-1 to secure a spot in the third round of the opening Grand Slam of the year here on Wednesday.Barty, who is aiming for her maiden Australian Open crown, had dropped just one game in her opening round win against former top-30 player Lesia Tsurenko of Ukraine, and the top seed lost just two to reach the third round.Barty’s 54-minute victory against qualifier Tsurenko was bettered on Wednesday by a 52-minute performance against Bronzetti, as the Rod Laver Arena was treated to a full array of shots by the home favourite, who hit 21 winners and eight aces.The young Italian couldn’t match Barty’s power off the ground or her slice. The world No.142 had qualified for her first Grand Slam draw by defeating Russia’s Varvara Gracheva and Nao Hibino of Japan.”I felt like I wanted to try to use my experience a little bit today, get off to a quick start. I felt like I was able to do that. I served well. I was able to find plenty of forehands and control the match quite well, so pleased with that one,” Barty was quoted as saying by wtatour.com.

Barty will face another Italian, Camila Giorgi, in the next round. The No.30 seed sealed a 6-2, 7-6(2) win over Tereza Martincova of the Czech Republic to reach the third round in Australia for the third time. She’s never reached the fourth round.”Some very different challenges to what I’ve had the last couple matches,” said Barty on her upcoming encounter. “She (Giorgi) has the ability to hold baseline, to control the centre of the court, be super, super aggressive off her serve and first shot, particularly off her return. It’s going to be a match where I’m going to have to serve well, bring in variety, make sure I can cover the court, neutralise the best that I can. She has the ability to hit you off the court without realising it’s happening,” added Barty.The Aussie has won all three of their prior meetings.Paula Badosa of Spain and two-time champion Victoria Azarenka of Belarus scored swift victories in the second round, with the latter booking a third-round clash with Elina Svitolina of Ukraine.Badosa cruised past Italian qualifier Martina Trevisan 6-0, 6-3 in an hour and 11 minutes. The Spaniard is on a seven-match winning streak, having claimed her third career WTA singles title last week in Sydney.

“It was a tricky match against Martina,” said Badosa. “We know each other since a long time. She’s a fighter. I knew she was going to make me play every point, she was going to fight until the end. I’m pretty happy about the win today.”Badosa had not reached the third round of the Australian Open in her three previous main-draw showings.Badosa will next face Ukrainian teenager Marta Kostyuk in the third round. The 19-year-old beat No.32 seed Sara Sorribes Tormo of Spain 7-6(5), 6-3 in under two hours.”We’ve been friends since a long time ago, as well,” Badosa said of Kostyuk. “She’s a very talented player. When they ask me who can be the next star, I always say Marta. She has a lot of potential. She’s always a dangerous player. I will have to play my best because I know she likes these kind of matches and she will play her best next day.”No.24 seed Azarenka, who won the Australian Open in 2012 and 2013, stormed past Jil Teichmann of Switzerland 6-1, 6-2. The former world No.1 is into the third round in Melbourne for the 11th time, but it is her first trip this far since her quarterfinal run in 2016.”I think it was a very solid match from the beginning to the end,” said Azarenka. “I thought that my game plan was very well executed and I took my chances. I think I played really well on the important moments. When I had opportunities, I was really going for them.”