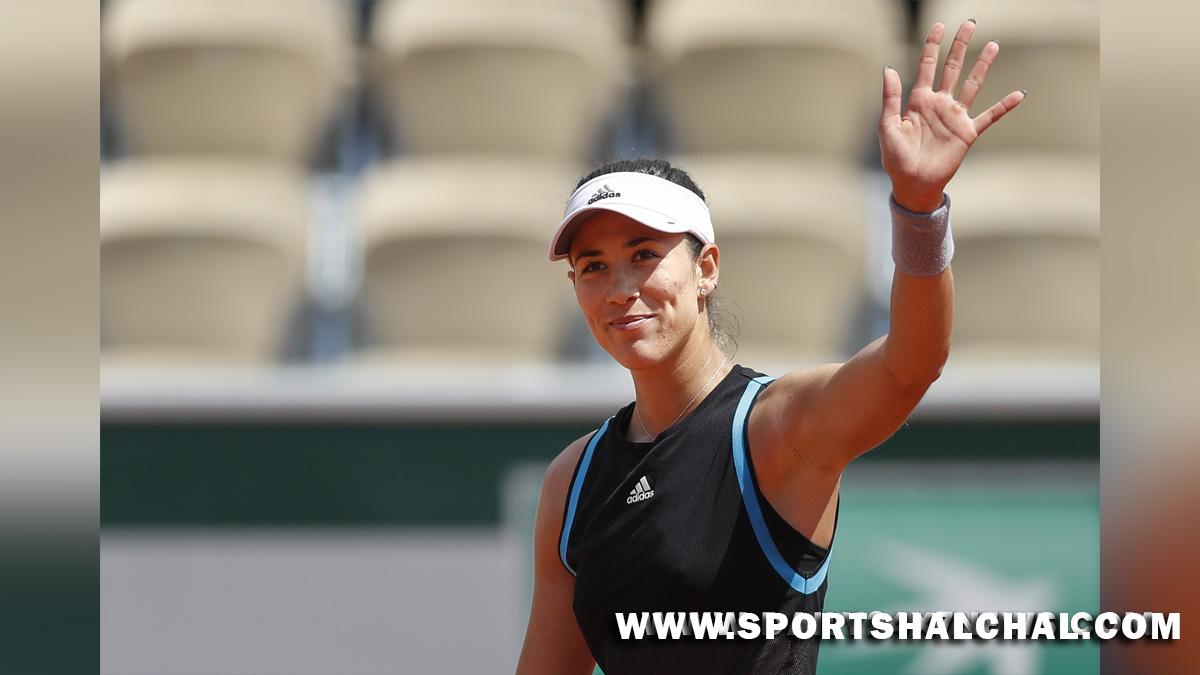 Melbourne : Former Australian Open finalist Garbine Muguruza of Spain made a winning return to the Rod Laver Arena, defeating France’s Clara Burel 6-3, 6-4, before Poland’s Iga Swiatek followed suit, beating British qualifier Harriet Dart 6-3, 6-0 on Day 2 at the Melbourne Park on Tuesday.A 2020 finalist, Muguruza’s last two matches at the Rod Laver Arena had ended in defeats, but the Spaniard got off to a winning start on the Australian Open’s main court, advancing to the second round in 88 minutes.No.3 seed Muguruza was pushed over the course of the gripping contest by the 20-year-old world No.77 Burel, but what differentiated the winner from the loser was the quality of serve Burel hit 12 double faults and landed just 41 per cent of her first serves, giving Muguruza ample opportunities on return. Muguruza broke five times, and won seven of eight games from 3-3 in the first set to take a commanding lead at 6-3, 4-1.After the match, Muguruza said that she needed to overcome both her opponent and herself to remain perfect in first-round matches at the Australian Open.”I didn’t know really who I was facing. We’ve never played before. Very tricky,” she said. “You’re always nervous going out there on Rod Laver, which I love, and starting a Grand Slam campaign.

I’ve always gone through the first round. (I’m) very happy the way I played and, of course, controlling the nerves.”Muguruza will next face Frenchwoman Alize Cornet. Cornet opened her 60th consecutive Grand Slam main draw appearance with a 6-3, 6-3 win over Bulgarian qualifier Viktoriya Tomova. Cornet and Muguruza have faced off four times before with the pair sharing the spoils.With a spot in the third round at stake, No. 7 Swiatek will face Sweden’s Rebecca Peterson, who was a 6-2, 6-3 winner against wildcard Daria Saville. The two will play at a major for the second time in the span of a year, with Siwatek winning 6-1, 6-1 in the same round at Roland Garros last summer.”First rounds are always tricky … I told myself just to be patient. I’m playing really good in practices, so I had this faith in myself that I was going to find the rhythm somehow,” said Swiatek after beating Dart.Adelaide finalist and No.12 seed Elena Rybakina of Kazakhstan had a tough time against compatriot Zarina Diyas in their first career meeting before winning 6-7(3), 7-6(3), 6-1 win.Samantha Stosur of Australia rallied for a first win in the final singles tournament of her career, moving on to face No.10 seed Anastasia Pavlyuchenkova of Russia. She defeated American Robin Anderson 6-7(5), 6-3, 6-3 in her first-round match.