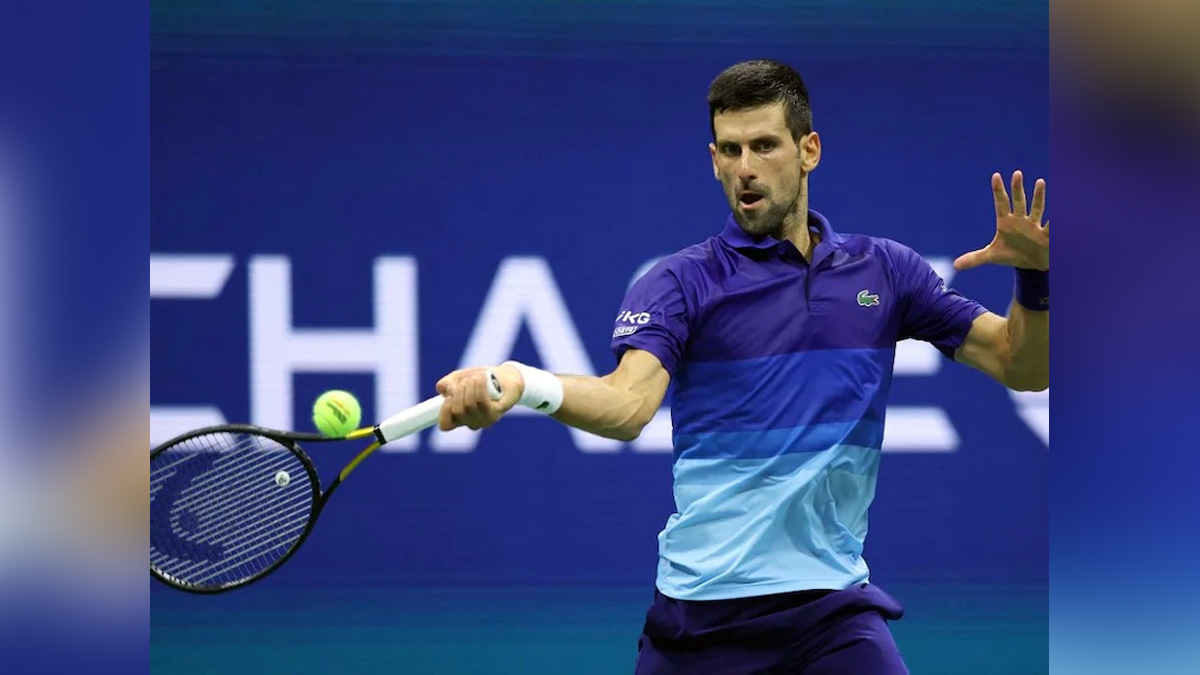 Melbourne : Novak Djokovic was once again pushed physically at the Australian Open here on Saturday, but he found a way to keep alive his quest for a record-extending 10th title at Park.

Struggling with the hamstring injury that has plagued him since Adelaide, Djokovic looked in discomfort throughout his clash against Grigor Dimitrov. However, the Serbian dug deep and overcame the 27th seed 7-6(7), 6-3, 6-4 to reach the fourth round.

“Every point and game mattered. The turning point for both players was right from the start. Making an early break was important. I didn’t know how I was going to feel physically.

I was going up and down,” Djokovic said. “Grigor is someone that I truly admire and respect. He is one of my best friends on Tour. We go back a long time. He is one of the most talented players you will see.

He is such a great athlete,” he added. In a tight clash, the former World No. 1 scrambled to win the first set, saving three set points before he converted his fifth set point with a diving forehand volley.
After winning the set, the 35-year-old dragged himself to his feet and received a medical timeout, with coach Goran Ivanisevic watching on, concerned. Despite his hamstring worry, Djokovic remained calm and stuck to his task on court, playing with consistency to seal the second and third sets.

The fourth seed, who struck 28 winners and committed 22 unforced errors, received a second medical timeout at 4-1 in the third set. However, Djokovic returned to court where he was able to finish the job, winning a series of gruelling rallies in his final service game to triumph.

Djokovic will next play Australian Alex de Minaur. The 35-year old now leads Dimitrov 10-1 in their ATP Head to Head series following his three-hour, seven-minute win.
Djokovic is chasing a record-tying 22nd Grand Slam trophy this fortnight and will reclaim No. 1 in the ATP Rankings if he wins the title. Meanwhile, Roberto Bautista Agut ended Andy Murray’s Australian Open run with an impressive 6-1, 6-7(7), 6-3, 6-4 win to reach the fourth round.

In 2019, the pair met on Margaret Court Arena for an emotional encounter, with Murray losing what he feared would be the final match of his career. Competing in the same stadium four years on, Bautista Agut once again had the answers to triumph after three hours and 29 minutes.

“Always playing Andy is very tough. He knows very well how to play a Grand Slam match. I am happy with how I handled the nerves and tension through the match, to play good tennis.
I am very happy with the win,” Bautista Agut said. “I am feeling good on the court. I am competing well and I am doing everything I can off court to make sure I play good matches.

Today was very tough,” he added. The 24th seed struck his flat groundstrokes with consistency, limiting errors off both wings to frustrate Murray. Despite looking fatigued, Murray fought hard.

He rallied from a break down in the second set, saving two set points to dramatically level. However, the former World No. 1 was unable to maintain the same intensity levels as the match went on.
He produced moments of magic, but struggled physically in the third and fourth sets, striking his serve and forehand with limited power. Bautista Agut was also pushed to five sets in the second round, clawing past American wild card Brandon Holt.

Yet the Spaniard looked fresh, breaking Murray’s serve six times to improve to 4-3 in his ATP Head to Head series against the 35-year-old. The 34-year-old will next play Tommy Paul.
If he overcomes the American he will equal his best result in Melbourne, having advanced to the quarter-finals in 2019.