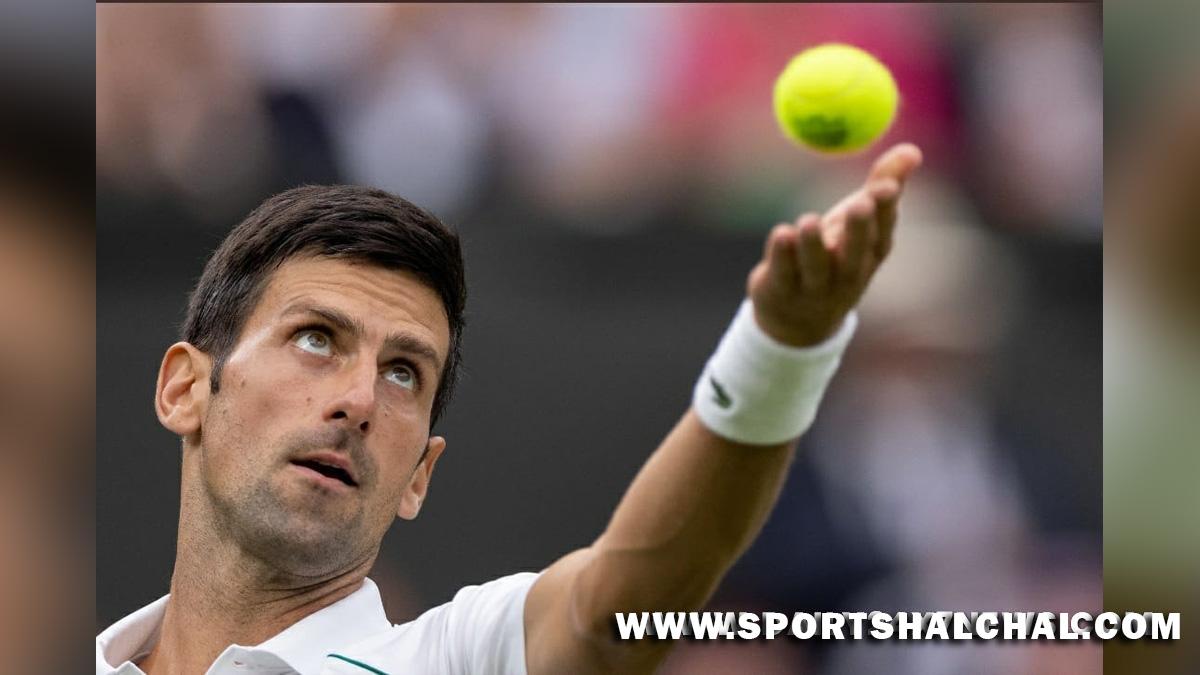 Melbourne : The Novak Djokovic visa-saga in Australia continues even as World No 1 from Serbia was on Thursday drawn to start his campaign in the year’s first Grand Slam against compatriot Miomir Kecmanovic, the World No 78.Djokovic, who had reached Australia with a certificate claiming exemption from vaccination as he had tested positive for Covid-19 in December, had his visa cancelled by the Australian government before a Federal Court in the country intervened to give him respite.There were still doubts over his participation in the event and there was intense speculation on Thursday when the draw for the event was delayed for some time. However, the organisers went ahead with the formalities on Thursday with the Serbian’s name being included in the draw.

Djokovic, the nine-time Australian Open winner, is hoping to become the player to win most Grand Slam titles by claiming his 21st men’s singles crown in the Australian Open, which starts on January 17, breaking a tie for most tiles with Roger Federer and Rafael Nadal. He is likely to face his first seeded player 25th ranked Lorenzo Sonego of Italy — in the third round.Meanwhile, a decision is yet to come through from Australia’s Minister of Immigration Alex Hawke as to whether or not the top-seeded Serb and nine-time champion will be allowed to defend his title. But organisers already have in place the guidelines to change the draw should Djokovic be forced to withdraw.According to the Grand Slam “ulebook: “If the withdrawal is among seeds 1 to 4, the 5th seed is moved into the open position, the 5th position shall be filled by the 17th seed, and the 17th position shall be filled by the next highest-ranked player eligible to “e seeded.”

As per this rule, if top-seeded Djokovic has to pull out, then fifth seed Andrey Rublev takes his place in the draw. Gael Monfils, the 17th seed ‘akes Rublev’s place, and Bublik becomes the new 17th seed.In case Djokovic withdraws after the order of play is made, he will be replaced by a Lucky Loser, a player who lost in the third and final round of the qualification stage. In case, Djokovic has to withdraw after playing his first-round match, his opponent in the second round will get a bye.Second seed Daniel Medvedev of Russia will open his campaign against Henri Laaksonen of Switzerland, ranked 92nd in the world. Next up for Medvedev will be Australia’s Nick Kyrgios, who had withdrawn from the Adelaide International due to the Covid positive test and will open his Australian Open campaign against a qualifier if he recovers in time.