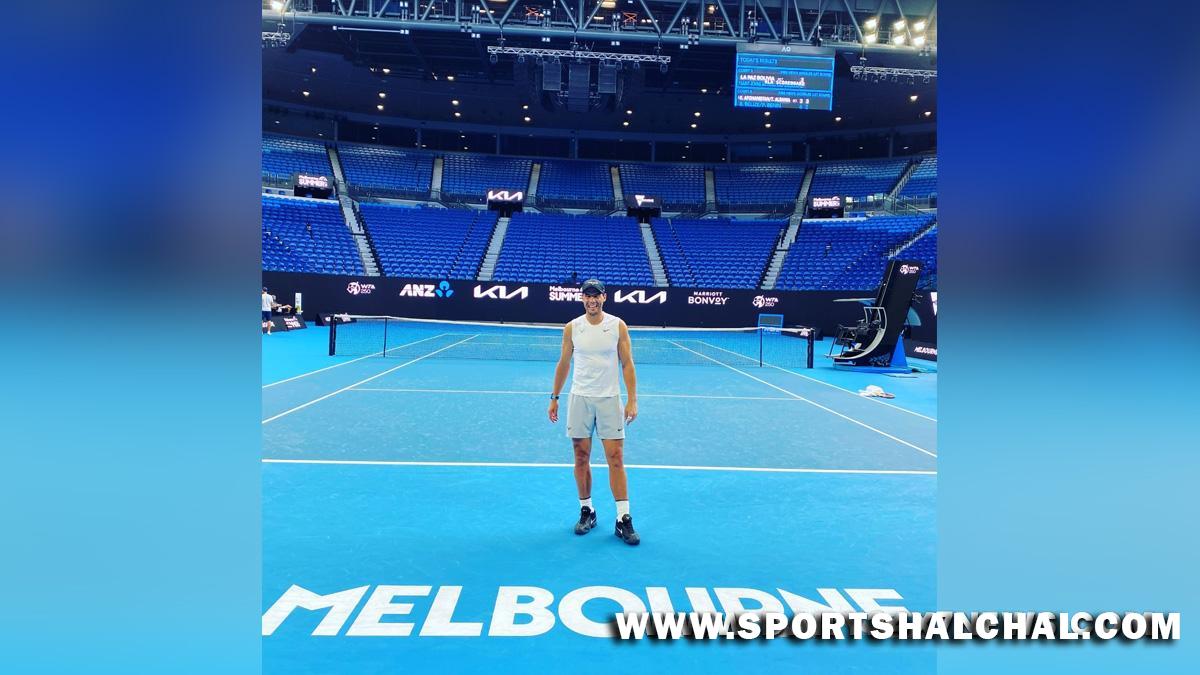 Melbourne : Spanish tennis stalwart Rafael Nadal began his quest for a 21st Grand Slam and his second Australian Open title in 13 years dismissing world No. 66 Marcos Giron of the US 6-1, 6-4, 6-2 to advance to the second round at Melbourne Park on Monday.Enjoying a trouble-free opening round, the 2009 Australian Open champion seemed to have recovered fully from the left-foot injury which had forced the 35-year-old to miss the Wimbledon, the Tokyo Olympics and the US Open last year.The Spaniard has improved to 4-0 for the year, having won his 89th title at the Melbourne Summer Set in week one. The winner of a record 13 title at Roland Garros, Nadal dropped just eight points on his first serve and slammed 34 winners, including seven aces in his opening-round win.

“It’s been a very challenging few months… tough moments with a lot of doubts– there still are doubts (about the foot injury having healed completely),” Nadal said after the match. “But I am here and I can’t be happier to be back in Australia in this amazing stadium,” he was quoted as saying by atptour.com.”You never know when you come back from injury, which unfortunately I have a lot of experience with, how things will be, so you have to take it day by day. You have to forgive yourself if things aren’t going the proper way.”Nadal is also attempting to become just the second man after Serbian world No. 1 Novak Djokovic to win all four majors at least twice. He is also trying to become the third man in the Open Era to win the Australian Open after turning 35 after Swiss master Roger Federer and Australian great Ken Rosewall.
Next up for the 20-time Grand Slam champion is the winner of Adelaide International 2 champion Thanasi Kokkinakis of Australia and Germany’s Yannick Hanfmann.