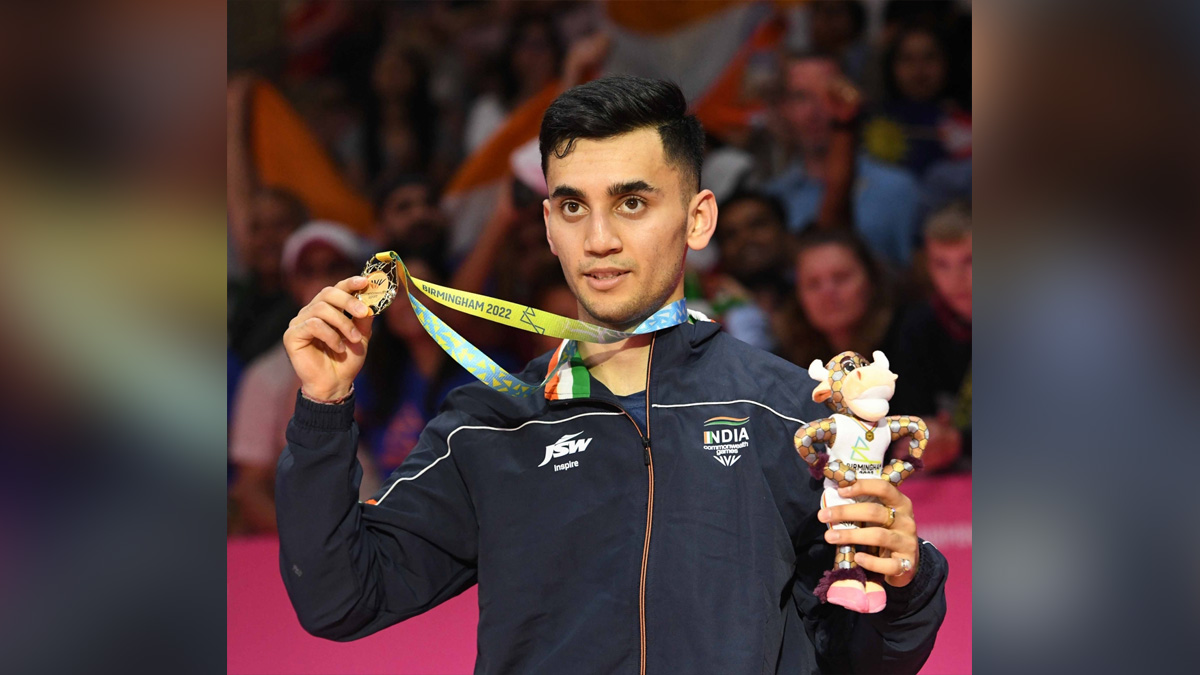 In his debut outing in the multi-nation event, Lakshya, 20, came back incredibly well after losing the first set to become the fourth Indian shuttler to win a gold medal in men’s singles category after Prakash Padukone (1978), Syed Modi (1982) and Parupalli Kashyap (2014).

It also means that India have first and third podium finish in men’s singles badminton after Kidambi Srikanth clinched bronze medal after defeating Jia Heng Teh of Singapore 21-15, 21-18.

Earlier in the day, badminton ace PV Sindhu won her maiden gold medal in women’s singles, defeating Michelle Li of Canada 21-15, 21-13.In the first set, Lakshya brought out his trademark flick shots to take a 7-6 lead.

But Tze Yong took a two-point lead at mid-game interval and continued to lead by one and three points before Lakshya levelled it at 18-18.But Tze Yong came back to take first set 21-19 as Lakshya was on backfoot.

In the second set, Tze Yong continued to completely dictate terms with a 8-6 lead as Lakshya started to run out of ideas. But suddenly, Lakshya hit three straight points to enter the second set mid-game interval leading by two points.

Errors continued to come for Tze Yong as Lakshya won 12 of the last 13 points to be in lead at 18-9 and eventually took the second set 21-9 in a sensational comeback. In the decider set, both Lakshya and Tze Yong were tied at 3-3.

From there, Lakshya hit several body smashes and forced Tze Yong to make errors for taking a four-point lead at mid-game interval. Lakshya got a five-point lead with a blazing smash down the line and Tze Yong hitting straight on net.

An amazing jump smash winner from Lakshya and Tze Yong hitting one wide put the Indian on the verge of winning the gold medal.He duly finished off the match in his favour with a cross-court drop to seal a come-from-behind win in an hour and 20 minutes.