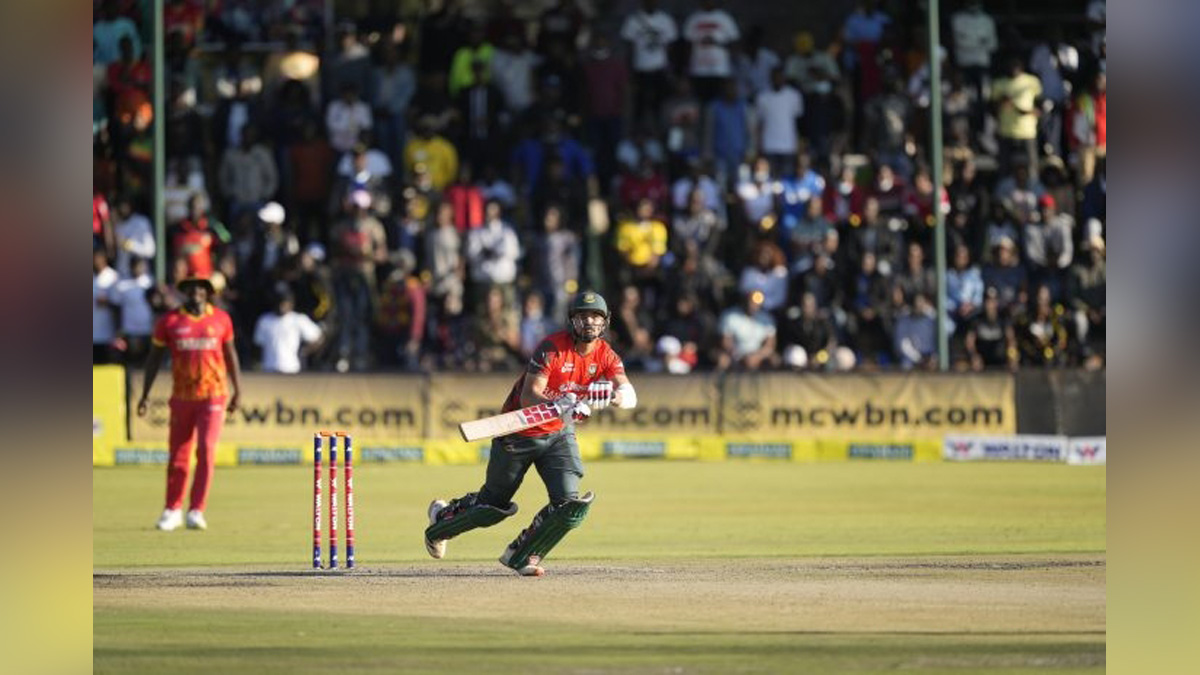 Harare : Bangladesh finally hit winning ways in T20I cricket with the visitors defeating Zimbabwe by seven wickets in the second game at the Harare Sports Club here to level the series 1-1, but not before new captain Nurul Hasan was sidelined for nearly a month with a finger injury.

Electing to bat after winning the toss, Zimbabwe were restricted to just 135/8 in their 20 overs with Sikandar Raza the only batter to play the Bangladesh bowlers with authority and score a half-century.

Off-spinner Mosaddek Hossain grabbed five wickets in his four overs but Bangladesh also suffered a big injury blow as Nurul hurt his left index finger while keeping and will now sit out the series decider at the same venue on Tuesday.

In reply, Bangladesh notched up the required runs for the loss of three wickets and 15 deliveries to spare, thus levelling the three-match series 1-1. Bangladesh has lost the opening T20I at the same venue by 17 runs.

The 28-year-old Nurul will also miss the three-match ODI component of the Zimbabwe tour, with medical staff revealing a nearly month-long recovery period as the best-case scenario for the T20 skipper.”We did an X-ray which revealed a fracture to the index finger,” Bangladesh physio Muzadded Alpha Sany was quoted as saying by ICC.

“Such injuries take about three weeks to recover from. He is therefore out of Tuesday’s last T20 match and the upcoming ODI series,” he added.Nurul is only two matches in to his reign as Bangladesh’s T20I captain, and a stand-in skipper for the series decider is yet to be announced.
Brief scores: Zimbabwe 135/8 in 20 overs (Sikandar Raza 62, Ryan Burl 32; Mosaddek Hossain 5/20) lost to Bangladesh 136/3 in 17.3 overs (Litton Das 56, Afif Hossain 30) by seven wickets.