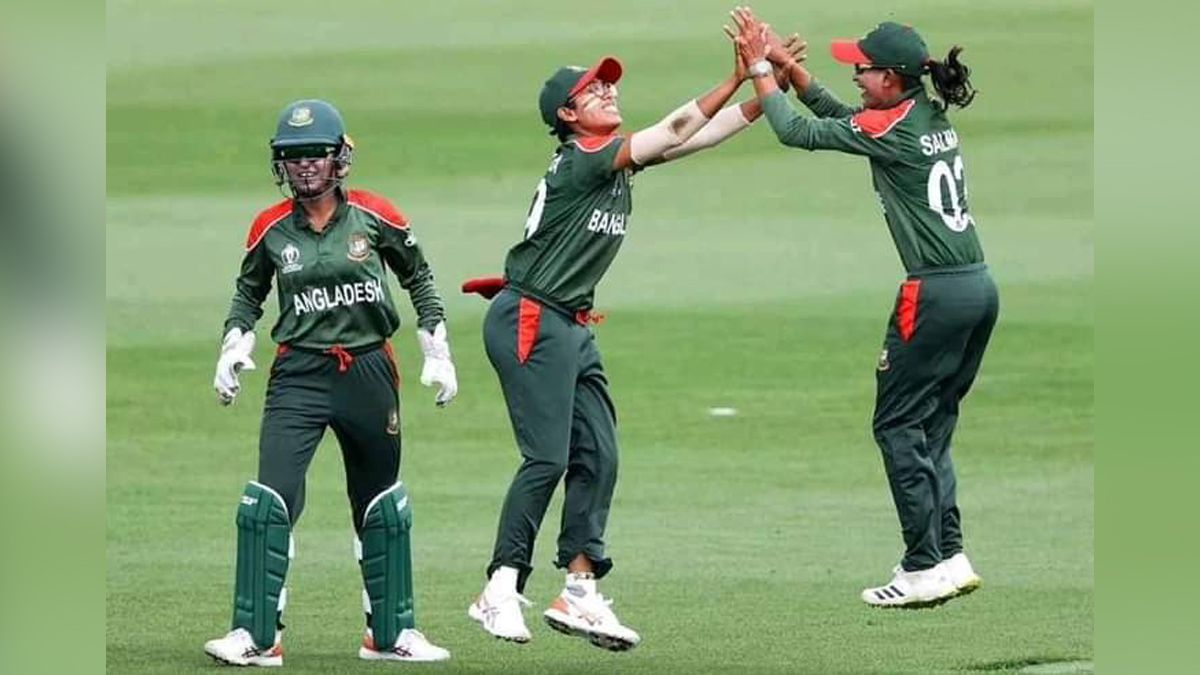 Abu Dhabi : Bangladesh Women managed to defend a small total, thanks mainly to their veteran off-spinner Salma Khatun, as they defeated Thailand by 11 runs to qualify for the ICC Women’s T20 World Cup in South Africa in 2023.

Earlier, Ireland booked their place in the showpiece event in South Africa with a four-run win over Zimbabwe. Defending 113/5 on Friday evening, built mainly on Murshida Khatun’s 26 and Rumana Ahmed’s unbeaten 28, Bangladesh managed to restrict Thailand Women to 102/6, with Natthakan Chantham being the lone ranger for the side, scoring 64 off 51 deliveries.

Asked to bat first, Bangladesh got off to a slow start, ambling along to 27/0 at the end of the powerplay. Thailand tightened their bowling in the second half of the innings as batters got decent starts but couldn’t convert them into big scores.

Skipper Nigar Sultana never got going, making 17 off 24 balls before falling in the 15th over. It needed a late cameo from Rumana Ahmed, a 24-ball 28, to help Bangladesh post a total of 113/5, which still seemed below par.

But Bangladesh made up for that with a strong powerplay with the ball, taking three Thailand wickets and conceding just 13 runs in the first six overs.

Natthakan Chantham held the innings together from No.3, but she struggled to get support from the other end as Bangladesh kept things tight. Sanjida Akter and Salma Khatun starred with the ball for Bangladesh, taking two and three wickets each, and bowling economical spells.

For Thailand, Chantham made her fifth half-century, but it wasn’t enough for her team to get close enough as Bangladesh beat them to the T20 World Cup in South Africa next year.

Rohit Sharma ‘quite surprised’ with his batting, says he didn’t quite expect it