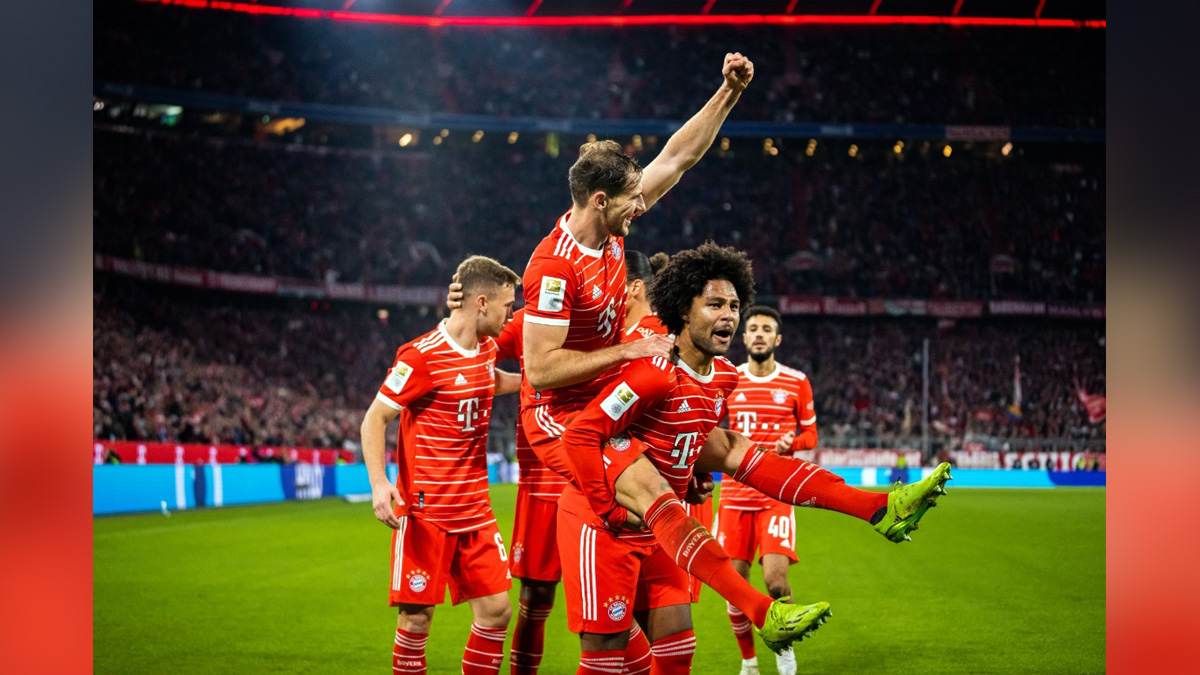 The record German champions continued powerful and eventually made it 2-1 six minutes later as Gnabry collected a loose ball inside the box to curl the ball past Pavlenka into the far corner.

The hosts were shocked and couldn’t put up resistance whereas Bayern worked out a 4-1 lead as goals from Leon Goretzka and Gnabry destroyed Bremen’s hopes of a comeback before the halftime whistle.

Bayern ceased attacking after the restart but still Bremen couldn’t do any damage to the hosts’ defence.The frontrunners, on the other hand, weren’t done with the scoring and extended their advantage in the closing stages as Gnabry wrapped up his hat-trick in the 82nd minute before Mathys Tel finished off a solo run to round off a 6-1 victory on home soil.

“Winning four straight games on home soil with more than four goals speak for itself. We had a difficult start as we wasted a penalty and had to swallow the equalizer. We remained calm though and scored three goals before the break.

The boys staged a great performance for the supporters. Compliments to the boys,” said Bayern coach Julian Nagelsmann.Elsewhere, Wolfsburg extended their unbeaten run to nine games after ending Borussia Dortmund’s three-game winning streak with a 2-0 victory.

T20 World Cup : Used to feeling of being in knockouts due to playing two must-win games : Jos Buttler