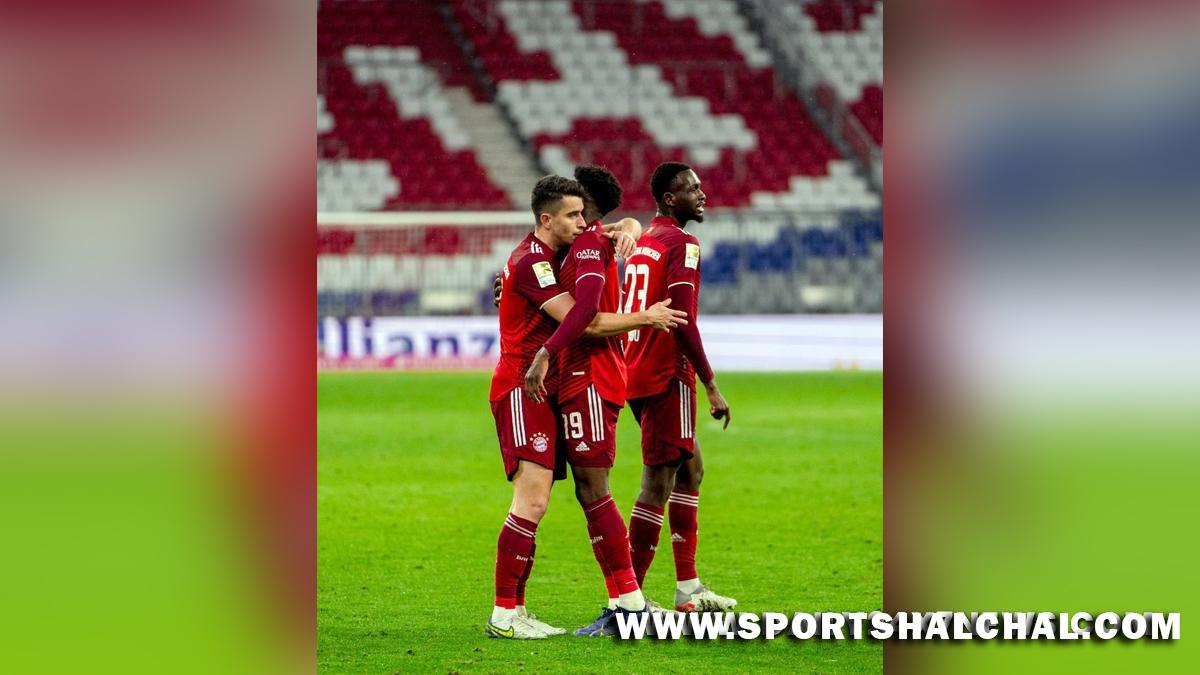 Berlin : Front-runners Bayern Munich overcame a fighting Mainz 2-1 and benefitted on Borussia Dortmund’s stalemate to increase their advantage in Germany’s top-flight to six points following the 15th round of matches.The visitors staged a courageous performance as they pressed aggressively and defended well against the Bavarians who could only work out half chances through Alphonso Davies in the opening stages on Saturday evening.Mainz grew into the clash as the clock ticked and stunned the German giants in the 22nd minute when Jonathan Burkhardt’s cross allowed Karim Onisiwo to nod home the opener at the far post.The “Nullfunfer” were able to keep Bayern at an arm’s length but still Thomas Muller and Kingsley Coman came close in the closing period of the first half.Bayern eventually restored parity in the 53rd minute after Corentin Tolisso’s defence-splitting pass fed Coman, who kept his cool and and finished the job after nutmegging Mainz goalkeeper Robin Zentner from inside the box, Xinhua reports. The German record champions gained momentum and pressed Bo Svensson’s men into their territory.

Bayern’s dominance paid off with 74 minutes gone as Benjamin Pavard squared to Jamal Musiala, who danced through Mainz’s defence before drilling the ball into the bottom left corner to complete the comeback.Mainz responded well but couldn’t do more damage as Bayern’s defence stood firm to secure the third straight win in the league.”We couldn’t keep up the pace throughout the game. In the second half ceased attacks and Bayern can of course take advantage of that,” Mainz striker Onisiwo said.With the result, front-runners Bayern Munich establish a six-point gap while Mainz slump to the eighth spot.Elsewhere, runner up Borussia Dortmund suffered a setback in the title race after sharing the spoils with newly-promoted Bochum as Julian Brandt’s 1-1 equaliser came too late.Hoffenheim clinched its fourth win in row and climbed on the 4th spot as Chris Richard’s last-gasp 2-1 winner flabbergasted Freiburg.Leipzig returned to winning ways and ensured new coach Domenico Tedesco a successful debut after easing 4-1 past Borussia Monchengladbach and Hertha beat bottom side Arminia Bielefeld 2-0.