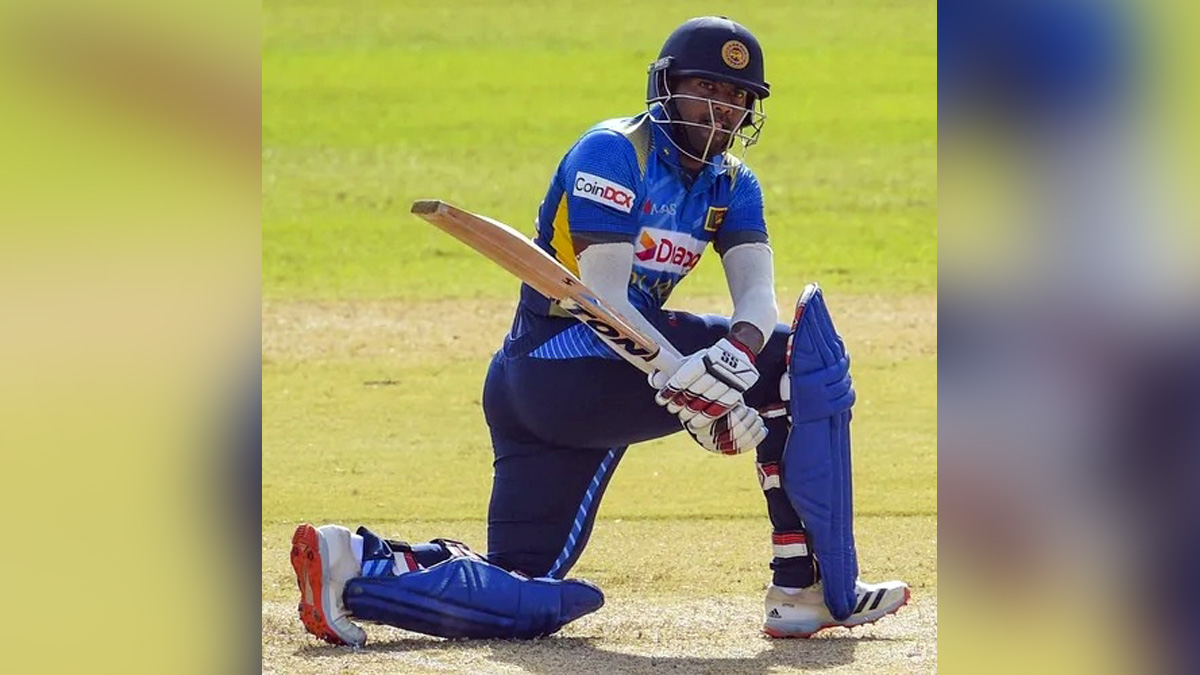 Colombo : The explosive left-handed batter Bhanuka Rajapaksa will miss the Afghanistan series after he requested rest from ODI cricket as Sri Lanka announced the squad on Thursday.Sri Lanka initially named a 16-player squad to face Afghanistan in the three-match series, beginning on November 25.

However, soon after the announcement, Rajapaksa requested Sri Lanka Cricket to be released from the squad as he wishes to take a break from the 50-over format.Sri Lanka Cricket (SLC) accepted the request of the batter.

“In the meantime, Bhanuka Rajapaksa has requested that Sri Lanka Cricket release him from the current squad, as he wants to take a break from ODI cricket. Accordingly, Rajapaksa will be released from the squad,” the SLC said in a tweet.

The 31-year-old took to social media to specify the reason behind his break and thanked Sri Lanka Cricket for being supportive.”Decided to withdraw from the ODI squad in the hope to recover and refresh both physically and mentally.

Have been playing with a few niggles that have begun to hamper me lately. Added to that, repeatedly being months away from home has definitely been a strain mentally,” tweeted Rajapaksa.”Thank you @OfficialSLC for being supportive and understanding of this decision.

All the best to the rest of the team and our captain @dasunshanaka1, I’m sure you will make us all proud,” he added.Meanwhile, the left-arm orthodox bowler Dunith Wellalage retained his place in the squad after an impressive debut against Australia earlier this year, where he picked nine wickets in five matches, averaging 22.33.

On the other hand, Dananjaya Lakshan gets another opportunity after playing his only international match over a year later.The squad was released pending approval from the Minister of Sports and Youth Affairs. All three ODIs will be played in Kandy with crucial Cricket World Cup Super League points on the line.