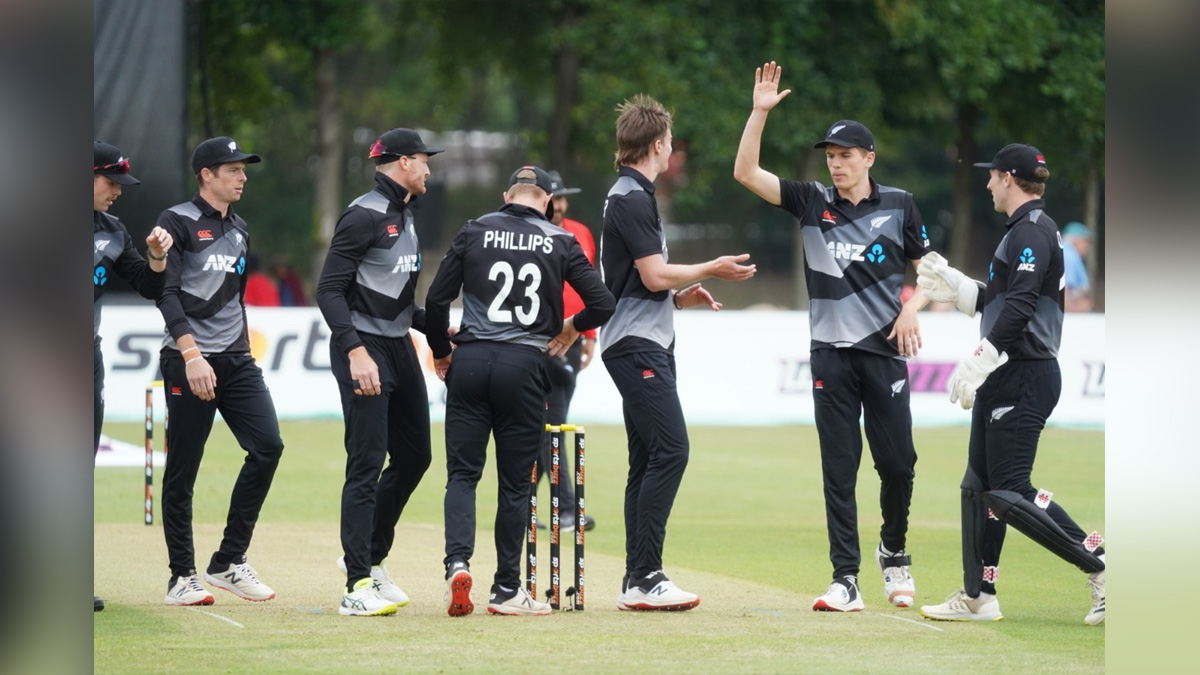 The Hague : A fine 45 by Martin Guptill at the top of the batting order and a four-wicket haul from pace bowler Blair Tickner helped New Zealand defeat the Netherlands by 16 runs in the opening T20 International at Sportpark Westvliet here.

The duo of Tickner and Ben Sears (3/22) shared seven wickets among them in Thursday’s D/N game as the Black Caps overcame a spirited Dutch to take a 1-0 lead in the two-game series.

The Black Caps batters were made to work hard for their 148/7 in 20 overs as the Dutch tweakers made things difficult for the batters before Jimmy Neesham scored a 17-ball unbeaten 32 at the back end to give respectability to the Black Caps’ score.

Tickner (4/27) then demolished the Netherlands’ top order leaving them struggling on 15/3 in the fourth over.Sears’ awkward pace then caused more trouble for the hosts, getting rid of Teja Nidamanuru with keeper Dave Cleaver taking a well-judged catch.