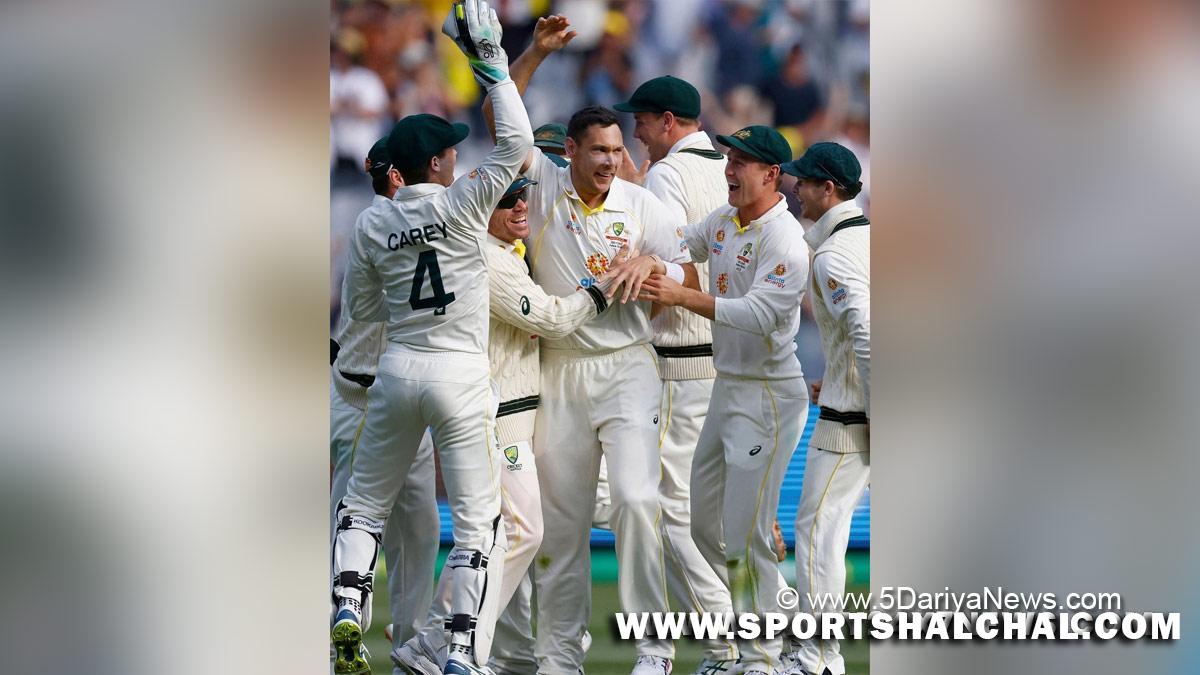 Melbourne : Former Australian Test cricketer Chris Rogers has high hopes from pace bowler Scott Boland and says the 32-year-old’s “workhorse” attitude will see him play many more Tests for the country.With the Australian cricket team packed with pace bowlers and many more waiting in the wings, there is always the fear of Boland becoming a one-Test wonder, but Rogers, who is the pace-bowling sensation’s coach at Victoria, said that his ward is “at the top of his game”.Boland, the second Indigenous male cricketer after Jason Gillespie to play in the Australian Test team, had a sensational start to his Test career taking six second-innings wickets and conceding just seven runs as the hosts crushed England by an innings and 14 runs on Tuesday to retain the Ashes.Boland’s figures of 6/7 are the best by a debutant at the MCG in 144 years, and the only player to have taken more wickets is Tom Kendall, who recorded 7/55 in 1877 — five years before Australia’s victory at The Oval gave life to the Ashes.”His record is very good, it’s just that others have struggled on the MCG graveyard a little bit and he’s managed to be consistent there. He’s definitely a bowler at the top of his game, someone who just understands the intricacies of being able to take wickets (and) work batters out,” Rogers told sen.com.au on Wednesday.Rogers felt Boland should be considered for the upcoming series in Pakistan, Sri Lanka and India, where the pitches offer less bounce and carry.

The Australian team will play three Tests, an equal number of ODIs and a one-off T20I against Pakistan in March-April next year. They will also play two Tests in Sri Lanka and four Tests in India in the second half of the year.”I think he wouldn’t let you down wherever you take him. Clearly George Bailey (chairman of selectors) and Pat Cummins have spoken about him as being suited to specific pitches, (but) he’s a workhorse and he’d do a job wherever he went,” said Rogers.On the selection dilemma ahead of the fourth Test at the SCG, Rogers said that with Boland taking six second-innings wickets, it would be difficult to ignore him even if the likes of Jhye Richardson and Josh Hazlewood are available for selection.”I doubt that very much, now. He looks like he has what it takes to succeed at that level. It’s going to be a tough selection for the next game, especially if Josh Hazlewood is fit. You bowl the house down like that, it’s pretty hard to be left out. I don’t envy the Australian selectors.”I imagine with Mitch Starc, they might be thinking about resting him,” Rogers felt. “He’s played all three Test matches now, so whether they think ‘this is the right time to leave him out’ and play Scott, or Jhye as well� It’s hard to know, but the great thing is everyone’s bowling so well so there’s so many options.”