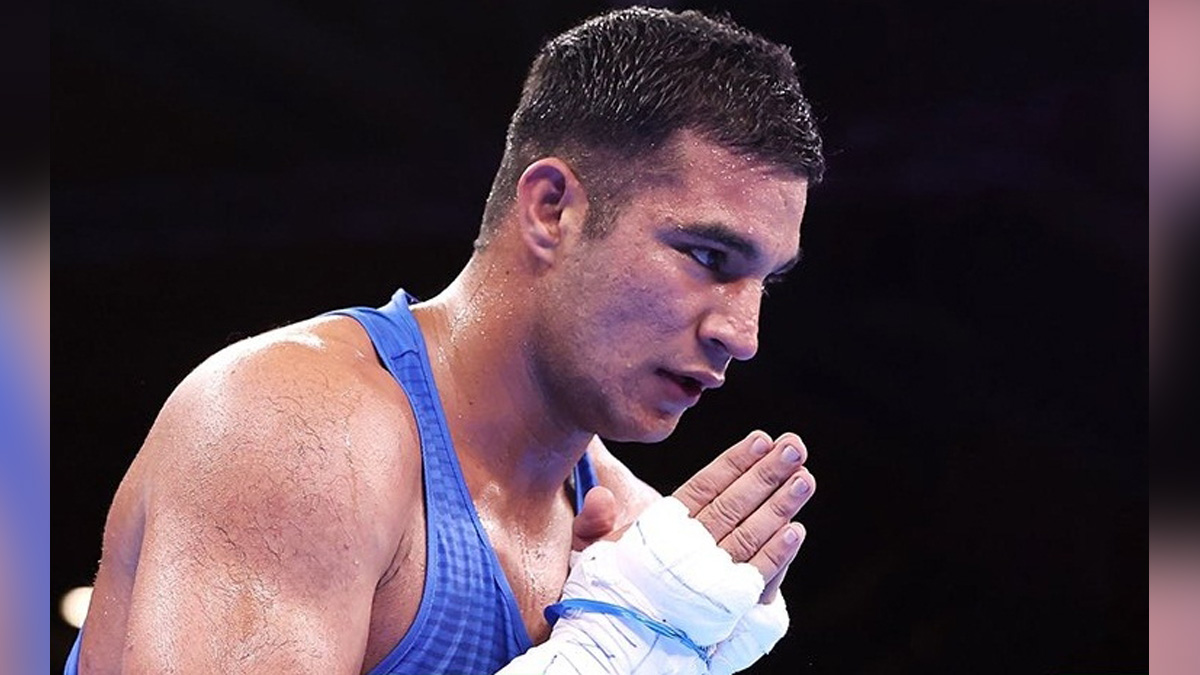 Birmingham : Sagar Ahlawat became the fourth Indian boxer to reach the final in the Birmingham 2022 Commonwealth Games here, storming past Nigeria’s Ifeanyi Onyekwere with a 5-0 win on points in the men’s 92 kg (Super Heavyweight) division.

Sagar joined reigning World Champion Nikhat Zareen, Asian champion Amit Panghal and Nitu as the Indian boxers to make it to the finals of their respective weight divisions.

With Sagar reaching the final, India has a chance of winning four gold medals, one more than the three they earned in Gold Coast, Australia four years ago.

In the 92kg semifinal, Sagar got off to a good start and was marked the winner of the first round by all five judges.He kept his advantage in the second round also, landing some blows on his opponent.

But as Sagar had done enough in the two previous rounds, he was declared the winner on points.In the final to be played on Sunday, Sagar will take on England’s Delicious Orie, who defeated Leuila Mau’u if Australia in the other semifinal.