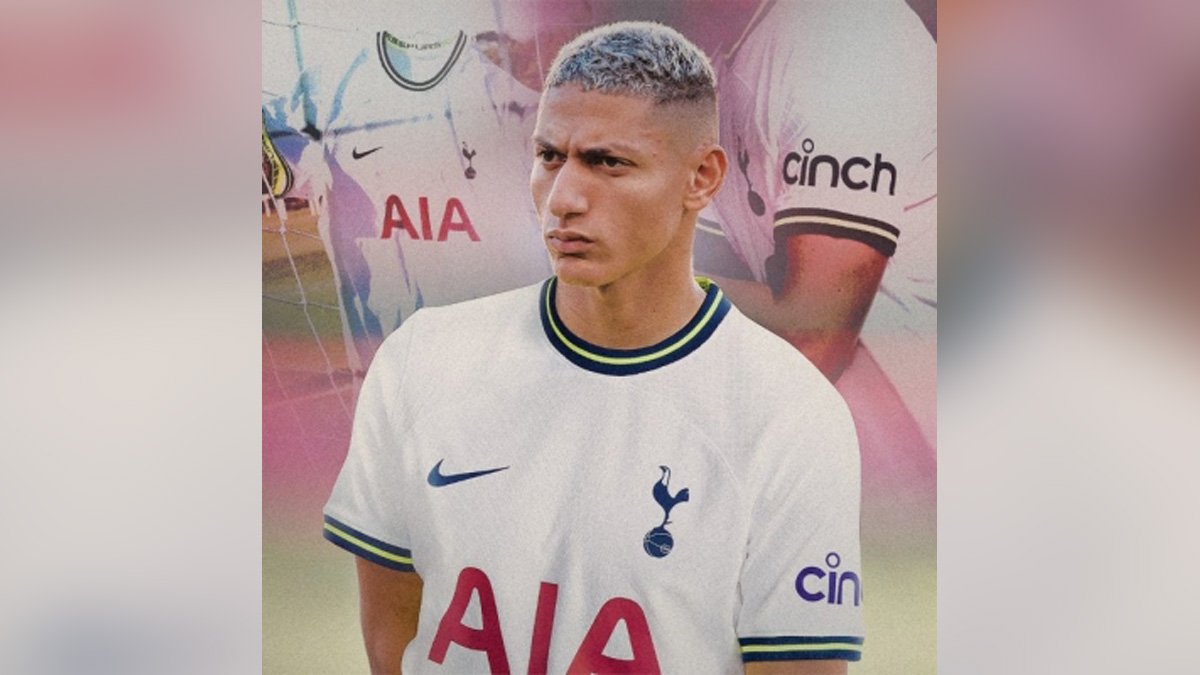 London : Tottenham Hotspur have completed the signing of Brazilian international Richarlison from Everton, the Premier League club said in a statement on Friday.The 25-year-old Richarlison completed a medical test in Brazil on Thursday ahead of the announcement of the deal, and he will join with the team for pre-season in the coming days, the club said.

Everton too confirmed the departure of the Brazilian from the club.”The 25-year-old forward departed the Blues after four years at Goodison Park, making 152 appearances and scoring 53 goals. Everyone at Everton would like to thank Richarlison for his service and commitment during his time with the club,” Everton said.

Richarlison joined Everton from Watford in July 2018 and, during his time with the Club, made his senior Brazil debut, going on to earn 36 caps for the five-time world champions.Richarlison has made 173 Premier League appearances to date, scoring 48 goals, during spells at Watford and Everton since making the switch from Fluminense in August, 2017.

Born in Nova Venecia, the versatile attacker began his youth career at Real Noroeste and America Futebol Clube before making his professional debut in July, 2015. He joined Fluminense in January, 2016, scoring 11 goals in 46 appearances and was named in the Campeonato Carioca Team of the Year after helping his side reach the final of the competition in his second season.

In August, 2017, Richarlison made the switch to Watford and in his first season featured in every one of their 38 Premier League fixtures, earning himself a move to Everton where he marked his debut with a brace in a 2-2 draw against Wolves.

Deployed as either a wide attacker or central striker, Richarlison finished as Everton’s joint-top scorer across all competitions in his opening two seasons, reaching double figures in three of the four seasons he spent with the Toffees since joining in July, 2018.

Richarlison becomes Spurs’ fourth signing of the summer, with Fraser Forster, Ivan Perisic and Yves Bissouma having already joined. Middlesbrough’s Djed Spence could be next through the door, as the club close in on a 15m transfer for the former Nottingham Forest loanee.