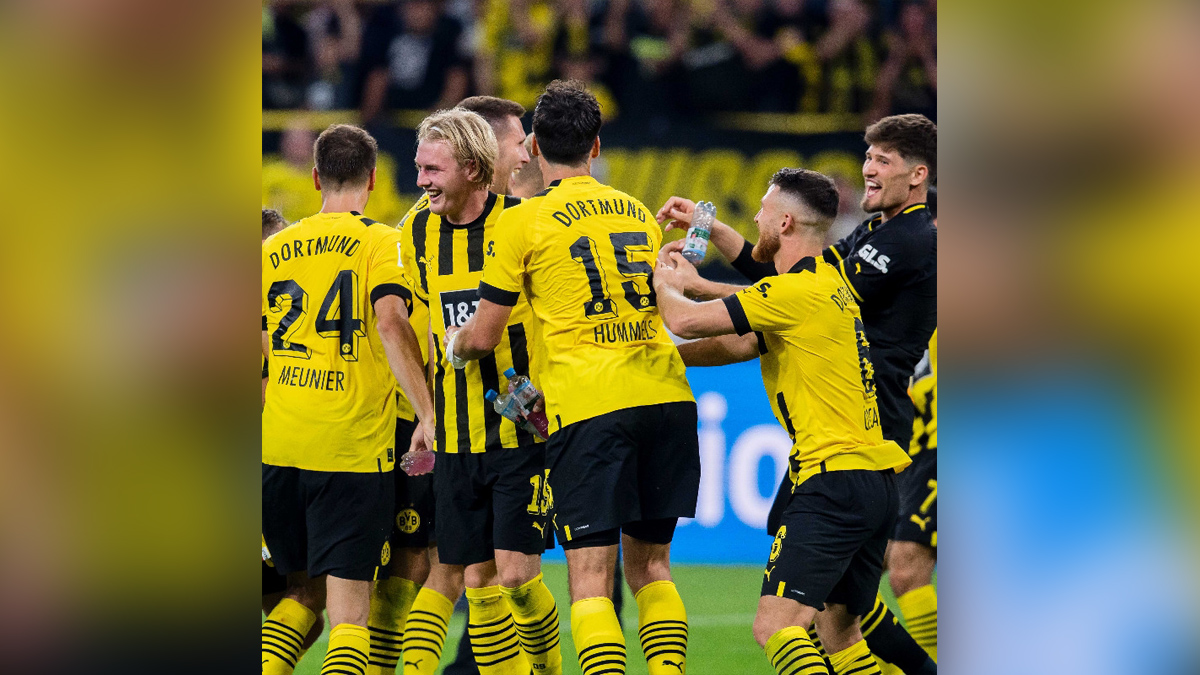 Berlin (Germany) : Borussia Dortmund moved atop the Bundesliga standings after securing the second straight win courtesy of Marco Reus’ sole goal against Hoffenheim at the curtain raiser of the fifth round.

“We staged a faultless performance in the first half. We created many chances and kept Hoffenheim at bay for most of the time. The second half wasn’t good, but we still won 1-0.

I would have been happier with a second goal,” said Dortmund head coach Edin Terzic, after their win on Friday.The “BVB” seized control from the kickoff and grabbed the deserved lead 16 minutes into the game as Marco Reus finished off Julian Brandt’s square pass from close range.

Dortmund gained momentum and should have doubled their advantage but neither Anthony Modeste nor Jamie Bynoe-Gittens was able to beat Hoffenheim goalkeeper Oliver Baumann despite promising chances, reports Xinhua.

Hoffenheim posed no threat at all and were lucky that Reus missed the target from 15 metres while Jude Bellingham pulled wide from a tight angle before the halftime whistle.

After the restart, Hoffenheim took over and started to keep Dortmund’s defence busy but still their custodian Gregor Kobel had little to do.Dortmund increased the pressure as the match progressed, but Baumann prevented a higher defeat after neutralizing the efforts from Thorgan Hazard and Modeste at the hour mark.

The “TSG” couldn’t avert the second defeat of the season as they lacked in ideas to overcome Dortmund’s well-positioned defence.”We played 60 minutes too passive, and we lacked in accuracy.

That obviously played into the hands of Dortmund. Due to our lack of accuracy, we couldn’t produce opportunities.Dortmund is the deserved winner today,” said Hoffenheim head coach Andre Breitenreiter.