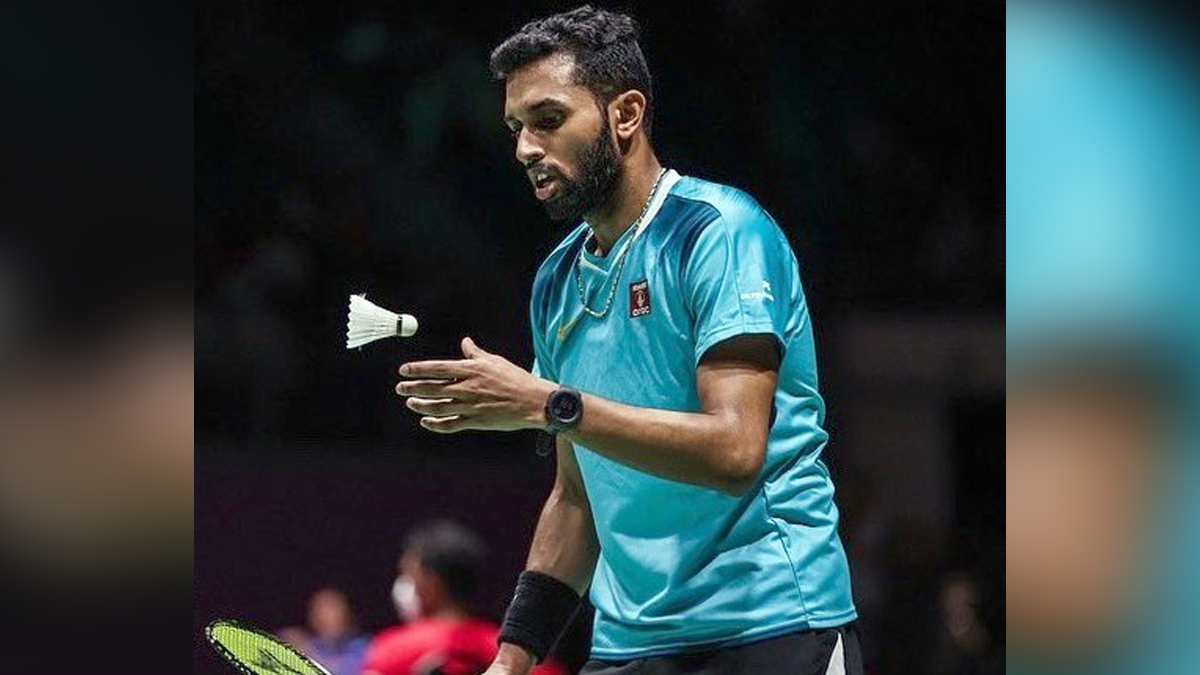 Tokyo : Ace Indian shuttler H.S Prannoy advanced to the men’s singles quarter-finals in the BWF World Championships 2022 after beating compatriot Lakshya Sen in a round of 16 clash, here on Thursday.Prannoy came from a game down to beat the ninth-seeded Lakshya 17-21, 21-16, 21-17 in the round of 16.

With this win, the veteran continued his fine run of form in the tournament having beaten former world champion Kento Momota in the previous round.The 30-year-old will next face China’s Zhao Jun Peng in the last eight and will be assured of a first BWF World Championships medal if he wins.

After an even start, Lakshya clawed his way ahead, picking the shuttles early and hurrying his senior compatriot to take the opening game. However, Prannoy was smart to change the strategy and engaged the recently-crowned Commonwealth champion Sen in long rallies to take the second.

In the decider, Prannoy took the attack to his opponent, dictating the pace of the rallies and displaying impressive defence against Lakshya’s attacks. He led for most of the game and despite a slight wobble towards the end, Prannoy took victory when Lakshya sent a return long.

“It’s always tough [playing against Sen], he’s one player that’s improved tremendously over the past couple of years. It’s always tough to beat players who have a lot of confidence,” Prannoy said after the game.”His defense is super solid and there are no easy points with him.

It took its toll on my body and I’m wondering how I will play tomorrow. I’ll have to get a good sleep tonight as the last one I lost against him,” he added.Earlier, the pair of M.R Arjun and Dhruv Kapila had made history by becoming the first Indian men’s doubles pair to make the quarterfinals at the world championships after beating Singapore’s Hee Kong Yai Terry and Loh Kean Hean 18-21, 21-15, 21-16.

They were soon joined by seventh-seeded pair Chirag Shetty and Satwiksairaj Rankireddy who beat Denmark’s Jeppe Bay and Lasse Molhede 21-12, 21-10. Chirag-Satwik will next face reigning world champions Takuro Hoki and Yugo Kobayashi while Arjun-Kapila is up against the ‘Daddies’ Mohammad Ahsan and Hendra Setiawan of Indonesia.

However, Olympic medallist and former world No. 1 Saina Nehwal’s campaign came to an end after she lost 17-21, 21-16, 13-21 to Thai shuttler Busanan Ongbamrungphan.The 32-year-old produced some of her classic moments — the deceptive drops and long returns to push her opponent back. But the two-time world championships medallist committed too many unforced errors and was unable to sustain the high level throughout the match.