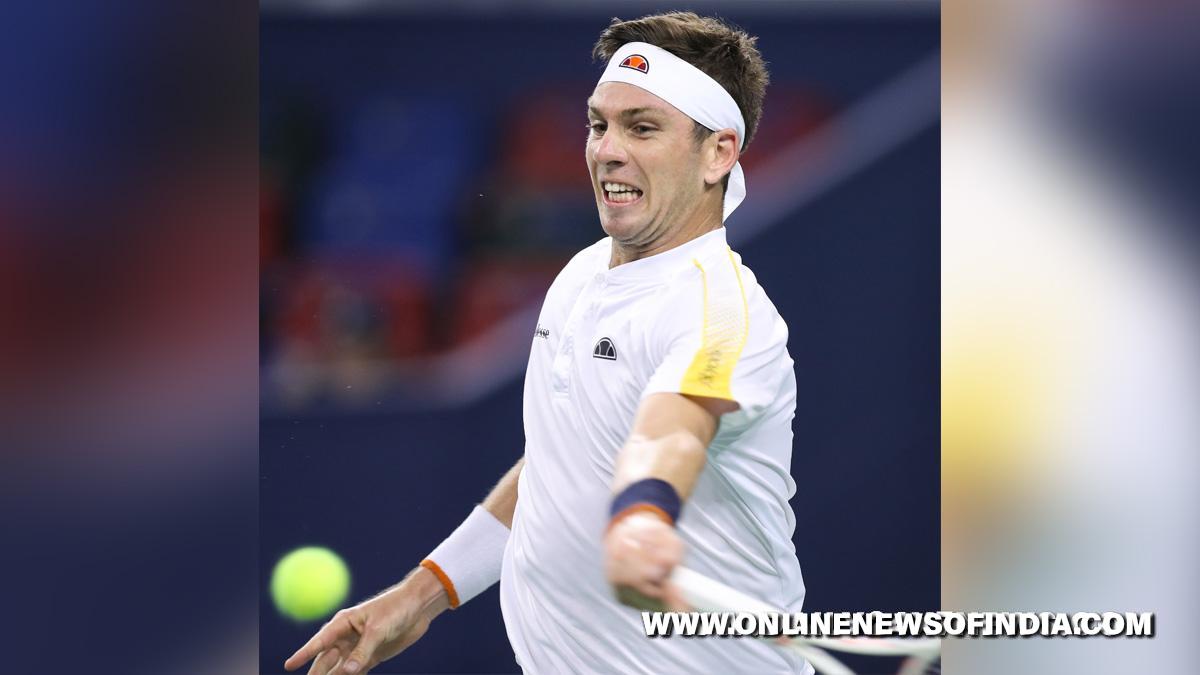 Indian Wells : Great Britain’s world No. 26, Cameron Norrie, became the first male tennis player ranked outside the top-25 since Ivan Ljubicic of Croatia (2010) to clinch the BNP Paribas Open title, defeating Nikoloz Basilashvili of Georgia 3-6, 6-4, 6-1 at Indian Wells on Monday (IST).Norrie’s win over the 29th seed came on the back of 10 winners and 25 unforced errors and handed him a second title this season from his sixth final.”It means so much to me, my biggest title. I’m so happy. I can’t even describe it right now,” Norrie told atptour.com. “It was a strange match today but absolutely massive for me and my team. I can’t really believe it. If you’d have told me I’d have won before the tournament started I wouldn’t have believed you, so it’s amazing.”Norrie became the first British man to win in Indian Wells.

Before this year, he had not won a match in two prior main-draw appearances. He will leave Indian Wells at a career-high No. 16 in the ATP rankings and as the new British No. 1.”I was a little bit uncomfortable. It was quite windy and… for a stage he went through, he hit so many winners and it was tough for me to get some confidence on my rally balls because the rallies were really short,” Norrie said.”He (Basilashvili) was just blasting winners, so when I made a couple of those big shots at that 5-4 game in the second set it gave me a lot of confidence.”I was able to find my feet and start moving again. I made the rallies physical like I’d been doing all tournament and it worked in my favour,” added Norrie.”I’ve been really enjoying my tennis and been enjoying being out on court and competing in the big moments,” Norrie said.”I’m just really pleased with how I handled the occasion. I think I’m doing a lot better with that this year. I lost a lot of those finals, so it’s nice to get the big one today,” he said.