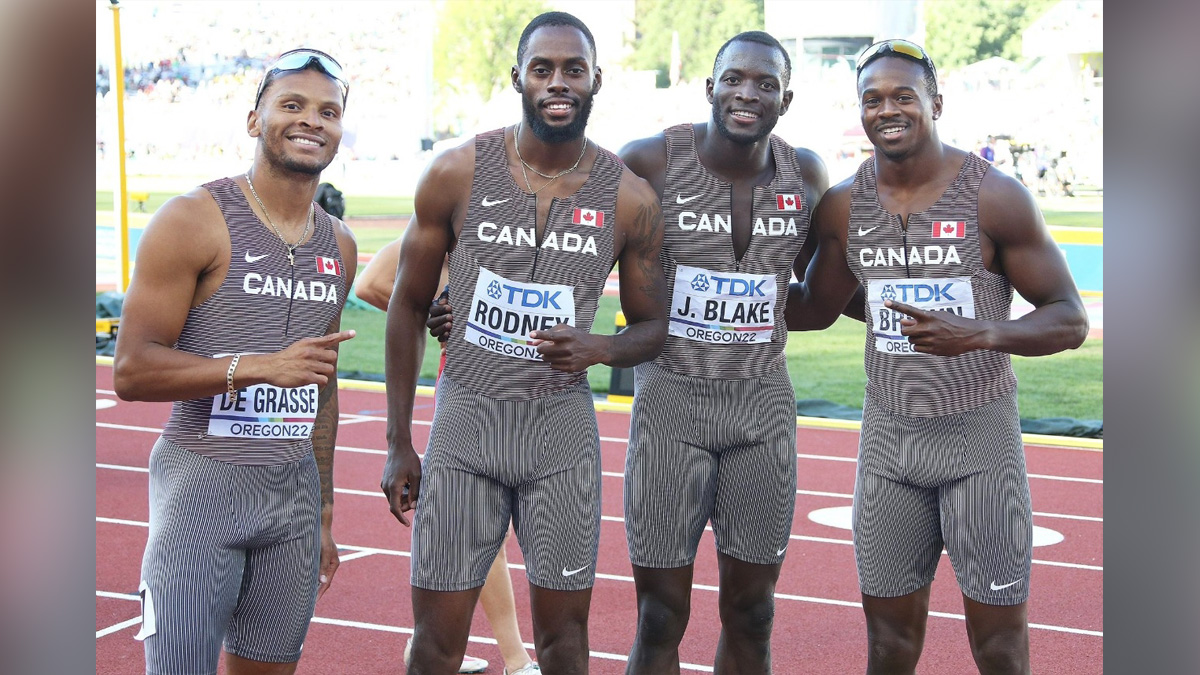 Eugene (US) : Canada upset pre-race favourites the United States to win the men’s 4x100m relay at the World Athletics Championships on Sunday (IST).

The Unites States, who took all six medals in the men’s 100m and 200m, led all the way in the first three legs, but were overtaken by Canada in the final leg due to a messy baton pass.

The Canadian team of Aaron Brown, Jerome Blake, Brendon Rodney and Andre De Grasse won in a world lead time of 37.48, 0.07 seconds ahead of the US team.

Britain took the bronze in 37.83.The United States won the women’s 4x100m relay with a world leading time of 41.14 seconds. Jamaica, led by Shelly-Ann Fraser-Pryce who took the 100m gold and 200m silver a few days ago, finished just 0.04 seconds behind to take the silver, while Germany pocketed the bronze in 42.03.

Olympic champion Sifan Hassan of the Netherlands looked set to go for the gold with 400m to go but ran out of steam after the last bend, finishing only sixth.In triple jump, Pedro Pichardo of Poland lunged to a winning distance of 17.95 metres in his first attempt to take the gold.

None of the jumpers could beat the distance in the remaining attempts that Hugues Fabrice Zango of Burkina Faso finished second with 17.55, while China’s Zhu Yaming claimed the bronze with a season best of 17.31.