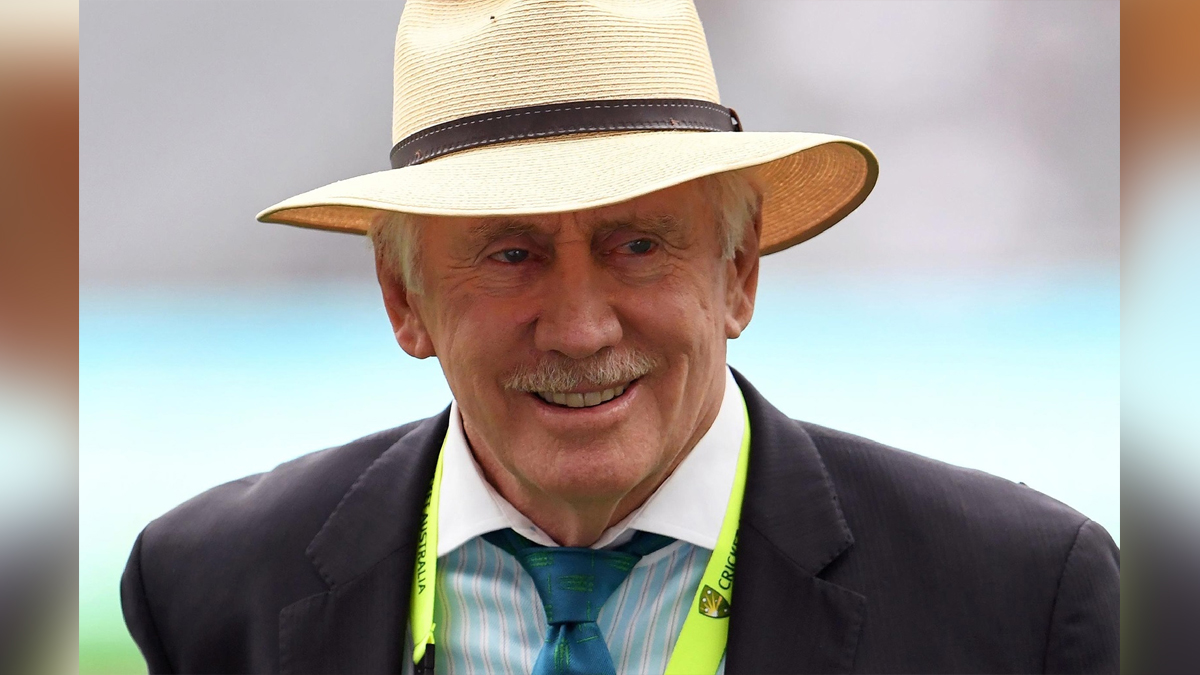 Captains should be suspended if teams are unable to bowl 90 overs in a day: Ian Chappell

Sydney : Former Australia captain Ian Chappell has asked for captains in Test cricket to be suspended if their teams aren’t able to bowl 90 overs in a day.
As per the current playing conditions, a minimum of 90 overs have to be bowled in a day of Test match action.

Earlier this month, after losing the rescheduled fifth Test to England at Edgbaston by seven wickets, India have been fined 40 per cent of their match fees and penalised two ICC World Test Championship points for maintaining a slow over-rate during the match.

India, led by pace spearhead Jasprit Bumrah, were found to be two overs short of the target after time allowances were taken into consideration.”While England have recently done much to improve the image of Test batting, the worrisome DRS, and over rates that continue to be glacial, need urgent attention.

Umpires don’t enforce on-field protocol in this regard, probably because they lack the backing of the administrators. This is unfair on patrons, who are short-changed.”

“The administrators could make some compromises and demand that players bowl 90 overs in six hours with no deductions accepted. A captain should be suspended without question if this aim isn’t achieved,” wrote Chappell in his column for ESPNCricinfo on Sunday.

Chappell further delved into the causes behind over rates being constantly abysmal in Test cricket. “Over rates have been declining for decades and yet they are virtually ignored as the focus is on the money-making capabilities of T20. The reason 90 overs in a day were originally recommended is because it’s very much possible for a team to bowl that many in that time.”

“Under Clive Lloyd, West Indies promoted the notion that over rates don’t matter when matches are being won in less than the allotted time. That argument is flawed.
The batting team should receive a reasonable number of deliveries in a six-hour day, while front-line bowlers tire at an acceptable rate. These days, overs are rarely completed even with extra time allowed – and those extensions are a blight on the game.”

Chappell also gave suggestions over how over rates can be improved in Test cricket, keeping the onus of it on the administrators of the game. “There are many areas for compromise.

The administrators could abolish advertising on sightboards, the replaying of possible boundaries, reduce the constant ferrying of drinks and gloves, and eradicate needless mid-pitch chats during overs.”

“They could also return to a back foot no-ball rule (without a drag problem), thereby virtually eradicating a boring facet of the game as well as improving over rates.

There is no doubt the better bats of the modern day create field-placement headaches for captains. Still, the often senseless spreading of the field hasn’t helped teams either dismiss batters or improve over rates.”