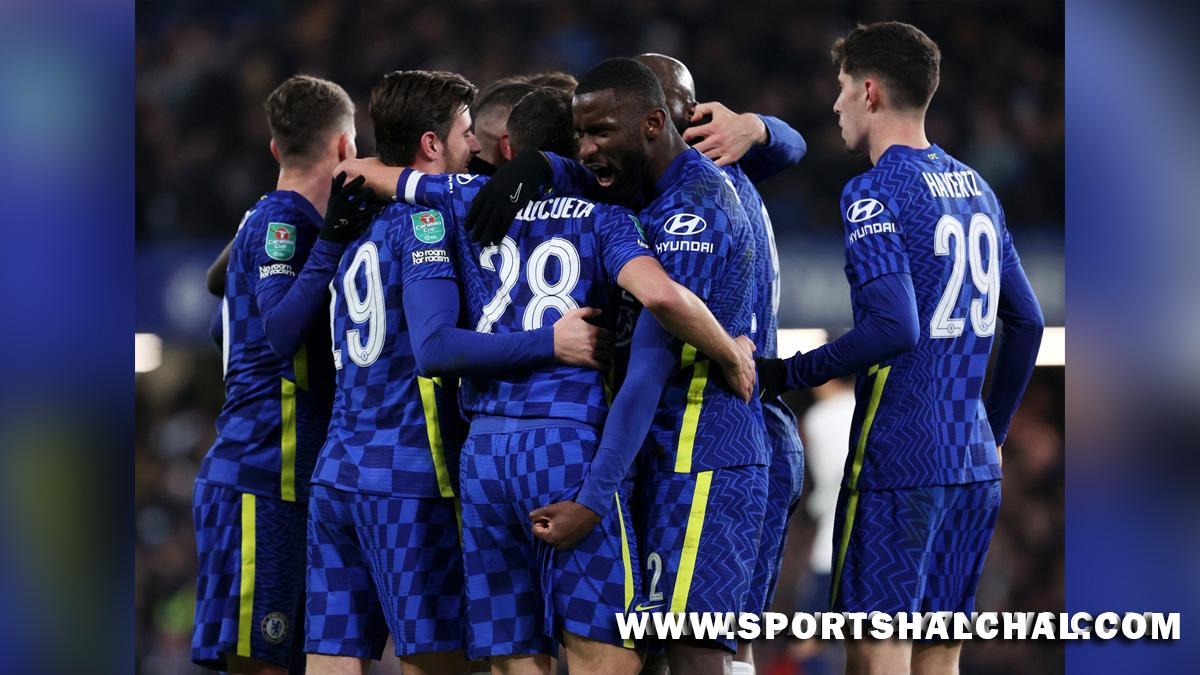 London : Five-time League Cup winners Chelsea now have an opportunity to make it six after beating Tottenham Hotspur 2-0 in the semi-finals of the annual Carabao Cup.The game was a hard-fought scrappy win with Chelsea going into half time with a two-goal cushion over Spurs, courtesy of a goal from Kai Havertz as well as an own goal by Ben Davies.The second half saw a formational shift from Spurs, who eschewed their preferred 3-4-3 set-up for a 4-2-3-1 formation with Coach Antonio Conte subbing off wingback Matt Doherty for midfielder Tanguy Ndombele.Unfortunately for him, this change was to no avail as Chelsea’s Manager Thomas Tuchel once again showed his tactical acumen by outwitting the experienced Italian.The big story of the match was undoubtedly the on-field return of Romelu Lukaku, who had been excluded for the League game against Liverpool after the controversial comments he had made on a Sky Sports interview.

Though the spotlight shone bright on the Belgian striker, he did not make much of an impact, his only notable moment being a missed header in the first half.One player who did shine, however, was Hakim Ziyech. The Moroccan was a constant threat throughout the game, delivering pinpoint crosses that were left wanting for a good finish, perhaps showing that he deserves to be utilised more in the first team rather than being on the fringes of the squad.Chelsea had come into this game with many notable absentees such as first-choice wing backs Reece James and Ben Chilwell, who were out because of injury, alongside keeper Edouard Mendy, who had been called up by the Senegalese national team for the Africa Cup of Nations (AFCON).Their strong squad depth ensured that these absences were not felt as Spurs now have to go back to the drawing board with this loss shattering their recent streak of good form.