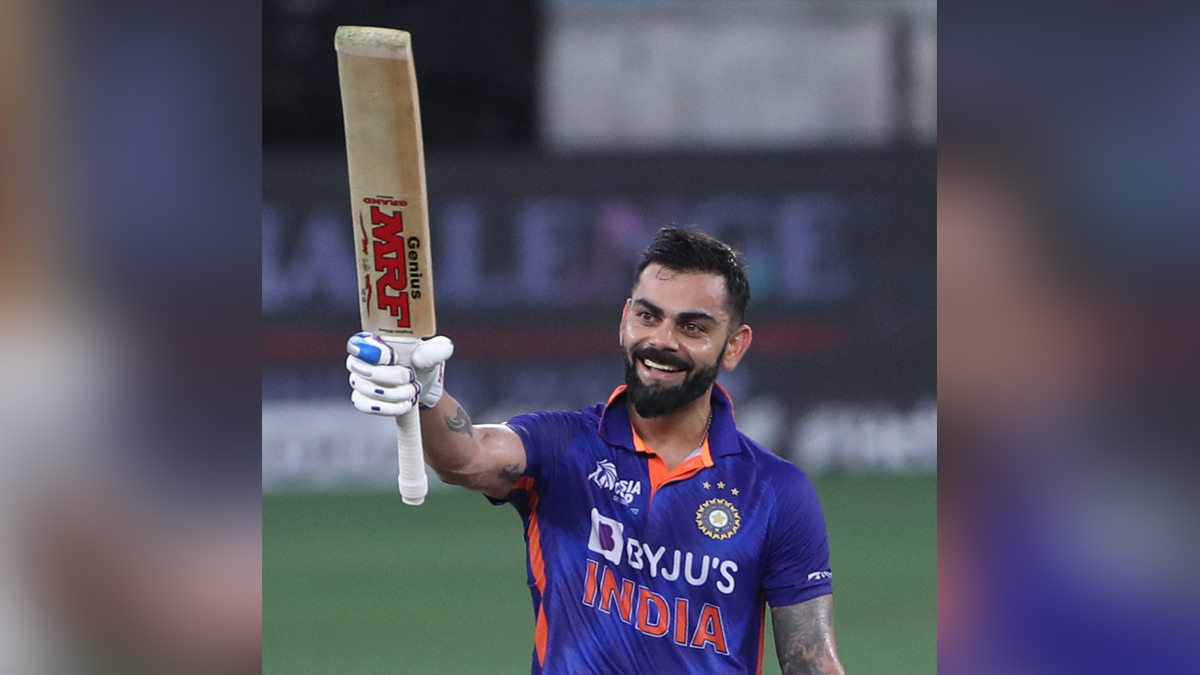 Century against Afghanistan was back to the Virat Kohli that we know : Rohan Gavaskar

New Delhi : Former India cricketer Rohan Gavaskar said talismanic India batter Virat Kohli’s unbeaten 122 against Afghanistan in Super Four match of Asia Cup 2022 was an exhibition of batting display where everyone felt like that his flamboyant, dominant version was back.

As captain Rohit Sharma was rested, Kohli was promoted to open the batting alongside stand-in captain KL Rahul. What followed next was something which anyone could not have predicted, as Kohli ended his drought of not scoring a century in international cricket for 1020 days with a sensational career-best 122 off just 61 balls, laced with 12 fours and six sixes, at a strike-rate of 200.

“When you say lethal, he was back to the Virat that we know. Back to the Virat, that 2016 Virat, an unbelievable run-scoring machine that he was in T20. So, he looked to be in that kind of form, which is great because he’s peaking at the right time.

With the big one, the world cup coming up, what you want is your players to peak at the right time and seems like he’s speaking at the right time,” said Gavaskar on ‘Sports Over The Top’ show on Sports18.

Kohli accelerated amazingly from 59 off 40 balls to get his next 63 runs off just 21 balls to score a long-standing 71st international century.Though Kohli’s century gave Indian fans tons of reasons to be happy, India were already out of reckoning for the Asia Cup 2022 final by then.

Moreover, Afghanistan stepped on the field just 18 hours after suffering a one-wicket heartbreak in a thrilling match against Pakistan in Sharjah.Gavaskar, though, quashed all of this and pointed towards the fact that Kohli scored an international century, which is also his first in T20Is.

“With all due respect, you’re talking to someone who has never scored a hundred.You ask any cricketer, doesn’t matter what level you play on, a hundred is a hundred. And this was an international hundred.”

Kohli signed off from Asia Cup 2022 as second-highest run-getter, with 276 runs in six matches at a strike rate of 147.59, including 122 against Afghanistan and a brace of fifties against Hong Kong and Pakistan respectively.

He will be next seen in action when India face Australia in first of three T20Is on September 20 in Mohali.