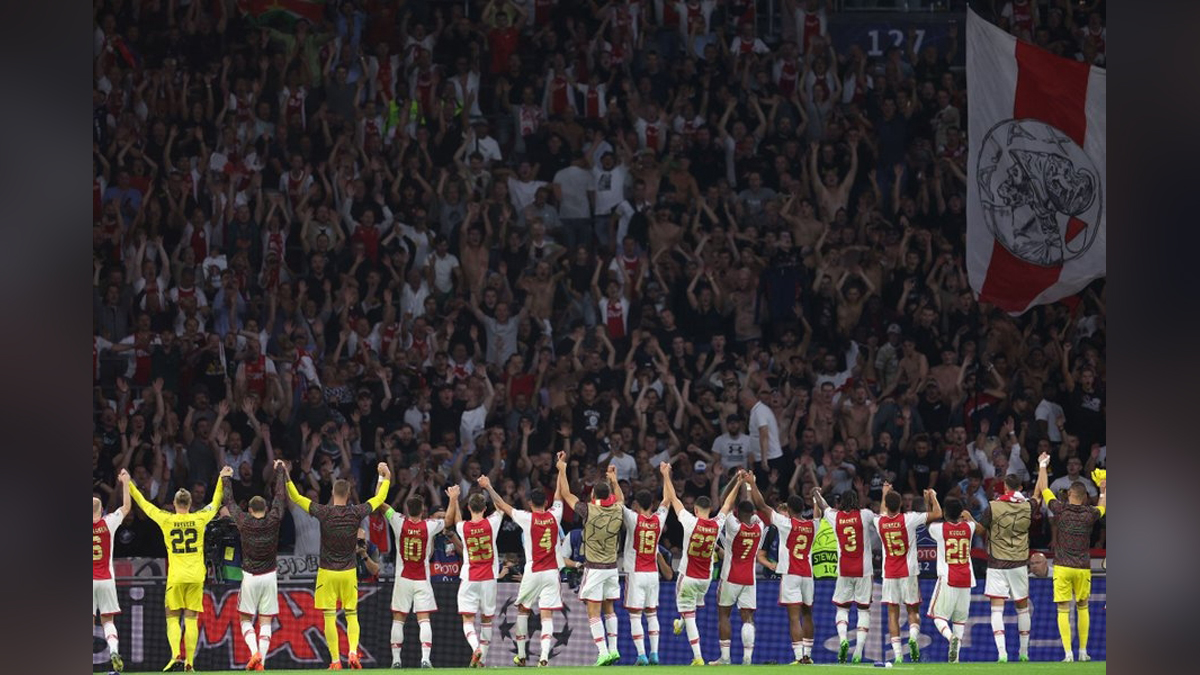 The Hauge (the Netherlands) : Dutch champion Ajax started their UEFA Champions League campaign with a convincing 4-0 victory over Rangers in Amsterdam on Wednesday.Ajax coach Alfred Schreuder surprisingly chose Mohammed Kudus as a central striker, while Calvin Bassey, who joined Ajax from Rangers in August, started in defense.

For Scottish giants Rangers, the match in the Johan Cruyff Arena marked their return to the Champions League after 12 years’ absence.From the beginning, Ajax outplayed Rangers. Edson Alvarez headed Ajax in front from a Steven Berghuis corner and the latter doubled the scoring.

The choice of coach Schreuder for Kudus, who was refused a transfer to Everton in August, turned out to be a shrewd one, with the Ghanaian playing well and hitting home the third goal, reports Xinhua.In the second half, the pace of the match slowed down and Ajax seemed satisfied.

A goal by Rangers’ Borna Barisic was disallowed for offside and Steven Bergwijn made it 4-0 after a mistake by Ryan Jack.Next up for Ajax in Group A is Liverpool at Anfield on September 13, while Rangers host Napoli.