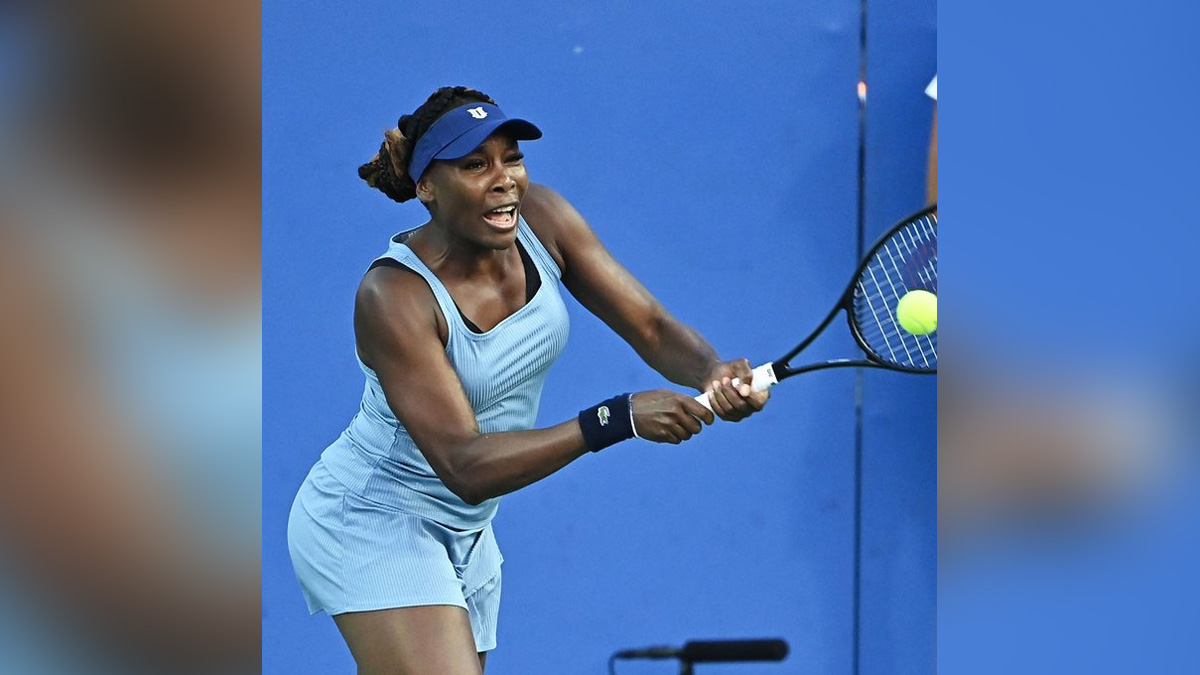 Citi Open : Venus Williams loses to Rebecca Marino on her return to singles

“Just a little rusty. I really put myself in good positions in the third set, too. Just trying to shake off some rust. That’s just to be expected. All I can do is just play another tournament and play better,” said Williams after the match.

In the clash between two excellent servers, superiority of the first delivery was the determining factor. Williams grabbed the one-set lead by winning nearly three-quarters of her first-serve points in the opener, where she never faced a breakpoint.

Marino, though, won 86 per cent of her first-service points in a commanding second set, showing that she could hang with Williams’ legendary power game, just as she had in their lone prior meeting 12 years ago at the 2010 US Open, where Williams prevailed in two close sets.

The 31-year old Marino has made a comeback of her own after an absence from tour between 2014 and 2017, and her results have steadily progressed to the point where she cracked the Top 100 last month for the first time since 2014.

The Canadian veteran’s recent successes helped in the final set, where Williams led by a break at 4-1. Marino cleaned up her unforced errors as the third set went on, and she found well-placed serves on critical points, including facing break point at 4-3, to sweep the final five games.

On the other hand, Williams struggled with double faults down the stretch in her singles return. Williams had 13 double faults in the match, including four in her final two service games.

The 42-year old Williams had not played a singles match since a first-round loss to Hsieh Su-wei in Chicago last August and the American legend is currently unranked.

However, she did not come into the Citi Open completely out of match experience.Williams paired with Jamie Murray in the Wimbledon mixed doubles, garnering one win and suffering an extremely narrow second-round loss in one of the best matches of the tournament.

At both Wimbledon and Washington, Williams exhibited good form and fitness against solid players, even in her losses. She will now move onto WTA 1000 events in Toronto and Cincinnati, where she is entered over the next two weeks.