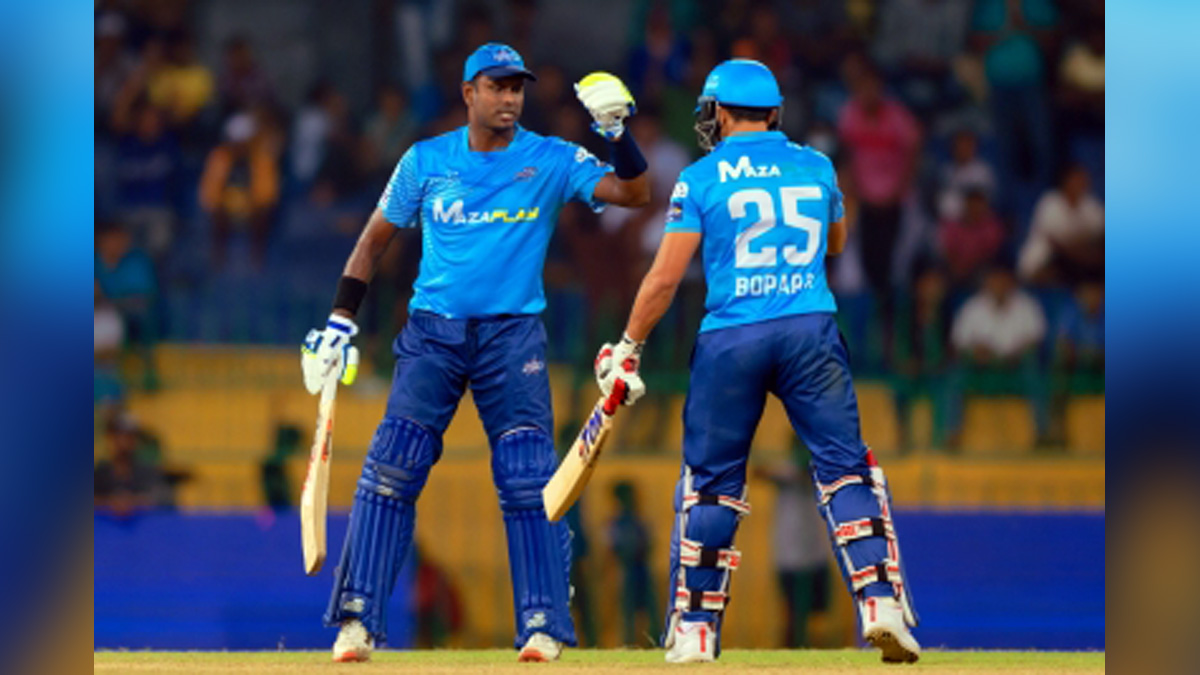 Colombo : Colombo Stars reached the final of the Lanka Premier League (LPL) 2022 with a thrilling 6-wicket win over Kandy Falcons in Qualifier 2 on Thursday. The Falcons made 168 runs with the loss of six wickets in 20 overs before the Stars chased down the target in 18.5 overs.

Batting second, the Stars did not begin the chase strongly. They lost the first wicket on just 13 runs as Nishan Madushka (11) got caught by Pathum Nissanka before Dinesh Chandimal built a big 90 runs partnership with Charith Asalanka. Chandimal scored 38 runs off 33 balls, while Asalanka hit 64 runs off 40 balls.

Kandy Falcons tried to get back into the match with the wickets of Chandimal and Asalanka, however, Ravi Bopara (29 not out) had other ideas on his mind. He played fantastic strokes and made a good partnership of 45 runs with captain Angelo Mathews (21 not out) to take the Stars to the final of the tournament.

Kamindu Mendis scored 23 runs off 29 balls to stop the flow of the wickets before captain Wanindu Hasaranga scored 77 not out off 34 balls to build a 92 runs partnership with Ashen Bandara (40) for the fourth wicket.