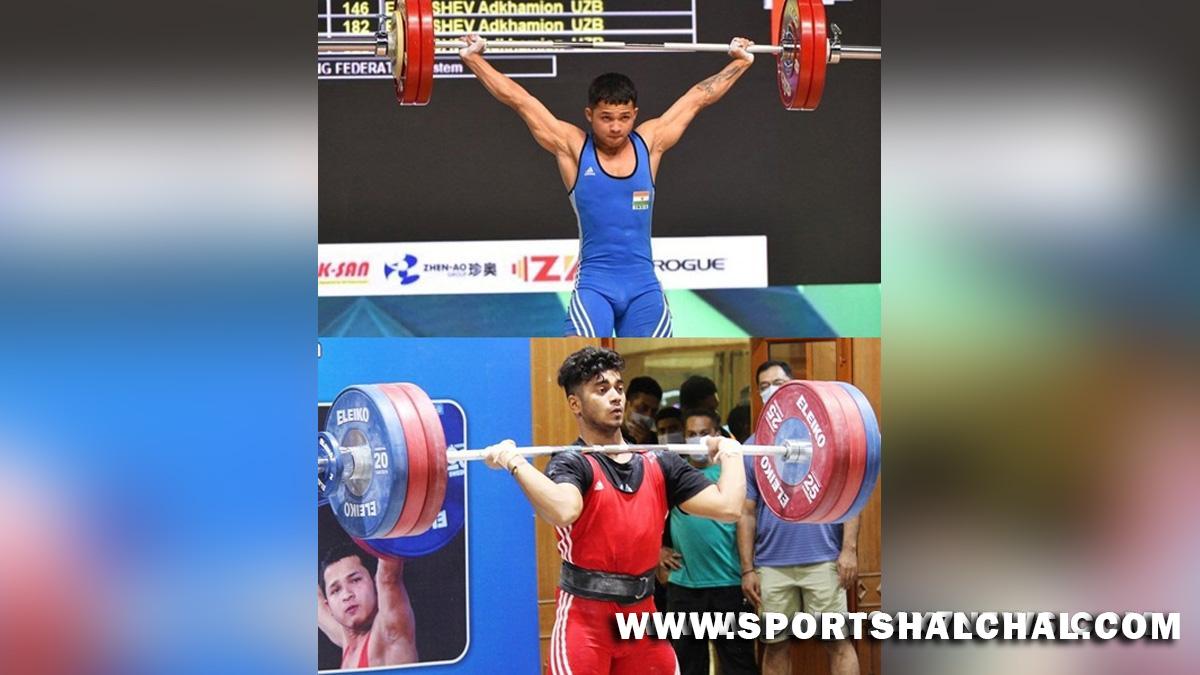 Tashkent (Uzbekistan) : Indian weightlifters Jeremy Lalrinnunga and Achinta Sheuli clinched gold medals in their respective categories at the 2021 Commonwealth Weightlifting Championships, here on Friday.The 2018 Youth Olympic gold medallist Lalrinnunga lifted a total of 305kg a national record, lifting 141kg in snatch and 164kg in clean and jerk to finish on top of the podium. Nigeria’s Joseph Edidiong (295kg) won silver while Sri Lankan Manoj Wihesinghe (254kg) took home the bronze.With his gold medal, 19-year-old Jeremy also booked a berth at the 2022 Commonwealth Games, to be held in Birmingham.However, at the World Weightlifting Championships 2021, which are being held concurrently, Jeremy’s total of 305kg could only put him seventh on the overall leaderboard.

Uzbekistan’s Doston Yokubov was declared the men’s 67kg world champion for his total lift of 324kg (144+180), followed by Francisco Mosquera of Colombia, who lifted 316 kg one kg more than bronze winner Zulfat Garaev.Lalrinnunga was pipped to the snatch podium by Pakistan’s Talha Talib, who lifted 143kg to win bronze. Russian Weightlifting Federation’s Zulfat Garaev (146kg) won the snatch gold while local hero Doston Yokubov (144kg) took silver.Yokubov and Mosquera were also on the clean and jerk podium, lifting 180kg and 179, respectively. Uzbek Adkhamjon Ergashev stood third with 174kg.Meanwhile, in the men’s 73kg division, India’s Sheuli bettered his national records in both snatch (143kg) and clean and jerk (173kg) to total 316kg and win the Commonwealth gold medal. He too will represent India at CWG 2022.In the worlds, Achinta Sheuli could only finish seventh on the overall leaderboardIndonesia’s Abdullah Rahmat Erwin was the overall world champion and also claimed top honours in the clean and jerk, lifting 192kg in his last attempt. The snatch gold went to Calja Briken of Albania for his 156kg attempt.