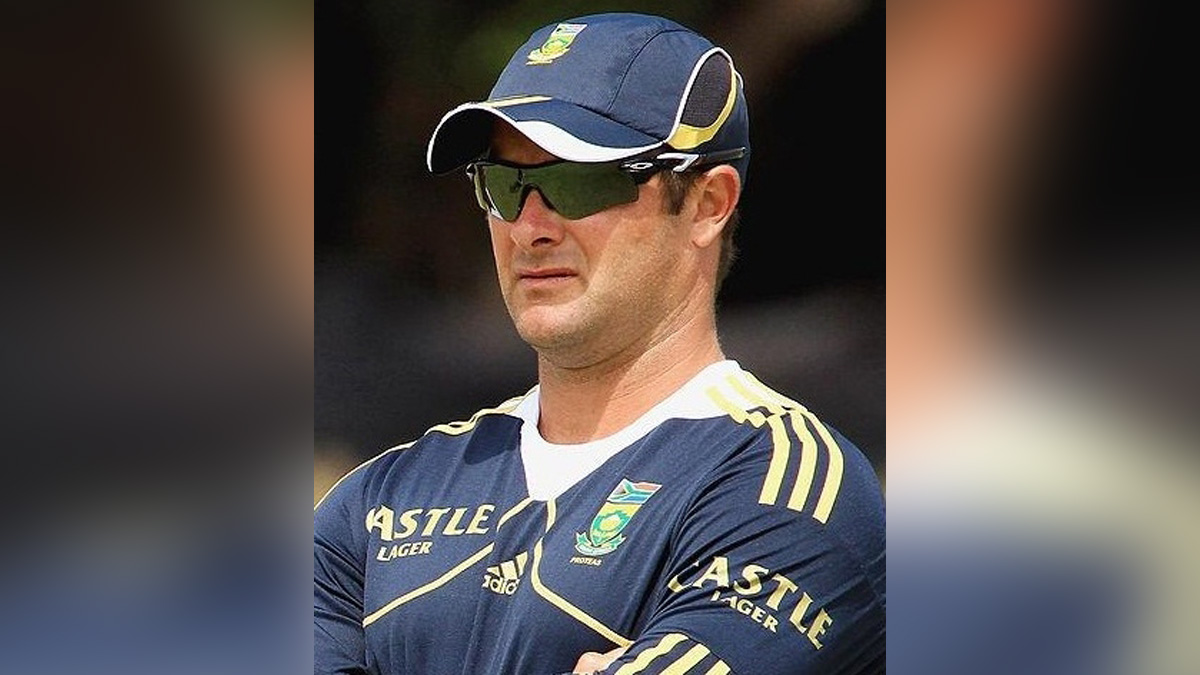 Communication in side will be the key during gruelling 2-month tour of England : Mark Boucher

Taunton : South Africa men’s team head coach Mark Boucher is hoping his players give a good account of themselves in the two 50-over warm-up games against England Lions at Taunton and Worcester before the two-month-long tour kicks off in right earnest with the first One-day International against England on July 19.

The Proteas arrived in England over the weekend for their tour and have been acclimatising to the northern hemisphere summer at their base in Taunton.As part of their preparation for that initial leg of the journey, they will take on the England Lions in two 50-over warm-up matches the first of which will be played later on Tuesday.

Boucher said the warm-up matches would be a good place for everyone to stake a claim for an opportunity to play.”We’ve got quite a few options and these games that we’ll be playing in the next few days will hopefully allow us to understand and get to know where the players are as individuals,” the former cricketer was quoted as saying by Cricket South Africa.

“So we have quite a good quite a good idea barring one or two extra batters who our front line-up is going to be. We’ll just have to see how the form plays itself out and hopefully we get the proper headache of having everyone in the runs.

“Boucher also spoke about what he was hoping to achieve from the two warm-up games.”There are 17 players, so as much as we can we’ll try to give everyone a go. Unfortunately, it’s two games of cricket, in the first one we’ve opted for a game where we’ll try and get all our batters to bat and then all of our bowlers to bowl.

So we don’t know how the game’s going to plan out.”We’re having training and practices around these two games now as well where we’ll try to accommodate everyone. It’s quite difficult to do that when you’ve got 17 guys to look after.

The second game will be a List A game so it’s basically the 11 that you choose, and I’d like to think that it’s going to be close to what we are looking to play in the first game (versus England),” he added.Boucher said communication in the camp would be the key for the success of the side during the gruelling tour.

“It’s not new to us where we’ve had big squads of even 19,” he added. “I think that communication is key and the players need to understand that out of your squad, only 11 can actually go onto the park.

“In the short period of time that we’ve got before the first One-Day International, we need to look after those 11 players as we get close to the starting game, so we’ll see what we can do to try and accommodate everyone.The conversations will be had and hopefully everyone gets an opportunity to put their case forward.”