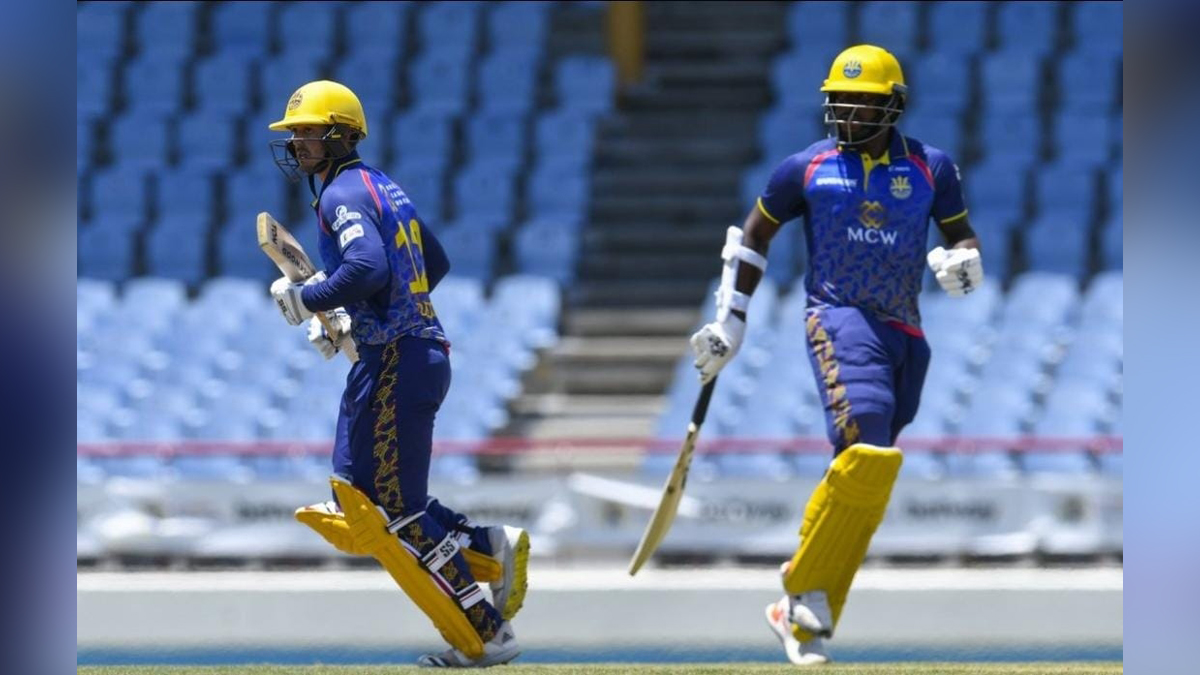 Saint Lucia : The Barbados Royals secured their third successive victory of the 2022 Hero Caribbean Premier League (CPL) season with a resounding win over Trinbago Knight Riders by 80 runs following the application of the Duckworth Lewis system as the match was hit by rain.

The Knight Riders won the toss and chose to field. However, a brilliant opening stand of 85 runs between Kyle Mayers (52) and Quinton De Kock (44) built the platform for Barbados Royals to run up 194 for 4 in 20 overs.

The Powerplay produced 67 runs. Later David Miller scored a whirlwind 60 runs from just 36 balls.In a chase affected by rain, Knight Riders suffered a batting collapse. They lost six wickets in the Powerplay before rain brought a premature end to proceedings with the score at 51-7 after 8 overs.

The Royals were adjudged winners by 80 runs.For Barbados, Devon Thomas with his off-spin took the big wickets of Tim Seifert and Knight Riders captain Kieron Pollard. Obed McCoy took the wicket of Nicholas Pooran with the last ball of the Powerplay before Andre Russell lost his wicket in the following over.

With 8 overs bowled and the Knight Riders 51-7, heavy rain forced an early end to the match, with the Royals winning on DLS by 80 runs.Barbados Royals maintain a 100 percent record in three matches while Trinbago Knight Riders have suffered their first defeat of the season.