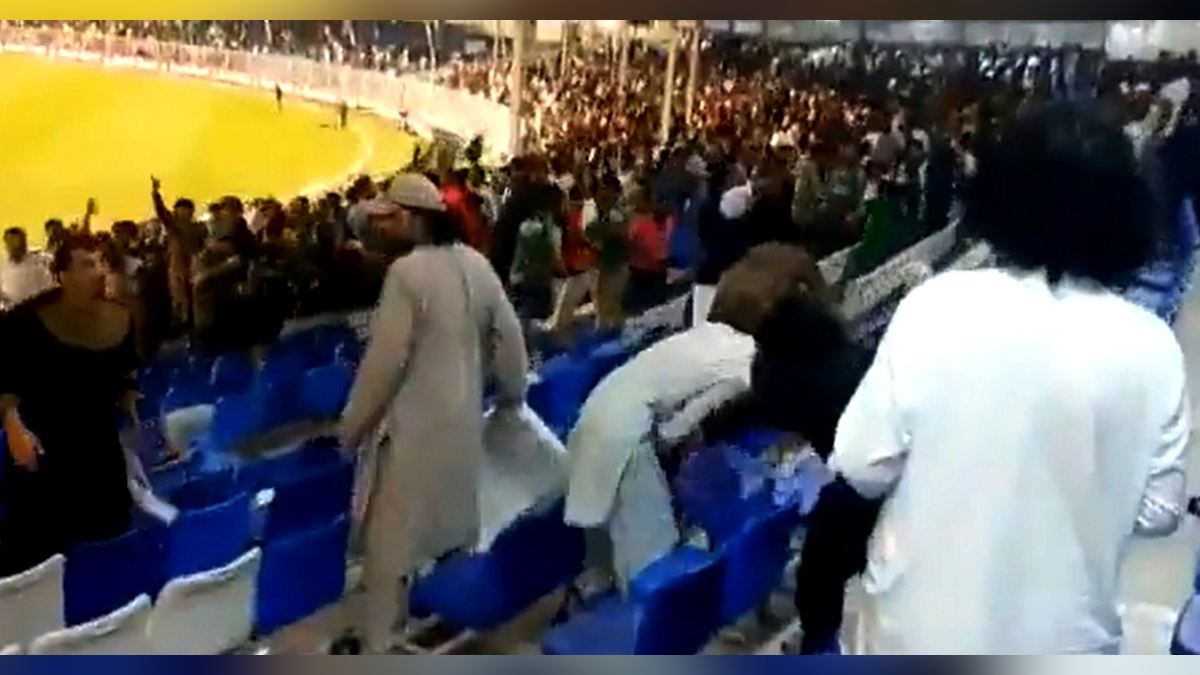 Sharjah : Pakistan’s last-gasp win against Afghanistan in the Asia Cup 2022 saw acrimonious scenes both on and off the field as players from two sides as well as supporters clashed on Wednesday night.

While Pakistan’s Asif Ali and Afghanistan’s Fareed Ahmad were involved in a heated altercation during their Super 4 clash, fans of the two sides had a violent clash in the stands after Afghanistan lost the match in the final over.

The incident on the field happened when Fareed dismissed Asif just after being hit for a six in the 19th over.Fareed celebrated animatedly right in front of Asif, who in return pushed the bowler back and when countered again by the bowler, he almost hit him with the bat before the other Afghanistan fielders came and took the Pakistani cricketer away.

In the last over, Naseem Shah smashed two back-to-back sixes to seal the game for Pakistan and take the Men in Green to the final of the multi-nation tournament, ending India’s slim hopes of reaching the summit clash.

Soon after the match ended, the acrimony spilled out into the stands as a fight broke out between the two teams’ supporters in the stands, with AFghan fans hurling chairs at their Pakistani counterparts.

According to videos of the post-match incidents that surfaced on the internet soon, the clash took an ugly turn as supporters of both teams clashed in the stands.According to some reports, Afghan fans allegedly attacked Pakistani supporters after the match, raising slogans like “Afghanistan Zindabad.”

The fans also allegedly vandalised the Sharjah Cricket Stadium.The authorities are yet to react to the incidents on and off the field. The Asian Cricket Council (ACC) is expected to have its say on the on-field confrontation between the players later on Thursday.