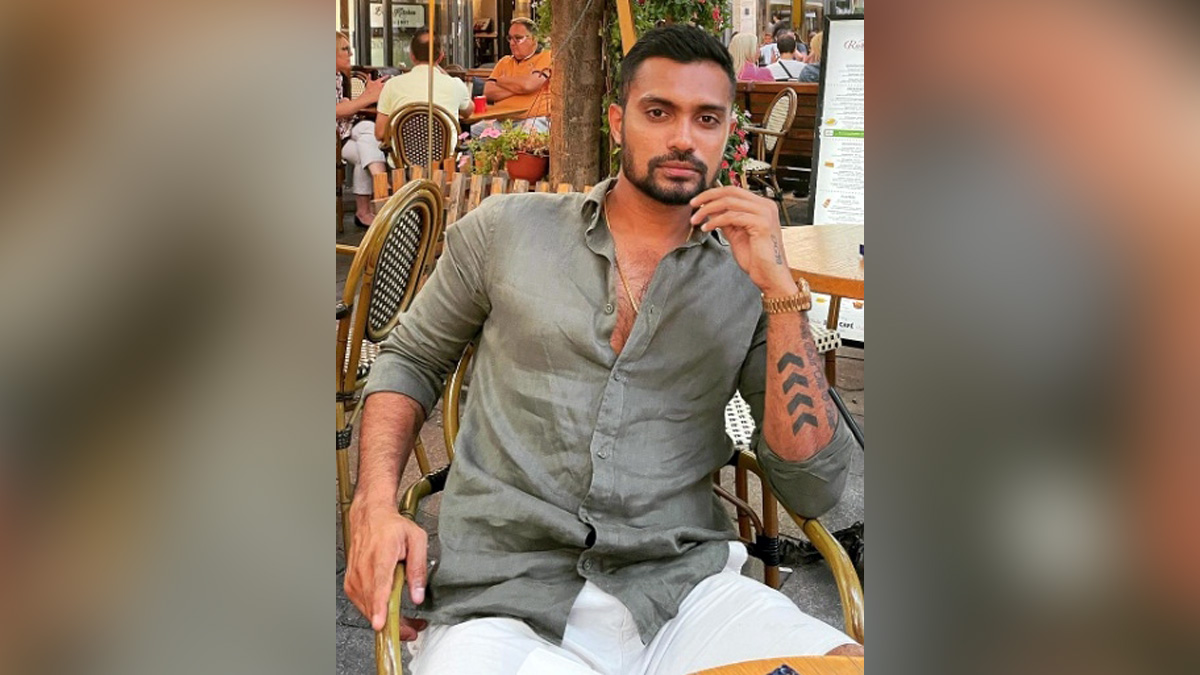 Danushka Gunathilaka was moments away from leaving for Sydney airport when he was dragged out of team bus : Report

Sydney : Sri Lankan left-hand batter Danushka Gunathilaka, who was arrested in Sydney on Sunday morning for allegedly sexually assaulting a 29-year-old woman in Rose Bay earlier last week, was reportedly moments away from leaving for the airport to fly back home when he was pulled out of the team bus and apprehended by police, a report in the Daily Mail has said.

Gunathilaka, who was ruled out of the T20 World Cup in the first round itself with a hamstring injury, was replaced in the squad. The 31-year-old, who has played eight Tests, 47 ODIs and 46 T20Is, however remained with the side during its campaign.

According to New South Wales Police department, the 31-year-old Sri Lankan cricketer was communicating with a woman for a few days “via an online dating app before they met in person”. The latest report said he was in touch with the woman on Tinder before he allegedly sexually assaulted her on the evening of November 2.

Gunathilaka, who spent Sunday night behind bars, has reportedly applied for bail in a Sydney court. He faces four counts of rape.The report said Gunathilaka and his teammates were preparing to leave their hotel in Sydney’s CBD (central business district) around 1 a.m. on Sunday after being eliminated from the T20 World Cup hours earlier, when the police arrived and dragged the cricketer off the bus.

The report added that while the entire Sri Lankan side, led by skipper Dasun Shanaka flew home, Gunathilaka was taken for questioning and charged. “He was refused bail and spent Sunday night in the holding cells of Surry Hills Police Station.”

Gunathilaka’s defence lawyer Ananda Amaranath was quoted as saying in the Daily Telegraph that, “He was hoping it (case) would get to court on Sunday, so he’s disappointed that didn’t happen, but he is holding up OK.”

“He is quite concerned about what will happen if he can’t get back to Sri Lanka… these are serious charges and it could take a year or more for this to be finalised, so he is very worried about that too.”

Sri Lanka Cricket (SLC) had confirmed on Sunday morning that they had been notified by the International Cricket Council (ICC) about the arrest of their 31-year-old left-hand batter Danushka Gunathilaka in Sydney on the allegations of sexual assault of a woman.

The country’s cricket governing body added it will “closely monitor” the court’s proceedings and “expeditiously initiate a thorough inquiry” into the matter.”Sri Lanka Cricket confirms that it was notified by the ICC that player Danushka Gunathilaka has been arrested on the allegations of sexual assault of a woman in Sydney, and Mr. Gunathilaka is due to appear in court tomorrow (November 7, 2022).

SLC will closely monitor the proceedings in court and, in consultation with the ICC, will expeditiously initiate a thorough inquiry into the matter and take stern action against the player if found guilty,” said a statement from SLC.

Australians were so emotionless; it would have been a miracle had they made the semifinals : Simon O’Donnell

Shane Watson slams CA, says David Warner’s leadership ban should be lifted so that he can be made T20I skipper