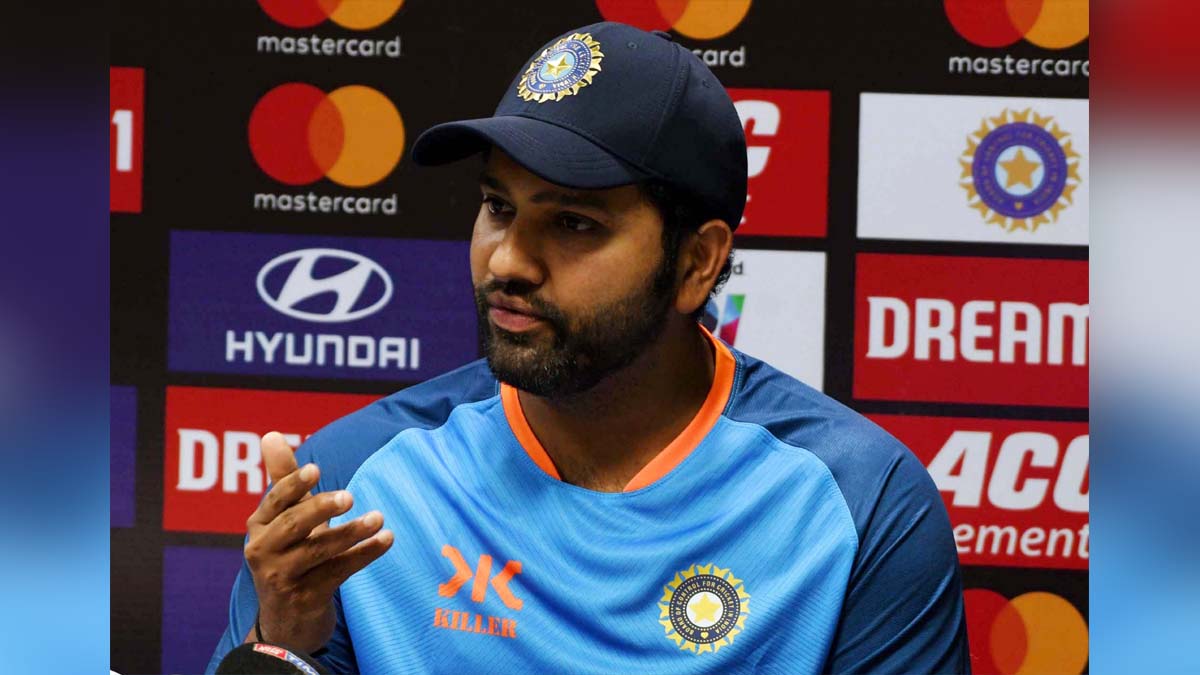 I have not decided to give up the format: Rohit Sharma on his T20I future

Guwahati : India captain Rohit Sharma stated that he has no plans of giving up playing the T20I format amidst talk over seam-bowling all-rounder Hardik Pandya being handed over T20I captaincy ahead of the 2024 T20 World Cup.

Rohit is set to make his return to competitive cricket through the first ODI against Sri Lanka at Guwahati on Tuesday, after sustaining a left thumb injury during the second ODI against Bangladesh on December 7.

That injury made him unavailable for the third ODI, Tests against Bangladesh as well as the T20I series at home against Sri Lanka. In his absence, Pandya led India to a 2-1 series victory earlier this month.

“Firstly, it is not possible to play back-to-back matches. You need to give them (all format players) enough breaks. I definitely fall into that as well. We have three T20Is against New Zealand (later in January). We will see what happens after IPL. I have not decided to give up the format,” he said in the pre-match press conference.

Rohit went on to describe the late pullout by pace spearhead Jasprit Bumrah as a ‘very unfortunate incident’. On the eve of the first ODI against Sri Lanka, the Board of Control for Cricket in India (BCCI) said Bumrah won’t play in the series, citing the need for some more time to build bowling resilience.

It added that the decision has been taken as a precautionary measure, with no replacement being named in Bumrah’s absence, further delaying the competitive cricket comeback of the right-arm fast-bowler, who has been out of action due to a back injury since September 2022.

“The poor guy has been working really hard at the NCA all the time. Just when he got into full fitness and started to bowl, this incident happened in the last two days, where he felt a little bit of stiffness in his back. It’s nothing major; it’s still just stiffness and if Bumrah says anything, we have to be very cautious about it. That is what we did.”

“It was very important for us to make that decision then to just pull him out because when we named him (in the squad), he was in the process of getting his workload done. He was bowling in the nets and felt a little bit of stiffness in the back. So, we had to pull him out. We need to be very careful with him as he had a major injury before the World Cup and just need to be careful with him,” he added.

Rohit also confirmed that right-handed batter Shubman Gill will open the batting alongside him at Guwahati on Tuesday, meaning left-handed wicketkeeper-batter Ishan Kishan, who made a sensational career-best 210 while opening the batting in his absence against Bangladesh at Chattogram in December 2022, will have to sit out of the playing eleven.

“Both openers (Gill and Kishan) have done really well. But looking at how both have gone through, I think it is fair that we give Gill a chance to have a fair run because in the last (few) games Gill got a lot of runs as well.”

“I am not going to take anything from Ishan. He has been wonderful for us. He got a double hundred and I know what it takes to get a double hundred, it is a great achievement. But just to be honest and be fair to the guys who have done really well before that we need to give those guys enough chances as well.”

“It is unfortunate that we won’t be able to play Ishan but looking at how things have panned out for us in the last 8-9 months, looking at how the ODIs have gone through for us, it is fair to give Gill that run and he has done extremely well in that position. We will definitely try out and keep Ishan in the mix and see how things pan out for us as we play a lot of games ahead,” he concluded.