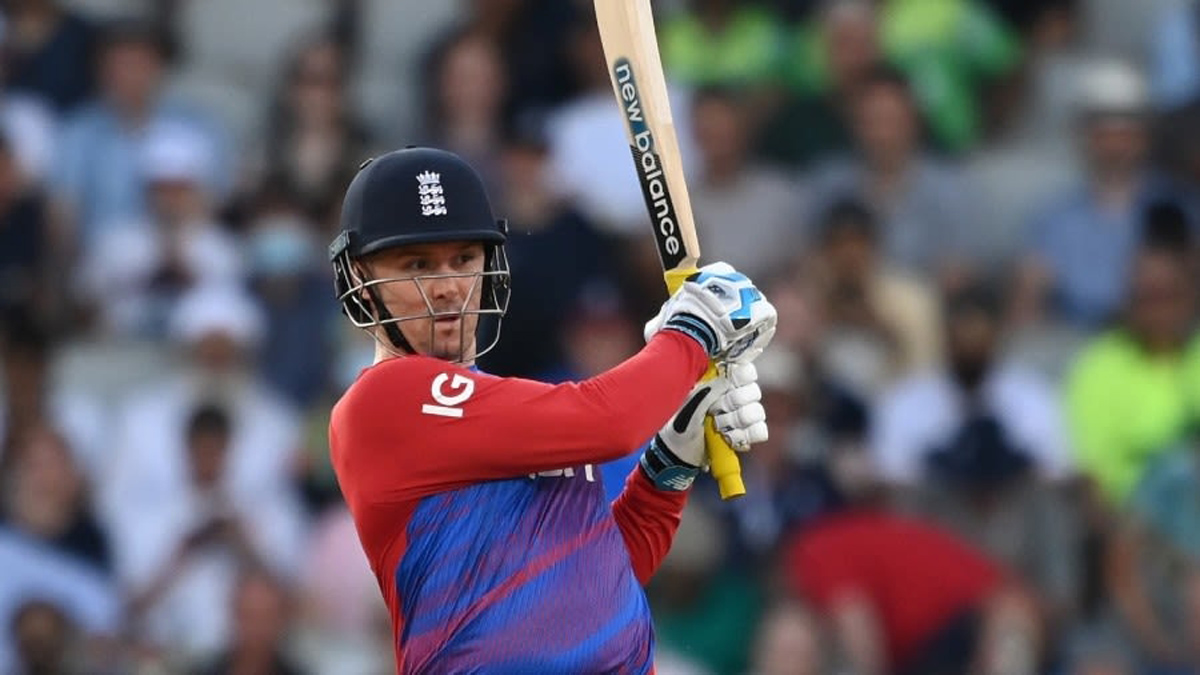 London : The England and Wales Cricket Board (ECB) have included Phil Salt in their squad for the ICC T20 World Cup in Australia later this year with Jason Roy missing from the 15-member group following an unimpressive run for the national side and in The Hundred.

The prolonged lean run of Roy, which has seen him score just 206 runs at 18.72 in the 11 T20Is he’s played since the previous edition of the ICC T20 World Cup in the UAE last year, is being attributed as the reason for Salt’s inclusion.

Salt had made his T20I debut earlier this year.Salt has been rewarded for his strong domestic form in the ongoing The Hundred tournament, where he is among the top run-getters. He is at No.2 with 313 runs in eight games, averaging 44.71.

Charismatic top-order batter Jos Buttler will lead the side in his first World Cup as captain, taking over from Eoin Morgan, who quit international cricket earlier in the year.Buttler is currently nursing a calf-muscle injury and will not be leading England’s limited-overs tour to Pakistan.

All-rounder Moeen Ali will lead the side against Babar Azam’s side in seven T20Is. However, ECB is confident Buttler will regain full fitness before the World Cup gets underway.Dawid Malan has also earned a recall after performing in England’s recent series against South Africa.

The left-hander has a strike rate of 148.27 in T20Is this year, and is the like-for-like replacement for Morgan. He is also the current leading run-scorer of The Hundred with 358 runs at 59.66.

On the bowling side, Tymal Mills, who was the leading wicket-taker at last year’s competition up until his tournament-ending injury, has been left out of the main squad but was added as a travelling reserve along with Liam Dawson and Richard Gleeson, according to ICC.

The ECB have confirmed that seamers Mark Wood and Chris Woakes have recovered from their respective injuries and have been named in the 15-strong squad. The team will aim to better their semifinal finish at last year’s T20 World Cup, and begin the 2022 campaign on October 22 against Afghanistan in Perth.

England have named a 19-member squad for the Pakistan tour ahead of the T20 World Cup, featuring five uncapped players: Jordan Cox, Tom Helm, Will Jacks, Olly Stone and Luke Wood.Their squads for the Australia series are the same as the one they’ve named for the T20 World Cup.

Squad for T20 World Cup and T20I series against Australia: