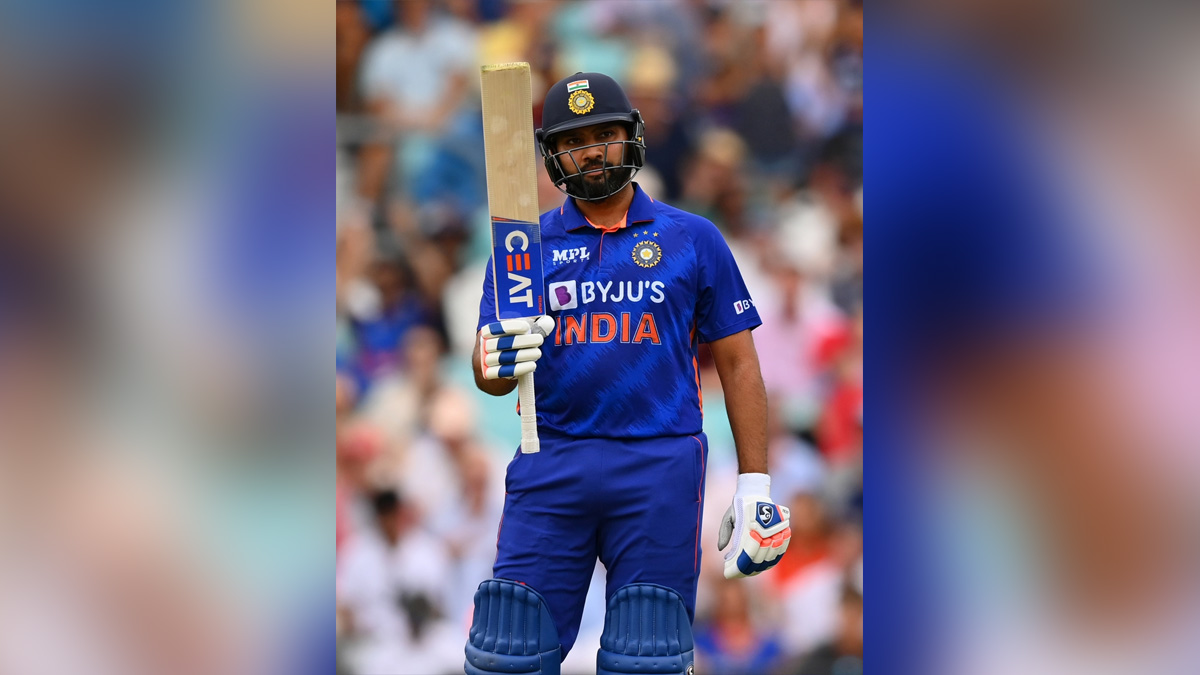 London : In the first ODI at The Oval, the opening pair of captain Rohit Sharma and Shikhar Dhawan knocked off the target of 111 with ease. But in the second ODI at Lord’s, the famed Indian top-order suffered an all-familiar meltdown in English conditions while chasing 247.

With England finding some nip off the pitch, tall left-arm quick Reece Topley was straight into his act, taking out Sharma for a 10-ball duck by getting one to come in and hit the back pad, burning a review in the process.

Topley then had Dhawan strangled down leg and gave a catch behind to Buttler.With Topley and David Willey applying pressure with their miserly spells, Rishabh Pant smacked a Brydon Carse full toss straight to mid-on, departing for a two-ball duck.

Willey then claimed the big scalp of Virat Kohli as the right-handed batter tried to chase a wide ball and gave an easy catch to Buttler.From 31-4 in 12.2 overs, India tried to put forward a show of resistance. But it was extinguished by England just as when it started to evolve into a rescue act, giving the hosts a 100-run victory.

After the match ended, Sharma demanded for the batters to change their mindset and think positively to avoid meltdowns like the one on Thursday in future, citing the 2017 Champions Trophy final and 2019 ODI World Cup semifinal.

“Of course, it has happened for us on a few occasions now. It is something that we want to keep in mind moving forward. We have spoken about that a lot, it has happened not only in the 2019 World Cup, also in the Champions trophy, and a few other games as well where we were put under pressure and we lost wickets and we were 20 for 3 or 40 for 4.

“That is where I want the guys to change their mindset a little bit and try and see if they can be a little extra positive and try and take the game on because I know the target is small, you’re chasing 230-240.

But obviously, is there another way that you can take when you’re chasing a target like that? Is there something different that you can do as a batting unit?” said Sharma in the post-match press conference.

Sharma pointed towards an attacking approach from the batters, something which they have been doing in T20Is since the home series against South Africa in June. “I think so, yes, you can. More often than not unless you see what is in store, you will never know what to expect.

Now, it has happened to us on a few occasions where we were 20 or 30 odd for three or four (wickets).”But that is where we want these guys to take the game on and see if they can find something different about their own game rather than looking at the team’s goal.

I think if they can get the team out of that situation, imagine the confidence they are going to get from that.”So it is something that we have definitely spoken about. But it depends on each individual at that particular moment as well.

That is where I think the role of the management comes into play and ask them to go and play freely and show them that what they trying to do in the middle is absolutely right.”England lost their top six for only 150.

But Moeen Ali and David Willey had a 62-run stand for seventh wicket to reach 246. In contrast, India’s tail began from number eight and were bundled out quickly. Sharma felt that the lower-order runs is a potential area of improvement for India.

“England recovered well after losing six wickets for 150. They had some partnerships and made 246. It is also a challenge for us when we lose five-six wickets, we need to learn how to get runs from lower down the order batters, which has happened with us for a long time.