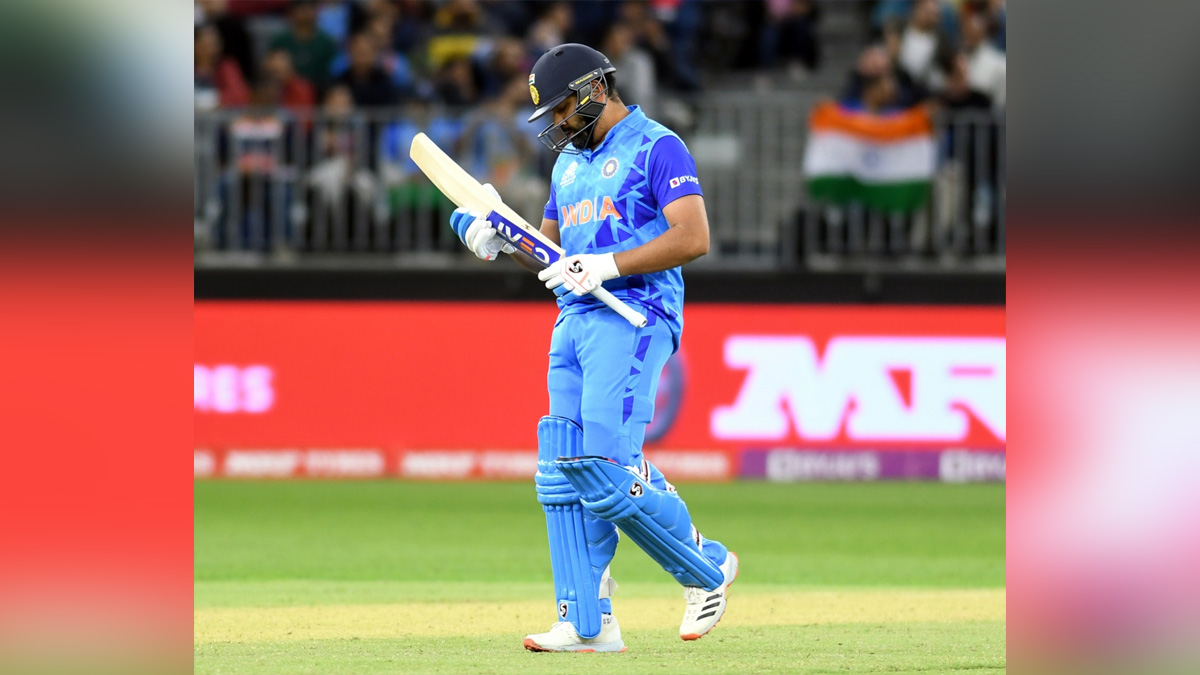 Adelaide : The dimensions at the picturesque Adelaide Oval are different as compared to other grounds in Australia. Depending on which used pitch will be picked for Thursday’s semifinal between India and England at the T20 World Cup, the square boundaries are around 57-67 metres, while the straight boundaries are longer, in between 79-88 metres.

In this situation, India have a slight edge over England, having played their tense five-run win over Bangladesh via DLS method at this venue last week. England, on the other hand, will be playing at the Adelaide Oval for the first time in the competition.

India skipper Rohit Sharma noted that the change in dimensions ahead of the semifinals required a shift in mindset for batters as well as bowlers at Adelaide Oval, while believing the advantage of having played here earlier would help them on Thursday.

“That’s one of the challenges that we have had in this tournament. Usually when you play for example, last year in Dubai, the dimension of the ground didn’t change too much. We know there was one side bigger, but other than that, not too many things changed.

For them, it’s a huge challenge to adjust to that length and the shot making, as well. I think we adapted to that pretty nicely. We were put under pressure in some of the games, but I thought we responded to that pressure really well,” said the right-handed opener in the pre-match press conference.

With Adelaide having a reputation for being a high-scoring ground, Rohit admitted that the short boundaries have been the centre of talk amongst the Indian think-tank. “Adelaide is one ground where again, you have to go back and understand what sort of tactics you want to use here because the last game we played in Melbourne, completely different.

Now Adelaide, the side boundaries are a little shorter.”Of course we’ve had a lot of talk about it in our group, about what we want to do before we actually played that game against Bangladesh because since then we’ve been playing on the grounds which had longer side boundaries, so you could bowl your slower balls into the pitch.

“The bouncers and the batsmen needed to adjust to that, as well, but when we came to Adelaide it was a completely different scenario, and we do understand that having played a game here, we do understand what we need to come up with when it comes to planning and tactics.”

In the tournament, Rohit has scored just 89 runs in five matches and was out in the powerplay four times, barring a scratchy 53 against Netherlands at SCG. He explained how changes in nature of pitch and variations in boundary dimensions has made it difficult for his batters to play instinctive shots.

“A lot of the players in our squad are quite instinctive players. They like to see the ball and react to it, and if you see from the top order until No. 7, No. 8, we’ve seen different kinds of performances from them, as well.

That’s only because a lot of the players are instinctive, and also some of the players like to play according to the situation, as well.”I remember talking about coming out and playing fearlessly for a number of months now, but certainly in this tournament it has not happened quite well for us because looking at how the conditions are here, you just don’t want to come out and swing your bat; you want to understand the conditions.

The ball is swinging a little more than what we have experienced in the last year.”That deviation, coupled with fast bowlers calling the shots in favourable conditions for them, has meant that India haven’t been able to take out their ultra-attacking approach with the bat, which requires them to attack the bowlers from word go.

“So you’ve got to respect that condition. It’s not just us; you can see the number from the entire tournament of the powerplay overs from all teams. It’s not been that great from all the teams. It’s only because of the conditions that has to offer, and I thought that is where our adaptability came into the picture, and guys adapted quite well, understood the situation and played accordingly, which is a good sign.

“That is what a good team can do, adapt quickly, assess the conditions really quick, because it’s not we don’t have too much time here. All of that I think we did that pretty well. It’s just about now understanding and going out and executing the same plans.”